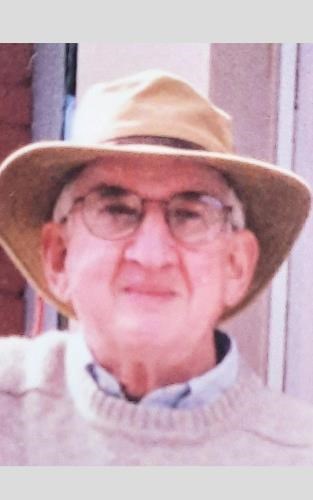 BORN
1931
DIED
2021
PHILIP PERRY PFEIFFER
Philip Perry Pfeiffer completed his story on July 13, 2021.
Born November 1, 1931, son of Theodore (Papa) and Lily Pfeiffer, the middle child of 5, Philip leaves surviving: his wife of 65 years, Barbara; his daughter, Janet; and son, Christopher, along with many loved relatives throughout the country.
Philip, whose birthplace was Buffalo Township, Wisconsin, traveled both nationally and internationally throughout his life. His father, a Chaplain in the United States Army, had postings in Germany, France, and Panama, and extensive stateside travel as well.
Philip attended 17 schools before graduating from Laurel High School in Maryland as valedictorian. He found his calling with the Defense Language Institute in Monterey, California where he studied Russian. Phil continued developing his skills in Russian at UCLA, and upon graduation, was recruited by the National Security Agency where he retired after 35 years of service. Although there were many tours of duty, Phil always considered Horseshoe Lake near Eveleth, Minnesota his ancestral home and returned there whenever he could.
Phil was the type of person who would get along with almost everyone, and is sorely missed.
His ashes will be retained partially at the National Cemetery in Santa Fe, New Mexico, and the remainder scattered at Horseshoe Lake.
Contributions may be made in lieu of flowers to National Public Radio or the Public Broadcasting Service.

Published by Santa Fe New Mexican on Jul. 20, 2021.
To plant trees in memory, please visit the Sympathy Store.
MEMORIAL EVENTS
To offer your sympathy during this difficult time, you can now have memorial trees planted in a National Forest in memory of your loved one.
MAKE A DONATION
MEMORIES & CONDOLENCES
Sponsored by The Santa Fe New Mexican.
6 Entries
Words cannot be expressed at the influence Phil Pfeiffer has had in my life. He and Barbara were my parents' "go-to" friends starting back when we all met in Japan during my dad's and Phil's tours there, along with a slew of friends that became known as "the Japan Gang." For me, Phil was a surrogate uncle and big brother. Always full of love and life and laughter, he brought fun into so many group settings, whether it was speed boating and water skiing, always inviting us over for swimming at the Ben Oaks swim pond, always sharing their table with all of us. There are too many memories to list, but I would not be the person I am without gifted humans like Phil as mentors in my life. Sleep well, Phil. Be thou at peace dear friend.
Betsy Barron
Friend
July 25, 2021
Phil was always tinkering with something and telling the worst jokes. I loved them. And loved hunting bargains at scratch and dent with him too. He was so special and I'm so sorry to hear of his passing. My heartfelt sympathies to the entire Pfeiffer family. Take care of yourselves, Barb, Jan and Chris especially. Love, Kristy.
Kristy Knutson
Friend
July 24, 2021
Sincerest condolences to Barbara, Jen and Chris. I remember all the Ben Oaks gourmet. dinners, especially the Japanese dinner and your tatami room, preceded by the escaped lobster. Phil had such a wonderful sense of humor and I will never forget all the support I received when I was left alone with Stephanie and Andrea. Last week I moved into an independent apartment at a life care community in Pittsburgh, close to Andrea and her 10-month-old daughter Parker. Barbara, I would love to get back in touch with you. New phone is 412-826-5719. Hugs to all of you, Linda.
Linda Cangin Bennett
July 24, 2021
Phil was a very special man. I know he and my Dad are somewhere special, drinking coffee and chatting away. He will be missed. Condolences and love to Barbara, Jan, and Christopher.
Megan Forthman
Friend
July 24, 2021
Sounds like a very special man. My sincere condolences to Janet and the whole family. Patty
Patty Burks
Friend
July 24, 2021
Miss our bond, Dad. Rest now.
Christopher Pfeiffer
July 24, 2021
Showing 1 - 6 of 6 results