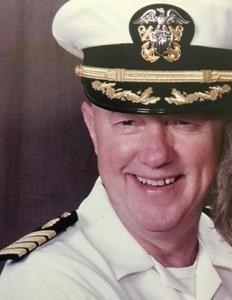 BORN
1946
DIED
2019
FUNERAL HOME
Nickerson Funeral Home
340 Main Street
Wellfleet, MA
Capt. Harry G. Rae, USN (Retired) died August 28, 2019 after a prolonged illness. Harry was born in Frostburg, MD to Clarence and Mary Rae (both deceased). Harry is predeceased by his beloved pugs, Rosie and Cinder.Harry is survived by his best friend, soulmate and wife of 31 years, Gayle. He also leaves behind his brother and sister-in-law, Jerald and Donna Rae. He was the proud father of Mary Jo Miller and her husband John. He has four fantastic grandchildren, Noah, Benjamin, Ethan, and Alira Troisi. Harry also had great in laws, Donald and Phyllis Jennings, Linda and Rock Foss and Richard and Lillian Jennings. He leaves behind dear friends Carrie and Buddy MacDonald. He is survived by many nieces and nephews.Harry started his goal to become a doctor by enlisting in the US Navy. He served two tours in Vietnam as a Corpsman. He served the first tour aboard the Destroyer DD-785 USS Henderson. The second tour was aboard the USS Sanctuary Hospital ship. He was honorably discharged in 1970.Harry was accepted to Youngstown State in Ohio, where he received a BS in Biology. He was accepted into the Philadelphia College of Osteopathic Medicine in 1976. Harry reenlisted in the Navy prior to beginning his studies. He received his medial degree in 1980. The Navy sent him to the Ballston Spa Naval Clinic in New York. While in New York he also worked in the Emergency Room at Saratoga Hospital. Harry was honorably discharged in 1983.After leaving the Navy, Harry started his own medical practice in Hudson Falls, NY. There was still something missing in his life, he reenlisted again in the Naval Reserves. He was called to active duty to serve during Operation Desert Storm at the Philadelphia Naval Hospital. Harry and his wife, Gayle moved to Cape Cod and settled in Wellfleet, MA. Harry worked for Outer Cape Heath Services and then Brewster Medical Associates until his retirement. True to his love for the service he worked for the Department of Veteran’ s Services and was a Life Member of the VFW Post # 3152 in Provincetown, MA. Harry remained in his beloved Naval Reserves, working diligently to achieve the rank of Captain. Although Harry loved being a physician, he loved the Navy more. He was happiest in uniform.Harry was a life long learner, he took many and varied courses of studies his entire life. There wasn’t a book Harry didn't like. He loved talking, listening and providing a non-judgmental perspective (unless it was about politics). Harry was an intellectual and could speak to anyone about anything. There were no strangers in Harry’s life. He appreciated anyone who would sit and visit.The family wishes to thank all of his care givers, Brewster Medical and the entire staff of Cape Cod Health Care.A casual memorial is planned at Nickerson Funeral Home, 340 Main St., Wellfleet on September 15th from 3-6 pm with a service at 6 pm. Please bring a smile and a story to share. Burial will be at the Bourne National Cemetery on Monday, September 16th at 11:15 am.In lieu of flowers, please make a donation to: Tin Can Sailors, the National Association of Destroyer Veterans, PO Box 100, Somerset, MA 02726 or Donations to Wildcare, Smith Lane #2671, Eastham, MA 02642. For online condolences, please visit www.nickersonfunerals.com. http://www.lastingmemories.com/capt-harry-g-rae-usn
Published by The Saratogian from Sep. 6 to Sep. 7, 2019.
To plant trees in memory, please visit the Sympathy Store.
MEMORIAL EVENTS
Sep
15
Memorial Gathering
3:00p.m. - 6:00p.m.
Nickerson Funeral Home
340 Main St., Wellfleet, NY
Sep
15
Service
6:00p.m.
Nickerson Funeral Home
340 Main St., Wellfleet, NY
Sep
16
Burial
11:15a.m.
Bourne National Cemetery
NY
Funeral services provided by:
Nickerson Funeral Home
MAKE A DONATION
MEMORIES & CONDOLENCES
Sponsored by Saratogian.com.
3 Entries 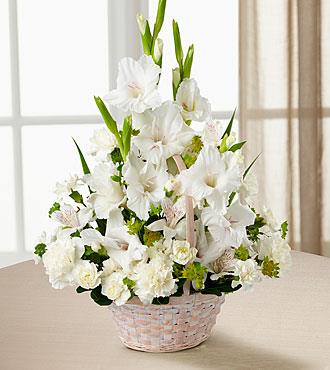 a loved one
September 15, 2019
Thank you for your service to our country. Rest In Peace.
September 7, 2019
We wish to extend our deepest sympathies at this difficult time.
The Staff of Nickerson Funeral Home
September 6, 2019
Showing 1 - 3 of 3 results