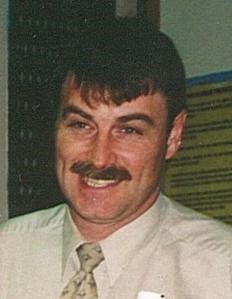 FUNERAL HOME
William J. Burke Sons/Bussing Cunniff FH - Saratoga Springs
628 North Broadway
Saratoga Springs, NY
Middle Grove - James T. Eckert (Jaime), 60, resident of Middle Grove, passed away peacefully, with his wife and daughter at his side, at Glens Falls hospital on July 15, 2021, after a hard-fought battle with cancer. Born in Saratoga Springs on March 30, 1961, Jaime spent his childhood in Wilton and attended Saratoga Springs High School. At the age of 17 he joined the military and spent the next three and a half years working as an air jet mechanic for the United States Navy in Hawaii. It is there where he met his wife, Barbara, who was also serving in the US Navy. After their military careers, they returned to New York and began their life together. Jaime had various jobs during his lifetime, mainly working as a plumber. Jaime was a long-time member of the American legion. He enjoyed spending time at his camp, hunting, fishing, and all what nature had to offer. He loved to feed and watch the birds and all the wildlife in his backyard. Jaime loved all his animals, especially his late dog, Reeko, of 16 years. Jaime was a devoted husband to his wife of 40 years and to his daughter, Ashley, who was his most proud accomplishment. Predeceased by his father, James. He is survived by his wife Barbara (DiGiacomo) Eckert, his daughter Ashley; his mother Patricia K. Eckert; sister, Wendy, brother, Dennis (Chip) and his wife Tammy; as well as his nephews Daniel, Jonathan, Dennis Wayne; nieces, Mandy, Kelsey (predeceased) and other aunts, uncles, nieces, and nephews. Relatives and friends are invited to call from 4-7pm on Wednesday, July 21, 2021 at the William J. Burke & Sons Funeral Home, 628 N. Broadway, Saratoga Springs, NY 12866. Burial with military honors will be on Monday, July 26, 2021 at 10am at the Gerald BH Solomon Saratoga National Cemetery, 200 Duell Road, Schuylerville, NY. https://www.lastingmemories.com/james-jaime-eckert

Published by The Saratogian from Jul. 19 to Jul. 20, 2021.
To plant trees in memory, please visit the Sympathy Store.
MEMORIAL EVENTS
Jul
21
Calling hours
4:00p.m. - 7:00p.m.
William J. Burke Sons/Bussing Cunniff FH - Saratoga Springs
628 North Broadway, Saratoga Springs, NY
Funeral services provided by:
William J. Burke Sons/Bussing Cunniff FH - Saratoga Springs
MAKE A DONATION
MEMORIES & CONDOLENCES
Sponsored by Saratogian.com.
2 Entries
So sorry to lose our Jaime. I knew him from the time he was a wee lad! He will be missed by so many who love him. Pat, Barb, Ash, Chip, Wendy and nieces,nephews and many friends. I'm so glad he was a part of my life. Miss Chris
Chris Germain
Friend
July 21, 2021
Thank you for your service to our country. Rest In Peace.
D
July 20, 2021
Showing 1 - 2 of 2 results