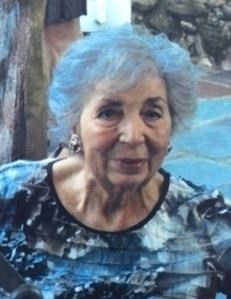 BORN
1923
DIED
2020
FUNERAL HOME
Singleton Sullivan Potter Funeral Home
407 Bay Road
Queensbury, NY
Queensbury, N.Y.- Josie Beckos Wood of Queensbury New York passed away December 15, 2020. Born Georgia Pars November 11, 1923, to Jane (Janopaul) Pars and Theodore “Ted” Pars, Greek emigres from Volos and the region of Achaea, Peloponnese, respectively, “Josie” spent her early life in Pawtucket, Rhode Island, where summers included visits with family in Ashtabula, Ohio, and many Sundays in Boston attending church liturgies presided over by her great-uncle, Joachim (Alexopoulos), the first ruling Greek Orthodox Bishop of Boston from 1923-1930. At age 9, Josie and family moved to Albany, New York, where in 1941 she graduated from the Academy of the Holy Names, afterward pursuing further studies at Mildred Elley Business School. In 1948, Josie married Constantine John “Gus” Beckos and together they settled in Stamford, Connecticut, where Gus was employed by the Chance Vaught Company. When the Company moved operations to Houston, Texas, Josie and Gus decided to remain in the Northeast to start a family and to join Josie’s parents in the family business, The Central Delicatessen in Albany. Summers spent in the Lake George area inspired Josie and Gus, with Jane and Ted Pars, to expand the business in the region by first opening The Montcalm Restaurant on Canada Street, in 1956, later adding two establishments, Montcalm South, in 1971, and Dino’s Montcalm, in 1975. Josie and Gus moved from Albany in 1963 to become permanent residents of Glens Falls. Travel throughout Europe, South America, Asia and Hawaii in winters and the Restaurants’ off-season stimulated their curiosity about other cultures and culinary traditions. Many of the trademark specialties on the menu at the Montcalm – well known and well-loved by many regular customers – originated in their overseas excursions. Josie worked closely with Gus, and eventually son Dean, who joined the business in 1973 to build and develop The Montcalm into the popular destination it became for so many. In February 2007, the New York Restaurant Association honored Josie and Gus with a Lifetime Achievement Award for their 50 years of contribution to the restaurant industry. Josie remained active in The Montcalm until the Restaurant closed in June of 2013. Josie generously contributed her time to several local non-profit organizations. In 1978, she became a trustee of the newly stablished Charles R. Wood Foundation. She succeeded Mr. Wood as chair of the Board upon his passing in 2004. She remained chair until November 2013, when the Board voted her the second emeritus chair. Mr. Wood had been the first. Additionally, in the 1980s and 1990s, Josie worked with Mr. Wood at The Great Escape and in the development of The Double H Ranch, which is located in Lake Luzerne, New York, and provides specialized programs and year-round support for children and their families with life-threatening illnesses. Mr. Wood co-founded the Double H in 1991 with Paul Newman. Josie served on the Double H Ranch board from 1993, the first year the Ranch provided summer programs, until 2014. In honor of her many years of service, the board in 2014 nominated Josie as emeritus director, the Ranch’s highest level of recognition. Throughout her life, Josie was a voracious reader and an enthusiastic traveller. She never stopped learning and constantly embraced new information. Those who knew Josie cherish a lasting impression of an exceptional individual possessed of a generous spirit, inexhaustible energy, a passion for life, and an abiding loyalty to her family and friends. If she set her mind to something, it would be done, and done with great style. Josie supported several major non-profit institutions she strongly felt made important contributions to the Glens Falls and the surrounding area; among them The Glens Falls Symphony, The Hyde Collection, and The Double HH Ranch. Josie was a member of St. Sophia’s Greek Orthodox Church in Albany and a longstanding member of the Glens Falls Country Club and The Lake George Club. Josie was predeceased by her first husband Constantine John “Gus” Beckos in 2007, and her second husband, philanthropist Charles R. Wood in 2004. Josie is survived by two children, Barbara Beckos McDonald (Arthur) of Syracuse, New York, and Dean John Beckos (Debbie) of Queensbury, New York; three grandchildren, John Theodore Beckos (Lauren) of Denver, Colorado, Brooke Ann Beckos, of Albany, New York, and Theodore Beckos McDonald (Claire) of Woodway, Texas; and three great-granddaughters, Elizabeth Evans McDonald, Katherine Burks McDonald and Abigail Josephine Beckos. Josie is also survived by two stepdaughters, Barbara Wood Wages (Tom) of Amelia Island, Florida, and Charlene Wood of Saratoga; eight step-grandchildren, and eight step-great-grandchildren. The Family is deeply grateful to Dottie for her longtime care and companionship to Josie for 25 years, and to Josie’s additional caregivers Kathy, Peggy and Joyce for their companionship and care. The family also wishes to thank Neighbors NY and acknowledge the staff at Ft. Hudson Nursing Center, Ft. Edward, New York for their expert care and compassion during these past several months. Due to concerns and restrictions during this time of Covid-19, there will be no calling hours. Church services will be for the immediate family only and burial will be private. A celebration of Josie’s life will be planned for spring or summer. In lieu of flowers, the family requests donations be made in Josie’s memory to The Double H Ranch, 97 Hidden Valley Rd., Lake Luzerne, New York 12846 or online at doublehranch.org; or The Glens Falls Symphony Orchestra, PO Box 2036, 7 Lapham Place, Glens Falls, New York 12801 or online at theglensfallssymphony.org or to St. Sophia’s Greek Orthodox Church, 440 Whitehall Road, Albany, NY 12208. Arrangements are under the care of the Singleton Sullivan Potter Funeral Home. For online condolences, please visit sbfuneralhome.com http://www.lastingmemories.com/josie-beckos-wood 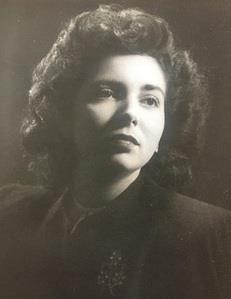 Published by The Saratogian from Dec. 17 to Dec. 18, 2020.
To plant trees in memory, please visit our Sympathy Store.
MEMORIAL EVENTS
To offer your sympathy during this difficult time, you can now have memorial trees planted in a National Forest in memory of your loved one.
Funeral services provided by:
Singleton Sullivan Potter Funeral Home
MAKE A DONATION
MEMORIES & CONDOLENCES
Sponsored by Saratogian.com.
15 Entries
very sorry to hear of your loss! We have been at our winter home in Fl. and just heard of Josie passing. She was a very special person and will be greatly missed. Tim & Fran Donbeck
TIMOTHY DONBECK, Frances Donbeck
December 25, 2020
Dean and family, so sorry to hear about your mom we will always have fabulous memories of her. We always loved when we went into the Montcalm and we would see her there with a smile on her face and we loved spending some time with her. She we be missed.
John and Colleen Skinner
December 20, 2020
Sending you peace and happy memories. Josie was a wonderful neighbor on Fort Amherst. She, Gus and Charlie were kind, and always stopped for a chat. Fond memories of a very kind lady. My mom recently passed and I hope that they can be neighbors again in heaven.
Allison Wilshere
December 20, 2020
My sincere condolences to the family my thoughts and prayers are with you all.
Cheryl levasseur
December 19, 2020
My sincere condolences to the family on the loss of such a wonderful woman. I used to be an employee of Panerabread in Queensbury, and fondly remember Mrs. Beckos Wood and Dottie coming in to eat. She always put a smile on my face and we would talk about many things always making my days a little brighter. I would say goodbye to her those afternoons, with a pastry and a hug. She was a beautiful woman and will always be remembered
Lori Dickens
December 19, 2020
Dean and Family, So sorry for your loss. Thought and prayers. David Lazarus
David Lazarus
December 19, 2020
I am deeply sad to hear this news. Mrs.B was an amazing woman and was always so nice to me for all of the years I spent working for her and the family.
Scott Corey
December 18, 2020
My thoughts and prayers are with you Barbara and Dean I enjoyed working as the House keeper for your Dad and Mom at Amherst house and lake house never forget my surprise Birthday at The montcalm after i help move mr B move into new house fortAmhurst st. They were very special people to me .
Susan Barrett
December 18, 2020
I too have so many fond memories of the Montcalm. Growing up in Glens Falls, we celebrated many special occasions there and it was always a treat. I would go there with my aunt and uncle Bea and John Toomey who were great friends with Gus and Josie and my parent and brother so we got the special treatment. Such warm and wonderful people who really knew how to run a successful business. There are none around like it now! They were a treasure to Glens Falls/Lake George area. It will be a grand reunion in Heaven this week-hope they have great food!
Ellen McCarthy Cleary,Alexandria. Va.
December 18, 2020
Dean, condolences to you and your family !!! A great lady who Jeanne and I first met over 60 years in the Montcalm North. Her style, "Saturday night dress code", and her knack for remembering peoples names will never be equaled. It was a pleasure to know her.
Jim and Jeanne Yarter
December 18, 2020
Brooke and family.. I am so sorry for the loss of your grandma....may she rest in peace....My prayers are with you in this sad time...
Debbie Desautels
Friend
December 18, 2020
So sorry to hear of your Mother´s passing! Prayers! I have warm memories of her and the Montcalm!
Connie DePalo
December 18, 2020
My condolences to the Family. Mrs B was a great Boss. I fondly remember her referring to me as Peck's Bad Boy (I am female). Must be I did what the bad boy was known for at times. Great times I had working in 2 of the restaurants. Mrs. B pulled no punches, and did have a great sense of humor that surfaced when you least expected it. Great Lady and will be missed by many.
Linda DeCarli
December 18, 2020
My earliest memories of my Aunt Jo was one of a body of energy in constant motion. Even at rest, she exuded great vitality and intensity. Christmas visits north, were filled with good food, interesting conversations and an abundance of laughter. Around that family table; that's where we kids learned about life.
To be in her company, was to be her total focus. She would listen intently after asking you what was going on in your life. This laser intensity was balanced with a ready laugh and a warmth. This held true through out our relationship.

To my cousins Barbara and Dean and their families, I share in your grief.

May her memory be eternal!