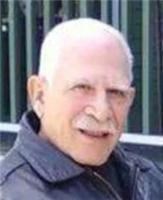 BORN
1940
DIED
2014
FUNERAL HOME
Compassionate Funeral Care Inc
402 Maple Ave
Saratoga Springs, NY
Michael A. Casatelli, 74, passed away Saturday, June 14, 2014, surrounded by his loving family.
He was born June 14, 1940, in Brooklyn, New York, the son of the late Albert Casatelli and Florence LaGrega Casatelli.
Michael is survived by his sons, Michael J. Casatelli and James Casatelli; daughters, Debbie McGinn and Colleen Lagreca (Johnny); brothers, Timothy Casatelli (Sandra) and Peter Casatelli (Mary); seven grandchildren, four great-grandchildren; and his many nieces and nephews.
He was a friend of Bill W. for 34 years.
He was preceded in death by his parents and his son-in-law James F. McGinn.
Michael was a proud United States Marine, serving from 1957 to 1960.
Michael enjoyed riding his motorcycle and being part of the Leathernecks Motorcycle Club. He was also an avid powerlifter; in 2000, he won first place in the U.S.P.F Sub-Masters/Masters Powerlifting Nationals.
A funeral service in memory of Michael will be held at 10 a.m. Tuesday, June 17, 2014, at Compassionate Funeral Care, 402 Maple Ave. (Route 9/Marion Avenue), Saratoga Springs, New York.
Friends and family may call from 2 to 4 p.m. and from 7 to 9 p.m. Monday, June 16, 2014, at Compassionate Funeral Care.
Interment will be held at Gerald B.H. Soloman-Saratoga National Cemetery at a later date.
Online condolences may be made at www.CompassionateFuneralCare.com.

Published by The Saratogian from Jun. 15 to Jun. 16, 2014.
To plant trees in memory, please visit the Sympathy Store.
MEMORIAL EVENTS
To offer your sympathy during this difficult time, you can now have memorial trees planted in a National Forest in memory of your loved one.
Funeral services provided by:
Compassionate Funeral Care Inc
MAKE A DONATION
MEMORIES & CONDOLENCES
15 Entries
May you now be at peace Mike.
Kathy M
June 25, 2014
May he rest in peace. I am sorry for your loss. He had a good heart and was an inspiration to alot of people.
Kathy
June 25, 2014
I worked with Michael when the Ramada Rennaisance first opened on Broadway, he used his humor and great personality to get his point across. He definitely made the shift fly by. I'm very sorry for your loss, it has to be huge. My prayers are with you.
Terry McCue
June 23, 2014
Mike, I remember you well from many years ago during our motorcycle racing days. You were taken too soon.
John Parks
June 22, 2014
Take comfort in knowing that now you have a special guardian angel to watch over you.
Liz C
June 20, 2014
To Mike's Family,

I'm sorry to hear about your loss.
Judy Schrade
June 16, 2014
Mike was an inspiration. A swell guy. I guess that's what he was best at, being a swell guy. Now Jesus gets to have a swell guy to hang out with until we all meet again.
Norm Boyea
June 16, 2014
Many memories of Mike. His first Gym in Saratoga. The many lessons he taught me about life. But most of all his journey with all of Bill W's friends, RIP. It was a pleasure. God Bless you and your family.
Jeff Forbes
June 16, 2014
Mike, your Honor, Faith, Guidance and Friendship will be missed. God bless your family with peace and comfort. Semper Fidelis Marine, Respectfully, Santa / Charlie
June 16, 2014
My thoughts are with you, Mike and I grew up together in Clinton Park (Rensselaer). I will think about the good times we had as teenage boys.
Louie Ainsworth
June 16, 2014
hey Mike, if nobody told you they love you, let me say it. :)
Margie M
June 16, 2014
A good man...my brother, friend, and mentor... You taught me much and I appreciate every moment ... God Bless you Mike...I miss you already brother.
Steve Bush
June 16, 2014
Your guidance and expertise saved my knee from an operation and strengthen it. I am eternally grateful to you. Thank you for lessons taught...Rest In Peace Mike.
Wally Craft
June 16, 2014
Mike, ( Mo ) you will be missed we had some great times and a lot of laughs . To the family my prayers and thoughts are with you at this time.
Bob Barile
June 15, 2014
Mike was truly one of a kind. He will be sorely missed - and Mike when you get up there please remember 'if nobody has told you yet today that i love you - let me be the first"
Jim & Thais Flaherty
June 15, 2014
Showing 1 - 15 of 15 results