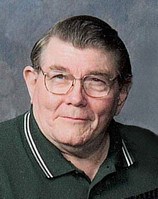 BORN
1939
DIED
2021
FUNERAL HOME
Bosma Renkes Funeral Home
404 E Lincolnway
East Morrison, IL
Daniel Buckley Jr.
Born: September 19, 1939 in Elmwood Park, IL
Died: July 30, 2021 in Morrison, IL
DANIEL J. BUCKLEY, JR. 81, of Morrison, IL, died Friday, July 30, 2021 at his home.
Cremation rites were accorded; a memorial visitation will be held at 9 a.m. Saturday, Sept. 25, 2021 at St. Mary's Catholic Church in Morrison, followed by a memorial Mass and Military Honors at 10:00 a.m. The Morrison Chapel of the Bosma-Renkes Funeral Home assisted with arrangements. A memorial to St. Mary's Catholic Church in Morrison has been established.
Dan was born September 19, 1939 in Elmwood Park, IL to Daniel J. and Margaret L. (Janotte) Buckley. He was educated in the Whittier Grade School in Waukegan, IL and was a 1957 graduate of Waukegan Township High School. He enlisted in the U. S. Marine Corps, and served in Camp Pendleton, San Diego and later in Okinawa, Japan. He made the rank of sergeant, and was honorably discharged in 1963. On July 21, 1962 he married Mary A. Daluga at Immaculate Conception Church in Waukegan, IL. He was employed with Exelon for 30 years, retiring in 1995. Dan was a member of St. Mary's Catholic Church in Morrison. He was a major supporter of the Marine Corps Heritage Foundation, Boys Town and St. Joseph Indian School. He was a member of the Morrison Sportsmen's Club, and enjoyed shooting, reloading, hunting and fishing. He also enjoyed piloting. There were many maple trees on his property, which he tapped to make maple syrup. He would host school groups to come out and learn the craft and sample the sweet treats. He was a history buff and had many hobbies, including woodworking, making home-made wine, reading, and playing cribbage. Most of all Dan enjoyed spending time with his grandchildren and great grandchildren.
Survivors include his wife, Mary; two daughters, Jan (Jim) Rothweil of Wentzville, MO and Cynthia Holten; two granddaughters, Ashton (Sam) Kupferschmid and Rachel Rothweil; two grandsons, Jacob (Nicole) Spencer and Dillon (Nicki) Spencer; four great grandchildren, Adrianna, Addyson, Lilian and Colette Rothweil; one sister, Sandra (Robert) Johnson of Roanoke, VA; many nieces.
He was preceded in death by his parents and several aunts and uncles.
To send online condolences go to www.bosmarenkes.com
Published by Sauk Valley News from Sep. 15 to Sep. 21, 2021.
To plant trees in memory, please visit the Sympathy Store.
MEMORIAL EVENTS
To offer your sympathy during this difficult time, you can now have memorial trees planted in a National Forest in memory of your loved one.
Funeral services provided by:
Bosma Renkes Funeral Home
MAKE A DONATION
MEMORIES & CONDOLENCES
Sponsored by Bosma Renkes Funeral Home.
0 Entries
Be the first to post a memory or condolences.