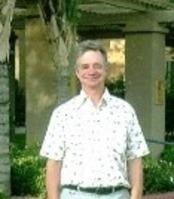 BORN
1951
DIED
2021
FUNERAL HOME
McDonald Funeral Home
1002 12th Avenue
Rock Falls, IL
Steven Bohms
Born: August 22, 1951 in Sterling, IL
Died: September 21, 2021 in Sterling, IL
Steven D. Bohms
Steven D. Bohms, age 70, of Rock Falls, died Tuesday, September 21, 2021 at Rock River Hospice and Home in Sterling.
Steven was born August 22, 1951 in Sterling the son of Louis and Esther (LaBine) Bohms. He was a graduate of Rock Falls High School and was employed at Northwestern Steel and Wire for 37 years. Steven was a member of St. Andrew Catholic Church in Rock Falls and was active with the Sterling Moose Family Center. He enjoyed fishing and traveling.
He is survived by his mother, Esther Bohms of Rock Falls; his daughter, Brenda (David) Brown of Rock Falls; seven siblings, Joseph (Leota) Bohms of Sterling, Michael Bohms of Mo., Linda Bohms of Rock Falls, Diana (Terry) Miller of Sterling, Kathy (Bill) DePuy of Wis., Vida (Joe) Wosoba of Fulton and Louis Bohms, Jr. of Rock Falls; and eight grandchildren, Elias, Adam, Daniel, Breona, Sammy, Jamie, Sybrina and Jaime.
He was preceded in death by his father.
A Celebration of Life will be held at a later date.
Online condolences may be sent to www.mcdonaldfuneralhomes.com.
Published by Sauk Valley News from Sep. 22 to Sep. 23, 2021.
To plant trees in memory, please visit the Sympathy Store.
MEMORIAL EVENTS
To offer your sympathy during this difficult time, you can now have memorial trees planted in a National Forest in memory of your loved one.
Funeral services provided by:
McDonald Funeral Home
MAKE A DONATION
MEMORIES & CONDOLENCES
Sponsored by McDonald Funeral Home.
8 Entries
Steve & I worked together at the mill for many years. He was always there to help out on what ever job that was given to him.
Steve was a good man that would give you the shirt off of his back if you needed it.
I will miss my friend Steve.

Carl
Carl Huffman
Friend
September 29, 2021
Steve was a really wonderful person. My dad told me stories about how what a great brother he was.
I wish you peace Brenda.
Joseph Bohms
Family
September 28, 2021
To Our Cousins: There is no other Love like the Love for a Brother. There is no other Love like the Love from a Brother. The Love and Memories of Steve will be Cherished and be with all of you.
Forever Honoring Steve's place in your Family..he will be watching over All of you with all his Love!!!
With our Deepest Sympathy and Forever Prayers, With Our Love, Dawn, Greg, Marcus and Ashley
Dawn Goetz
Family
September 28, 2021
To Aunt Esther: In Loving memory of your SonLosing a child is one of the deepest sorrows a Heart can know. We Know you will hold the Memories of Steve close to your Heart. We know you will remember his Love for you and that Love is Always with you.
With our Deepest Sympathy and Many, Many Prayers , With our Love: Dawn Greg Marcus and Ashley
Dawn Goetz
Family
September 25, 2021
He was a great big brother and was always there to help the family and checking on mom after are dad passed he will be loved and missed but knowing he will be in heaven with all are loved ones
Diana Miller
Sister
September 25, 2021
Our Deepest, Deepest Sympathy to you Brenda and your family for the loss of your Father. He Loved you so much and his Grandchildren. Steve will be greatly, greatly missed. He was a close family member in our Lives. He was a Brother to me and like an Uncle to Marcus and Ashley. He was very Loved. He will always be Loved and all the Memories he provided us will be treasured like the greatest Gem on this earth.
Our Love and Continuous Prayers, Dawn (Bohms), Greg, Marcus and Ashley
Dawn Goetz
September 24, 2021
A great friend and very thoughtful man
Robert Duncan
Friend
September 23, 2021
Always had fun when you were around. You will greatly missed.
Donna Green
Friend
September 22, 2021
Showing 1 - 8 of 8 results