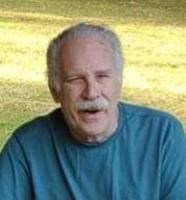 BORN
1950
DIED
2021
FUNERAL HOME
Schilling Funeral Home
702 1st Ave
Sterling, IL
Timothy David Aurand
Born: January 11, 1950 in Rockford, IL
Died: September 27, 2021 in Maywood, IL
Timothy David Aurand, 71, died Tuesday September 27, 2021 from injuries sustained in a house fire.
He was born on January 11, 1950 in Rockford, the son of Clarence and Alice (Chance) Aurand. He graduated from Sterling High School in 1969. He was employed at the Byron Nuclear Plant, then Sterling Ford until his retirement. He married Janet Lane in 1972 and from that union had two children, Jennifer (Will) Gordon of New Albany, Mississippi and Tim Jr who died in 1976. He later married Terry Dickey in 1989 and had two sons: Andrew of Kentucky and Joshua of Sterling.
He is survived by his wife, Terry; daughter Jennifer; his sons: Andrew and Joshua; grandchildren: Robbie Pate, Justin Pate, Tiffany McDonald, Sarah Pate, Rylan Aurand and granddaughter Mila due this winter; his four sisters: Rachel (Doug) Crandall of Prophetstown, Naomi Aurand, Rebecca (Craig) Pepper and Julia (Jim) Tarbill all of Sterling; brother in laws Jack (Camille) Garrison of Fort Wayne, IN; and several nieces and nephews.
He was preceded in death by his parents; grandparents; son Tim Jr; sister Sarah Garrison and great grandson Zander.
Funeral service will be at 11 AM Saturday, October 10, 2021 at Schilling Funeral Home, Sterling with Pastor Scott Porter officiating. Burial will be at Riverside Cemetery, Sterling. Visitation will be from 9-11AM, Saturday, prior to services at the funeral home.
A memorial fund has been established for Tim and Terry Aurand at Select Employee Credit Union in Sterling.
Condolences may be sent to www.schillingfuneralhome.com.
Published by Sauk Valley News from Oct. 1 to Oct. 7, 2021.
To plant trees in memory, please visit the Sympathy Store.
MEMORIAL EVENTS
To offer your sympathy during this difficult time, you can now have memorial trees planted in a National Forest in memory of your loved one.
Funeral services provided by:
Schilling Funeral Home
MAKE A DONATION
MEMORIES & CONDOLENCES
Sponsored by Schilling Funeral Home.
0 Entries
Be the first to post a memory or condolences.