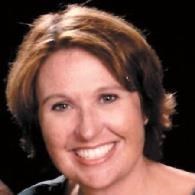 Sarah Carlyle Herbert Dorroh May 10, 1972 - July 27, 2014 - SAVANNAH - Carlyle Dorroh died peacefully at home in Savannah, Georgia. She was a brave cancer warrior, a dedicated teacher, a willing volunteer, a devoted daughter, wife, mother and friend who packed a lot of loving and living into her short life. Those who knew Carlyle often commented on her enthusiasm, her generous spirit, and especially her extraordinary smile. Carlyle grew up in Raleigh, North Carolina. She attended Ravenscroft School and Needham Broughton HS before graduating from Saint Mary's School, where she served as day student president and earned the first honors diploma ever given. She continued her education at Smith College, where she majored in developmental psychology, was elected to the honorary psychology society and quoted on the front page of a 1994 New York Times article on the benefits of attending a women's college. She furthered her lifelong love of children by spending her college afternoons running an after school program for Hispanic children. Two of her college summers were spent volunteering at St. Jude's Ranch in Boulder City, NV, where she pioneered a swim team to give the resident abandoned children needed physical exercise and raise their self-esteem. Following college, she joined Teach for America, where she was assigned to teach special needs students at Ingram-Pye Elementary School in Macon, GA. Her efforts were highlighted in the September 1995 issue of Southern Living magazine. In her limited spare time, she worked on and received a Master's degree from Georgia College in teaching special needs students. While in Macon, Carlyle rescued an abused puppy, which provided the introduction to her future husband on the Mercer University Law School lawn. She and William Dorroh were married in Tarpon Springs, FL in 1999. There she founded and ran the All Saints' Episcopal Church preschool. Following a move to Nashville, TN and then to Savannah, GA she devoted herself to raising their growing family, somehow finding the time to teach music and become a marathon runner. Carlyle is survived by her beloved husband, William Gayle Dorroh III of Savannah; their son, William Gayle Dorroh IV (11); two daughters, Charlotte Hartshorn Dorroh (9) and Campbell Wyss Dorroh (5); her parents, Jennette Hartshorn Campbell Skinner and Robert Beverley Herbert, Jr; sister, Catherine Deming Herbert (Dominic Wade) Bristol, England; stepsister, Harriet McLeod Skinner, Raleigh; stepbrother, William Pailin Skinner III (Jolie) Raleigh; aunt, Joanna Campbell Dellenbaugh (Geoffrey) Glastonbury CT; two uncles, James Stewart Campbell (Dianne) Pfafftown, NC and Crawford Cowles Campbell (Robin) Windham NH; mother-in law, Margaret Wyss Dorroh of Savannah; sister-in-law, Rebecca Dorroh Deedrick (John) Tampa FL; nephew, John Tyler Deedrick Tampa FL; niece, Mary Margaret Deedrick Tampa FL, numerous cousins, and friends. She was predeceased by her cousin and godmother, Charlotte Janssen Hartshorn; father-in-law, William Gayle Dorroh II; and stepfather, William Pailin Skinner, Jr. The family would like to thank the medical personnel and friends who supported Carlyle in so many kind ways during her illness, always including her in their love and prayers. Funeral service 10:00 a.m., Thursday, July 31 at St. James Catholic Church, 8412 Whitefield Avenue, Savannah GA 31406. Reception to follow at the church. Burial private. In lieu of flowers, Carlyle asked that donations be made to the Wunderglo Foundation for colorectal cancer research, 3260 Bennett Drive, Los Angeles CA 90068, www.thewunderproject.org, or the nonprofit organization of your choice. Savannah Morning News July 30, 2014 Please sign our Obituary Guest Book at savannnahnow.com/obituaries.

Published by Savannah Morning News from Jul. 29 to Jul. 30, 2014.
To plant trees in memory, please visit the Sympathy Store.
MEMORIAL EVENTS
To offer your sympathy during this difficult time, you can now have memorial trees planted in a National Forest in memory of your loved one.
MAKE A DONATION
MEMORIES & CONDOLENCES
25 Entries
5 year anniversary of your passing, hard to believe! Miss you still! I dream that you are dancing the days and nights with the light of Gods love. Your enthusiasm always gave you such a glow that people gravitated to you. Reading your Obituary again, few people accomplish in a long life what you did in a flash of time. Look for me! One day I will join you and will need you to show me around. With great love, Anita Cannon
Anita Cannon
Friend
July 23, 2019
I was Carlyle's sponsor when she was became a member of the St. Philip Catholic Church family in 2009. What a bright spirit she was! When I learned tonight at an RCIA meeting that she had passed away too soon, I was deeply saddened. My thoughts and prayers are with her family that they may feel God's love and peace in their sorrow and find comfort in knowing they have a special angel to watch over them.
Mary Galantowicz
September 5, 2014
Our thoughts and prayers are with you and your family- we loved Carlyle and will miss her. Please know that we send our deepest sympathy to you all.
Lois Lavrisa
July 31, 2014
I had the honor of meeting Carlyle two years ago when Campbell was in my Preschool class at IOH Methodist. Amazing, dedicated, caring, and loving are only a few words to describe her. I have been blessed so much by knowing this incredible family. Give each other hugs daily and always remember Carlyle's contagious smile! Hugs and loves to all of you, Wez Childers
Wez Childers
July 31, 2014
William and Family I was sadden to hear of the passing of your wife. May God blessing be bestowed upon you and the family during this time of great loss. May the pain you and your family suffer this moment ease as you remember the good time you had with Carlyle. Your loss is our loss. May the angle of the Lord watch over her for she have earns her heavenly wings. Rest in peace Carlyle you have fought a good fight!
V. G Singleton
July 30, 2014
William: I have no words that can adequately express my sorrow for you and your family during this time of grief. Please know that John Kaitlyn and I are heartbroken and you are in our thoughts and prayers always.

john
John Webb
July 30, 2014
I never had the honor of meeting Carlyle, but knew of her through the colon cancer support community. She is an inspiration and the world is a better place for having had her here. I am so very sorry for your loss. Praying one day colon cancer will be wiped from the face of this earth.
Lori McDevitt
July 30, 2014
Psallm 85:10 (NLT) says: Unfailing love and truth have met together. Righteousness and Peace have kissed.

I, Janice McMullen, did not know your wife or family other than what Carlyle wrote when she was walking through her struggle with cancer. She seemed to have been righteous minded and full of Christ; therefore, I believe she is as peace, and unfailing love and truth have met and kissed.

My Sympathy to your family.

Janice
July 29, 2014
William, Will, Charlotte, Campbell, your strength and courage in the face of this great loss, gives us courage and our prayers continue for you in the difficult days ahead. May God bring comfort to you at this time.
July 29, 2014
I met Carlyle my junior year at Smith College. She was welcoming, caring and kind. I have many fond memories with Carlyle, Jenny, and Kristen. Carlyle has touched the hearts and souls of so many and we are all blessed to have had her in our lives. My condolences to the family. You are all in my prayers!
Heather Stoll
July 29, 2014
Rest in peace,Carlyle. My prayers are for the family.God be with your family and give them comfort.
Sister Carolyn Bennett, IHM
July 29, 2014
It's been an honor to have Carlyle as a friend and spend a few years in a playgroup together in Palm Harbor, FL. She will be remembered as I see her smiling face and reflect on her exuberance for her family, friends and life. We will carry that with us! Much love to Carlyle and her family.
July 29, 2014
With love and in gratitude to Carlyle for a precious sisterly friendship with my daughter Jeni
July 29, 2014
Carlisle was a good and faithful friend to my daughter Jeni since they met as freshmen at Smith. We will all miss her.
Richard Harper
July 29, 2014
May the love of friends and family carry you through your grief.
Gina Harrell
July 29, 2014
May you rest in PEACE. You are an ANGEL....
Marqueza Ortiz
July 29, 2014
To an amazing mom, teacher, and friend who made all of our lights shine a little brighter. You will be greatly missed and admiringly remembered.
Wendy Harrison
July 29, 2014
Rest in Peace. Oue love and prayers to Carlyle and her family. Carlyle will never be forgotten for she was a special person in the lives of all she met. I knew her as a teenager and young woman, She touched our lives even then. Our deepest sympathy to her family.
Linda Henrick
July 29, 2014
I lit a candle for you on Sunday Carlyle and for your precious family. Rest now friend and keep a watch over all of us while we struggle to live life with the enthusiasm and energy that you did!
Anita Cannon
July 29, 2014
Carlyle lived such an amazing and inspiring life!! Her beautiful smile and spirit will be greatly missed at St. James School!
Marilee Gilbert
July 29, 2014
Will never forget that beautiful smile!! I continue to pray for those who are left behind to grieve and will follow through will my promises to you! We will all cherish the memories forever!
Tiffany Lane
July 29, 2014 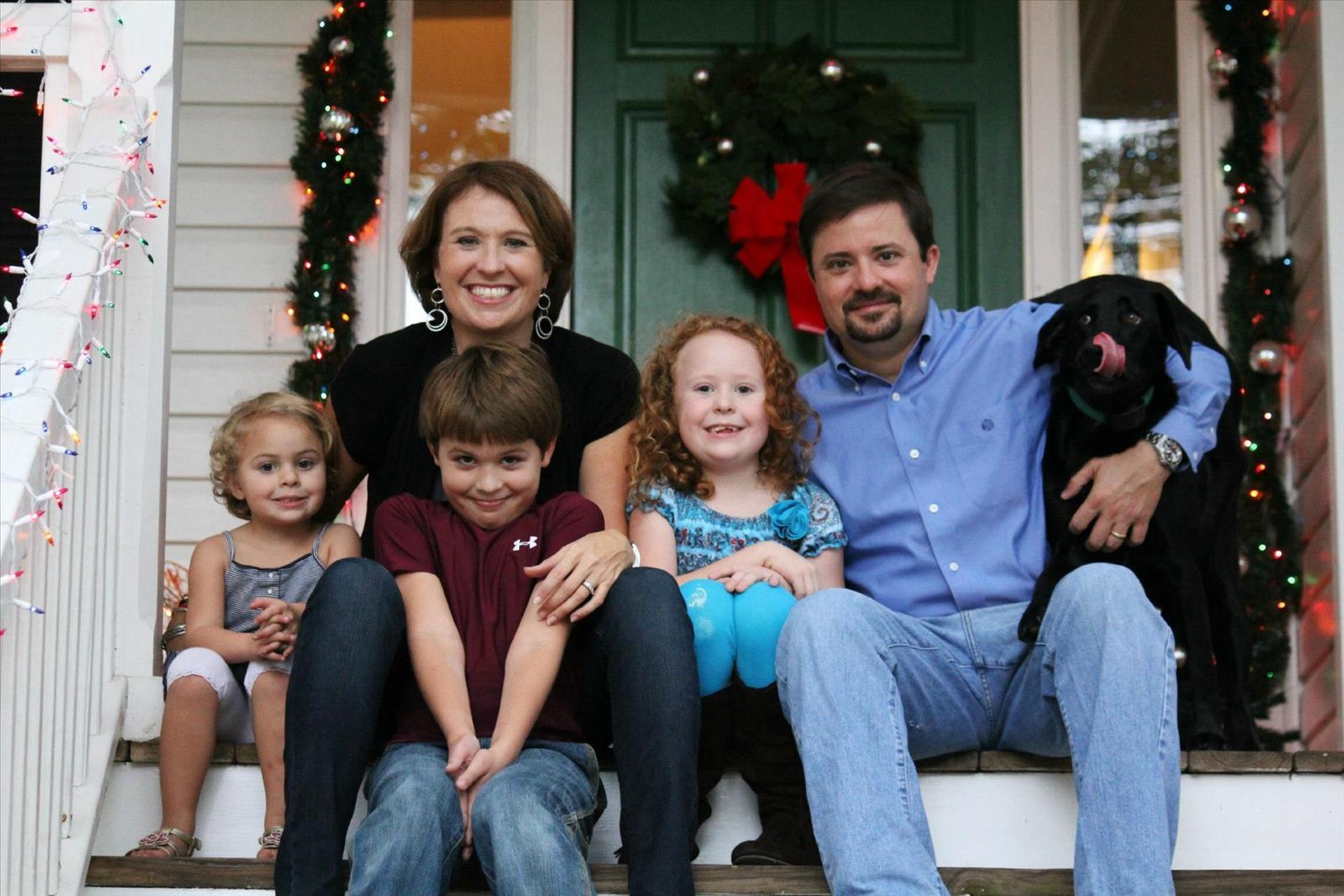 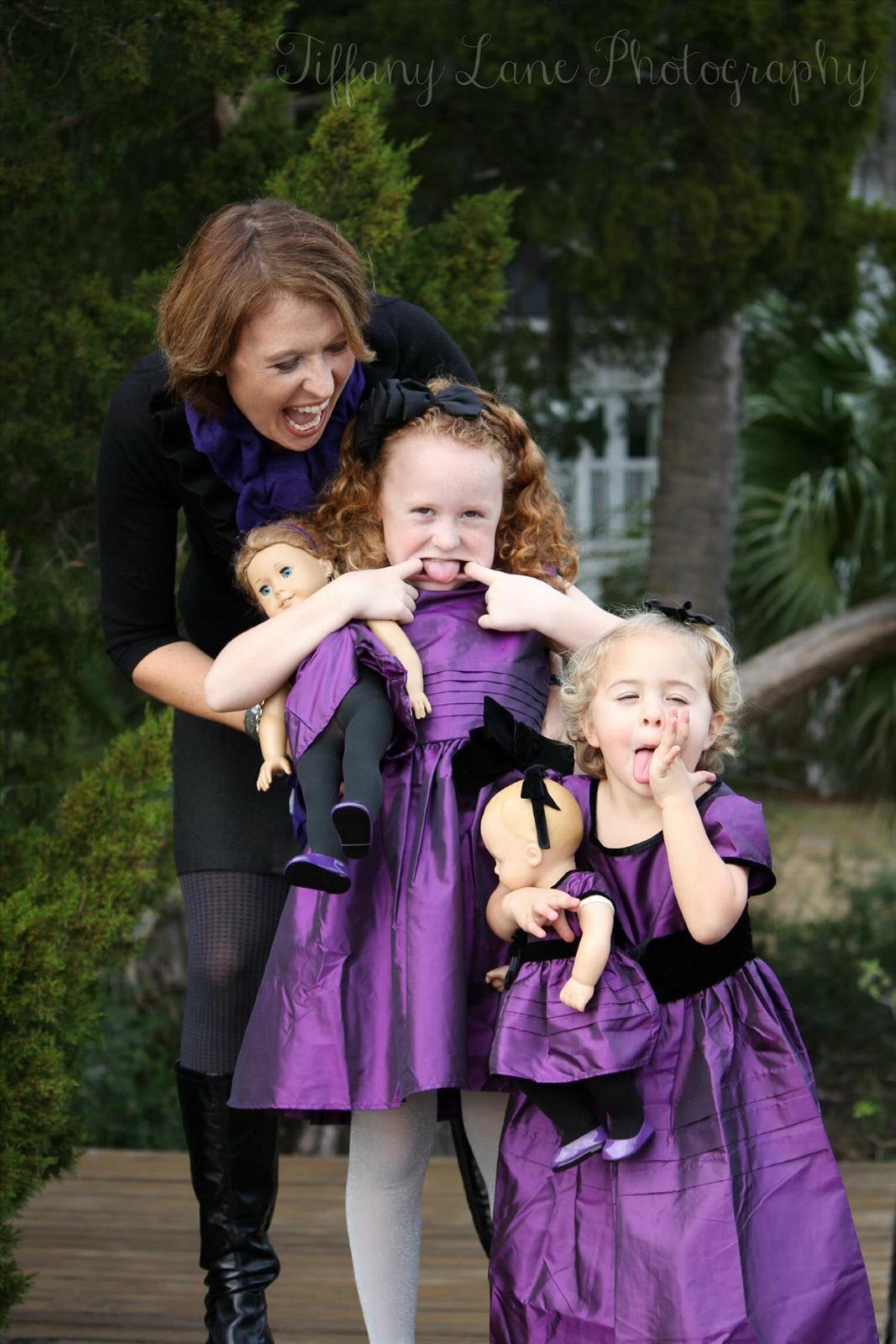 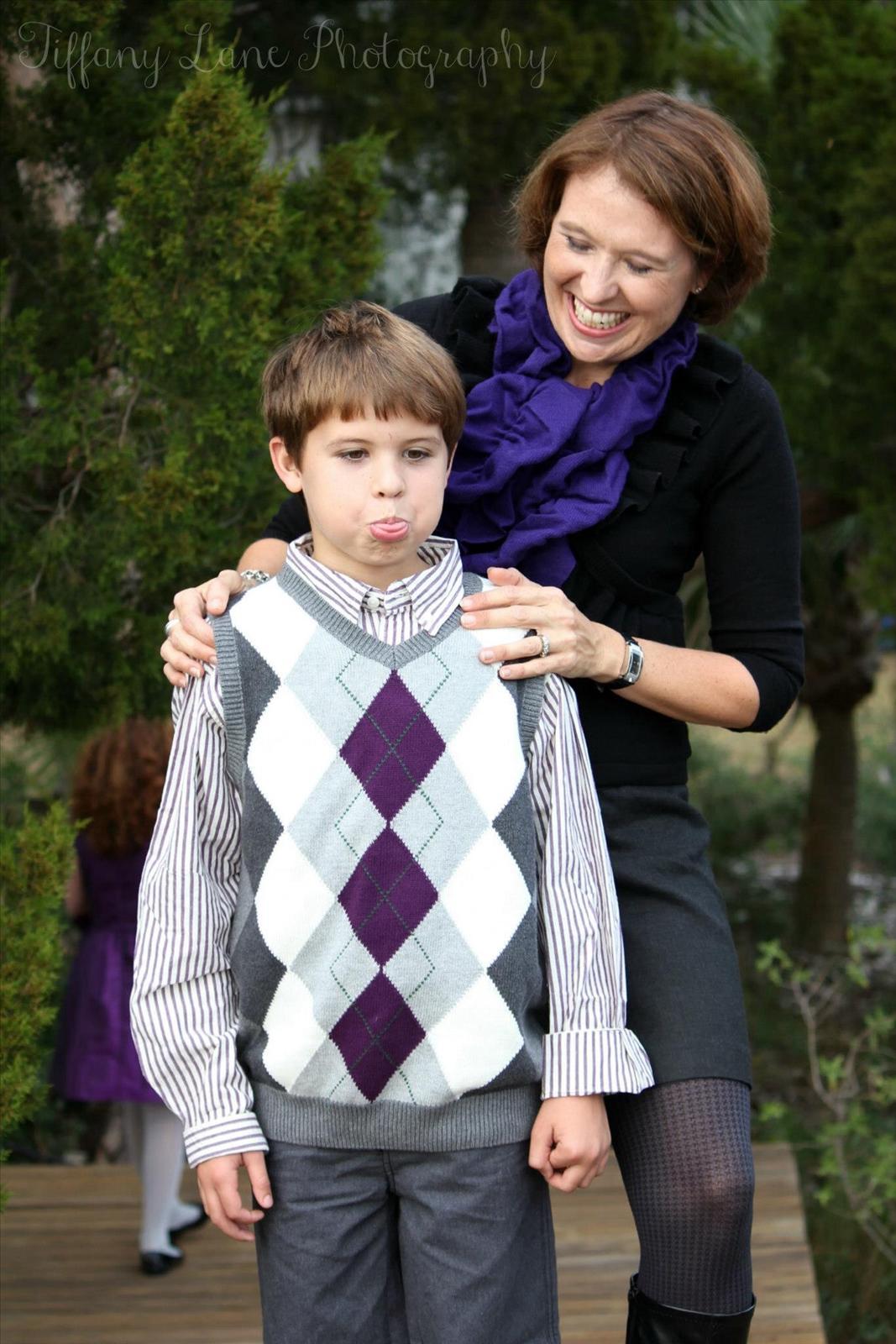 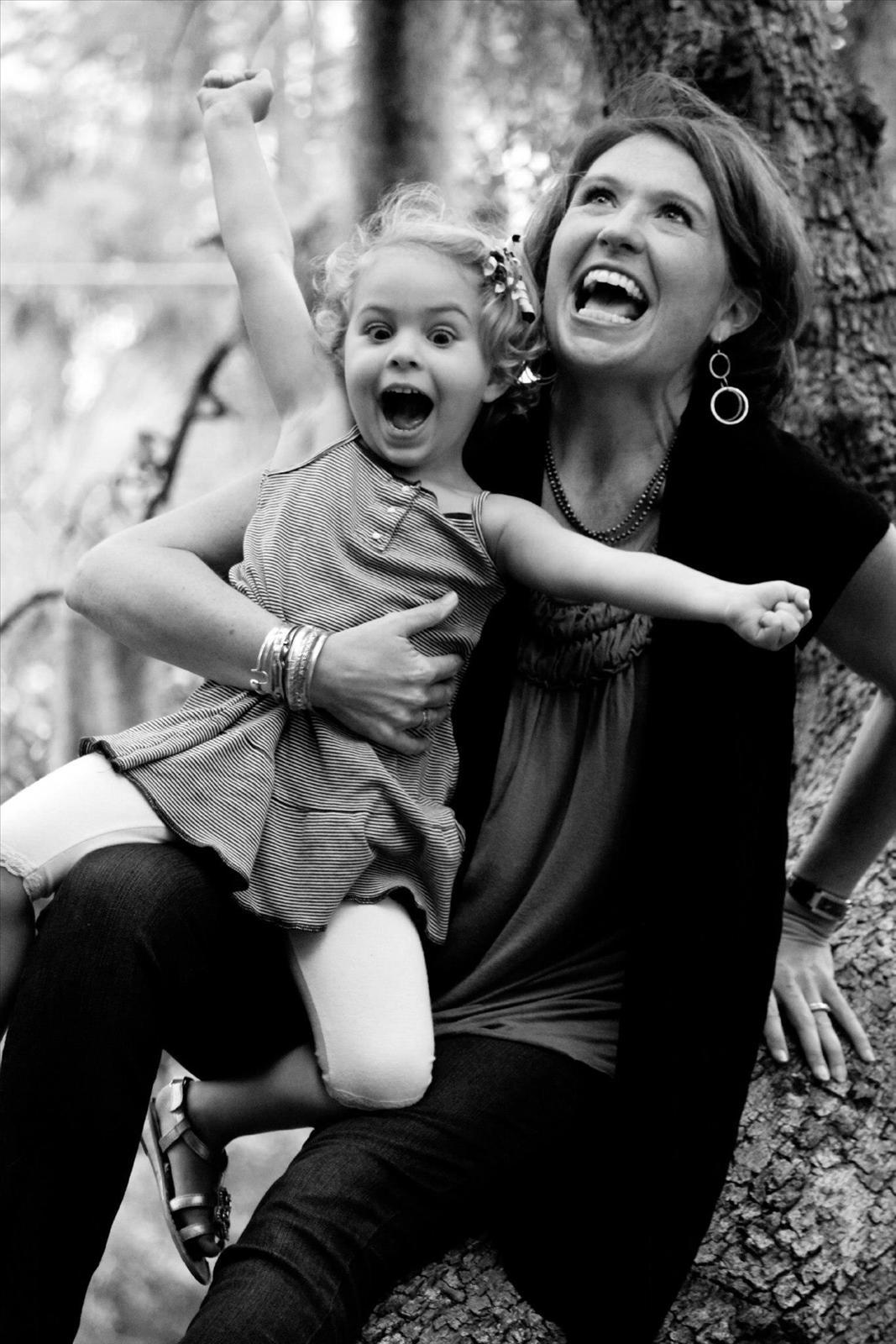