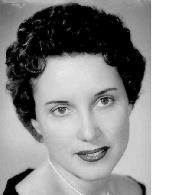 FUNERAL HOME
Fox & Weeks Funeral Directors
4605 E Highway 80
Savannah, GA
Elizabeth Bynum Betty Mullis - SAVANNAH - Elizabeth Bynum Betty Mullis, died Tuesday, December 3, 2013 at Spanish Oaks Retreat. She was born in Savannah, daughter of Clarence Hayden and Lorene Fennell Bynum. Betty was a graduate of Savannah High School. After graduation, she worked for Western Union in New York, where she also pursued modeling. Betty and her husband, William E. Mullis, Jr. lived in Savannah. She was a proud homemaker with a talent for interior design. Adored by many family and friends, Betty will be remembered for her generosity, loyalty and compassion. She was also a member of the group, Best of Friends (BOF) and a communicant of St. Peter the Apostle Catholic Church. Other than her parents, she was preceded in death by her husband and beloved granddaughter, Brittany Anne Reardon. Surviving are her children, Dale Mullis Reardon (Michael) of Savannah; Ruthie Mullis Smoak of Savannah; William E. Mullis, III ( Miyuki) of Osaka, Japan; grandchildren, James P. Barbee, Jr. (Megan) of Savannah; Michael A. Reardon, II (Sarah) of Jacksonville, FL; Erin Smoak Stanley (Danny) of Goodyear, AZ; William E. Mullis, IV of Osaka, Japan; great grandchildren, Patrick and Brooklyn Barbee, Eden and Landry Stanley. In appreciation to Bertha Edwards and Beverly Green for their compassion, loyalty and most of all, love given to our mother over the years. God blesses those who give calmness to the distraught, strength to the weak at heart, and comfort in solace to the ailing. Mass of Christian Burial: 2:00 p.m., Friday, December 6, 2013 at St. Peter the Apostle Catholic Church with Father Joseph Smith, Celebrant and Monsignor P. James Costigan, Concelebrant Burial: The Greenwich section of Bonaventure Cemetery. Remembrances: St. Vincent's Academy, 207 E. Liberty St., Savannah, GA 31401 or St. Peter the Apostle Catholic Church, P.O. Box 30859, Savannah, GA 31410. Please sign our online guestbook at www.foxandweeks.com Fox & Weeks Funeral Directors, Islands Chapel Savannah Morning News December 6, 2013 Please sign our Obituary Guest Book at savannahnow.com/obituaries.

Rufus & Nancy Riggins Taylor
December 12, 2013
Billy, Ruthie and Dale, I was sorry to see that your mother had passed. My prayers are with you all.

My thoughts and prayers are with you and your family.

Our heartfelt condolences to you and your family. Please know that you are in our thoughts and prayers.
Arthur & Phyllis Weil
December 7, 2013
Letter to my loved ones, from your Angels Betty And Brittany in Heaven..

To my dearest family,
Some things I would like to say,
But first of all, to let you know
That I arrived ok.
I'm writing this from Heaven
Where I dwell with God above,
here there's no more tears or sadness
There is just eternal love.
Please do not be unhappy
Just because I'm out of sight.
Remember that I'm with you
Every morning, noon, and night.
That day that I had to leave you
When my life on earth was through,
God picked me up and hugged me
And He said, I welcome you.
It's good to have you back again
You were missed while you were gone.
As for your dearest; family
They'll be here later on.
I need you here so badly
As part of my big plan.
There's so much that we have to do
To help our mortal man.
Then God gave me a list of things
He wished for me to do.
And foremost on that list of mine
Is to watch and care for you.
And I will be beside you
Every day and week and year.
And when you're sad,
I'm standing there to wipe away the tears.
And when you lie in bed at night
The days chore put to flight
God and I are closest to you
In the middle of the night.
” When you think of my life on earth
And all those loving years,
Because you're only human
They're bound to bring you tears
But do not be afraid to cry
It does relieve the pain.
Remember, there would be no flowers
Unless there was some rain.
I wish that I could tell you
Of all that God has planned,
But if I were to tell you,
You would not understand.
And to my many friends trust,
God knows what it best.
I'm still not very far away from you
I'm just beyond the crest.
And now I am contented that my life,
It was worthwhile.
Knowing as I passed along the way
I made someone smile.
When you're walking down the street
And you've got me on your mind,
I'm walking in your footsteps
Only half a step behind.
And when you feel that gentle breeze
Or the wind upon your face,
That's me giving you a great big hug
Or just a soft embrace.
And when it's time for you to go
From that body to be free,
Remember, you're not going,
You are coming here to me.
And I will always love you
from that land way up above.
I'll be in touch again soon,
P.S. GOD SENDS HIS LOVE!

We are so sorry to hear about your Mother. Please accept our sincere condolences and prayers for you and your family at this difficult time.
Mac & Brenda Salter
December 6, 2013
Dear Ruthie & family,