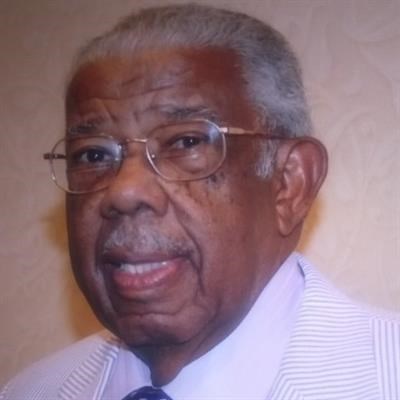 BORN
1926
DIED
2017
FUNERAL HOME
Adams Funeral Services, Inc. - Savannah
510 Stephenson Ave
Savannah, GA
Dr. Lester B. Johnson, Jr., 91, passed away on Wednesday, November 29, 2017 at Candler/St. Joseph's Hospital. He was a second generation Savannahian, the son of Lester B. Johnson, Sr. and Lucille Baldwin Spencer Johnson. A product of local public schools, he was a graduate from Alfred E. Beach High School where he was President of his Class in 1944. He earned a B.S. degree in Architectural Engineering from Hampton University in 1949. His tenure at Hampton was interrupted by a sixteen-month tour of duty in the United States Army. He received the Master's of Education Degree in industrial education from South Carolina State University in 1966. Dr. Johnson earned his Ph.D. in vocational education from the University of Missouri-Columbia in 1973. His teaching career of 43 years includes a 20-year tenure at Alfred E. Beach High School as an industrial arts and mathematics teacher. He also served as the school's photographer, yearbook advisor, varsity club advisor, and athletic statistician. Dr. Johnson was named Beach High School Teacher of the Year in 1961. In 1969 Lester began teaching at Savannah State University. He was appointed chairman of the Department of Engineering Technology in 1973 and served as acting Chairman of the Division of Technical Sciences in 1976 and 1978. Under his leadership, the three engineering technology programs were accredited in 1972, and continued to maintain their accreditation status. He retired as professor and chairman emeritus of engineering technology in 1992. Johnson designed the first two commemorative license plates and the centennial flag for Savannah State. In 1991 Lester was selected for the University's Distinguished Teaching Award. Membership in professional organizations includes the American Society for Engineering Education and the National Institute for the Certification of Engineering Technologies. Dr. Johnson was past secretary, vice president and president of the Board of Trustees for the Greater Savannah Athletic Hall of Fame. In 2008, he was named Trustee Emeritus. He served on the Historic Review Board for the City of Savannah and the Board of Equalization. Dr. Johnson was the first African American youth to attain the rank of Eagle Scout in Savannah. For his dedication to scouting Lester was given the Whitney M. Young Lifetime Service Award. Dr. Johnson worked at the Savannah Morning News for twenty-one years where he was supervisor in the circulation department.

Lester is a life member of the Omega Psi Phi Fraternity. He is a past Basileus, Keeper of Records and Seal, and Parliamentarian of Mu Phi Chapter. He was a charter member of the Board of Directors for the Omega Life Membership Foundation and a former state representative for Georgia. Dr. Johnson was a charter and life member of the Ralph M. Gilbert Civil Rights Museum. His additional memberships and associations included the following organizations: King-Tisdale Foundation, Coastal Jazz Association, Savannah Quarterback Club, LCRS Community Association, Lifetime Member of the NAACP, Georgia Historical Society, National Hampton Alumni Association, and the Wolves Club. He was a member of St. Benedict the Moor Catholic Church where he was past president of the Holy Name Society and a part of the Eucharistic ministry. He was a charter member of the Knights of Columbus, Council 10274 and a 4th Degree Knight. He is survived by his loving wife of sixty-six years, Constance Mosley Johnson; five children and five children of love from unions of marriage; Joyce and Clifford Hardwick, Lester III and Salyon Johnson, Lynt and Gloria Johnson, Lisa and Kyle Webb, Leslie and Morris Johnson. From these five loving unions, there are twenty grandchildren and sixteen great-grandchildren. His siblings of love include Herman and Adelaide Mosley, Gloria and Theodore Lewis, Annette Mosley Patrick and Robert Patrick. His cousins Clarence and Ann Davis, Michael and Barbara Daves and a host of nephews and nieces, also survive him. It has been said that a man's legacy is the success of his children. An educator's legacy would then be the success of his students. His children and former students include university presidents, judges, politicians, contractors, architects, educators, coaches, military officers, ministers, physicians, lawyers, engineers, actors, entrepreneurs, and many other accomplished citizens. Visitation will be 6:00 to 8:00 p.m. with Omega Service at 7:11PM on Tuesday, Dec. 5, 2017 at St. Benedict the Moor Catholic Church. Celebration of Life Services will be on Wednesday, Dec. 6, 2017 at 11:00 a.m. at St. James Catholic Church. Interment will follow at The Catholic Cemetery with military honors. In lieu of flowers, please make donations to Hampton University

The Robinson family (Kevin and Veronica) would like to offer our sincere condolences during this time. You are in our hearts and prayers. May God continue to Bless you.
Kevin Robinson
December 5, 2017
My condolences to the Johnson family. Praying for strength and peace during the coming days. May the Lord bless you always.
Cheryl (Jarnigan) Coleman
December 5, 2017
Condolence to your family praying God will comfort you
clarence Bailey
December 5, 2017
To the Johnson family ,
Leslie is a wonderful friend and co-worker of mine here in Raleigh N.C. We are prayer partners and my heart is heavy for her and all of her family. Thoughts and prayers are with all of you during the days ahead.
God Bless
Bonnie Pittman
Bonnie Pittman
Friend
December 5, 2017
I remember Mr Johnson as a teacher and an inspiration back in the 50's. God Bless the family and friends in their sorrow.
ELEANOR GRAY
December 5, 2017
What a beautiful Soul! He saw only the good in everyone. He will be missed, but his mark remains in all whom he met.
Reginald Dantzler
December 5, 2017
Leslie and Morris and the entire Johnson family. I will continue to lift the entire Johnson family up in prayer. We are very blessed to have had Dr. Lester Johnson in our lives and with us for so long. He will be missed dearly, but his spirit will live on thru his family and friends. He has certainly left us all an excellent standard to live up to an accomplish in our lives. With my deepest sympathy and prayers.
Gerardette Furlow
December 5, 2017
Mr. Johnson was like a second Dad to me growing up in Savannah. It was a joy having him in my life at a young age. Times like that will never be forgotten. My Condolences to the Johnson Family.
Mr. and Mrs. Leon and Regina Mincey
Neighbor
December 4, 2017
So long dear friend! See you later.

On behalf of the Brown-Cottemond-Gillam families, we are sending our sincere condolences to you and your family.

Our thoughts and prayers are with you during this sad time and we pray for your peace, comfort and God's continued blessing.
LTC (R) Alvin Lee
December 4, 2017
My thoughts and prayers are with the family.
Theresa L. Wright
December 4, 2017
Sending condolence to your family, praying that God keeps you and family in perfect peace
Clifford Jeter
December 4, 2017
He was a light of hope and opportunity for me and many others in my generation. He will be missed as a mentor and friend. May GOD continue to Bless his family.
Dr. Harold Jackson
December 4, 2017
A Legacy gone, but never forgotten. will be sadly miss.
O.L.
December 4, 2017
Sorry for your loss. Our God is a God of comfort continue to pray to Him and He will help you endure this difficult time in your life.
Psalm 90:10
December 4, 2017
What a life well led. What a gift he has given to so many.
Jennifer Hodge
December 4, 2017
Mrs. Johnson and Family,
You have my deepest sympathy. May God give you a peace that only He can provide in the days to come.
Harry B. Ladson, Jr.
December 4, 2017
You will be sorely missed, my dearest friend, Lester. My cherished moments will be the time spent with on Friday Nov. 24th 2017 in Savannah.'Forty Nine'ers Forever
Nathaniel Clements
December 3, 2017
My condolences to you and your family.
Elise Vestal
December 3, 2017
Rosemarie Pelote-Bowers
December 3, 2017
We are all grateful for the life of Mr Johnson. It is our hope that the family will feel the strength and love of God as each day passes. Fred and Geraldine Burroughs.
Frederick and Geraldine Burroughs
December 3, 2017
I didn't know Dr. Johnson, but from what I hear from those who did, his daughter Leslie must surely be a reflection of him. May peace and blessings comfort the family through this difficult time.
Beverly A. Henderson, HI 1960
Beverly A. Henderson
Acquaintance
December 3, 2017
Our deepest condolences to you Mrs.Johnson and your family for the loss of Dr. Johnson.....From Ricky & James.
December 3, 2017
Deepest condolences to you upon the loss of Dr. Johnson. Prayers that the love of God enfolds you all during this difficult time.
Tammara Lewis
December 3, 2017
May God bless you and your family in this time of sorrow.
J
December 3, 2017
My sincere condolences! My wife Jimmye and I will keep the family in our prayers. My regrets for not being able to attend the services!!
Dr Samuel D Jolley Jr
December 2, 2017
Dr Samuel D Jolley Jr
December 2, 2017
Showing 1 - 30 of 30 results