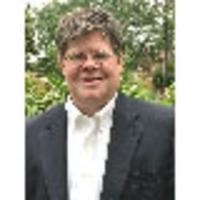 FUNERAL HOME
Fox & Weeks Funeral Directors
7200 Hodgson Memorial Drive
Savannah, GA
William Lawrence Ronning
Savannah
William Lawrence Ronning, 48, passed away Saturday at his home with his devoted family by his side.
Will, who was known by many names (most of which are related to a funny story), was a 1989 graduate of Savannah Christian Preparatory School, where he served as class president for a group of people who would remain friends for life. He was a proud graduate of the University of Georgia, where he received a degree in Risk Management and Insurance in 1991. While at UGA, he served as secretary of his fraternity, Sigma Phi Epsilon. After graduating from UGA, Will opened an Allstate Agency in Augusta before working for Policy Management Systems Corporation in Columbia, SC. But Will's commitment to risk management went beyond his professional life. He utilized his academic training fully throughout his life, developing a legendary reputation for frugality and risk aversion.
After mastering the insurance business, Will elected to attend law school and received a Juris Doctorate and Master of Business Administration degree from the Cumberland School of Law at Samford University in 2001. He accepted a position at Bouhan, Williams, and Levy, LLP in Savannah, where he eventually became a partner before embarking on a third career in 2011 when he partnered with his friend, Gary Nesbit, at Coastal Medical Billing. He became the sole proprietor of that business in 2016.
Will was active in the Savannah community, graduating from Leadership Savannah, serving as a member and past Captain of the Savannah Quarterback Club, and dedicating his time and considerable intellectual resources to a United Way allocation panel and Savannah Board of Zoning and Appeals.
Those are the facts and details about Will Ronning's life, but they don't begin to tell the story of Will Ronning. Will was an unforgettable figure, a character who created a lasting impression with anyone who spent time with him. He was widely respected as a culinary genius who could grill or smoke virtually any meat to perfection. He could bring a room of people to a roaring laughter with one well-timed pithy comment or even just one of his trademark quizzical facial expressions. He was well liked and well known, but he didn't seek or need the approval of anyone. His unkempt hair alone was a topic of frequent conversation at parties, and he was often seen wearing a red University of Georgia visor that sat perfectly at the right angle. Many people are described as one of a kind, but Will Ronning truly lived up to that compliment every day.
Speaking of the University of Georgia, Will ardently loved Georgia football alongside many long-suffering friends who traveled with him to Sanford Stadium and begged the Dawgs with him while watching games in houses, bars, on docks and porches throughout South Georgia. Like most of his peers, his love/hate relationship with the Georgia Bulldogs was bordering on unhealthy, and it was perfectly natural for Will and a friend to talk about the team's prospects on a Tuesday afternoon in April at the post office. In Savannah, Will Ronning was as much a part of Georgia football as Herschel Walker, Larry Munson or Vince Dooley.
But more than all of that, Will was an exemplary father, husband, son, brother and friend. He is survived by his wife, Beth Tumlin Ronning, his children, Julia Carr Ronning and William Maxwell Ronning, his mother, Patty Lawrence Ronning, his sister, Alison, and his brother-in-law, Danny Mahfet, niece, Grace Mahfet and nephew, Joe Joe Mahfet, his in-laws, Bill and Sherrie Tumlin, brother-in-law Charles Tumlin, and sister-in-law, Casey, and two nieces, Jennings Tumlin and Claire Tumlin, a nephew, William Tumlin. He is also survived by numerous aunts, uncles, cousins and friends who will miss him and cherish their memories of him. And last but certainly not least, his dog, Ruby.
A graveside funeral service will be held at 11:00 a.m. on Friday, October 11, 2019 at the Greenwich Cemetery Columbarium.
In lieu of flowers, please consider a donation to The Savannah Quarterback Club, the #55 Fund at Savannah Christian Preparatory School or the Mesothelioma Research Foundation at www.curemeso.org.
Please sign our online guestbook at www.foxandweeks.com
Savannah Morning News
Please sign our Obituary Guestbook at
savannahnow.com/obituaries

Published by Savannah Morning News from Oct. 6 to Oct. 8, 2019.
To plant trees in memory, please visit the Sympathy Store.
MEMORIAL EVENTS
Oct
11
Graveside service
11:00a.m.
Greenwich Cemetery Columbarium
GA
Funeral services provided by:
Fox & Weeks Funeral Directors
MAKE A DONATION
MEMORIES & CONDOLENCES
Sponsored by SavannahNow.com.
5 Entries
Will Ronning was a very friendly person which i learned during the very short stint of my friendship with him. I will never forget his ever smiling face, and his intention to help.
Selvaraj Murugaiyan
November 20, 2019
I have not seen Will in years and I am so sad to hear of his passing. He was one of the greatest and most fun people I have ever known. Prayers to his family. Brian Britt, Samford University, JD/MBA 2001
Brian Britt
October 12, 2019
Beth,
I am so sorry for your loss. I didn't know Will but I wished I had. He sounded like a wonderful man. God bless you and your family during this time. Take care,
Jody McHugh Henderson
October 9, 2019
I attended UGA with Will and he was one of kindest and funniest friends I made. He was part of a circle of friends that I loved deeply in college. We had many good times at Dudley, his river house, UGA games, and ski trips to Snow Shoe. I will always remember his Thanksgiving song and smile.My prayers and deepest sympathy to his family and friends.
Carla Pennell
October 8, 2019
Hey Will, Debbie & I just sold the Gwinnett St. house, and have been remembering all of our dear friends who spent time there who have now passed on. They have all been older than us, until now. I should not be reading your beautiful obituary, but there it is. You always were a fine young man, even when that RDT dude tried to drag you off course. Thank you for touching our lives. --Jamey & Debbie Smith
October 8, 2019
Showing 1 - 5 of 5 results