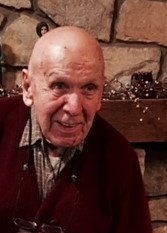 Born in New Philadelphia, George was a son of the late George J. Micklesavage and Veronica E. (Grigalunas) Micklesavage. George's father died in 1945 from working in the coal mines, leaving the family of six without regular income.

Within two years, and the day after his high school graduation, George enrolled in the Navy, where he served for nine years. He sent the majority of his pay home, providing for his mother and siblings. George continued his dedication to his family by living with and caring for his mother until her death in 2002.

After his discharge from the Navy, George attended and graduated from La Salle University, where he earned a business degree, becoming the first of his family to earn a college degree.

Later in life and after the passing of his mother, George finally took some time to see the world, traveling Trans Canada, to Germany, Austria, Czech Republic, Slovakia, Switzerland and Brazil. George loved reciting poems and playing the piano. He appreciated the "angels" that watched over him and cared for him in his final years, although he was caring and generous on his own accord, positively impacting the lives of many people throughout his life.

He was preceded in death by his brother, Walter Micklesavage; sisters, Irene DeJoseph and Albina Davidavage.

George is survived by his two sisters, Gloria Edinger and Elaine McKeon.

George requested that his ashes be interred at Indiantown Gap National Cemetery in respect to the legacy of his service for his country. A private Celebration of Life will be held in lieu of a service, at George's wish. Visit GroseFH.com.

Published by Republican & Herald on Dec. 1, 2021.
To plant trees in memory, please visit the Sympathy Store.
MEMORIAL EVENTS
To offer your sympathy during this difficult time, you can now have memorial trees planted in a National Forest in memory of your loved one.
Funeral services provided by:
Grose Funeral Home, Inc.
MAKE A DONATION
MEMORIES & CONDOLENCES
Sponsored by Grose Funeral Home, Inc..
1 Entry
Just found out that our dear former neighbor in Arborgate, George passed. He was such a great friend who was such a wealth of knowledge...often sat with him for his new knowledge of his piano lessons...loved sharing food items between us...after our move still tried to keep in touch. Always enjoyed yellow watermelons I would bring to him in the summertime. You will be missed George! Keep playing that piano George!
Forrest and Edna Blatt
Friend
December 13, 2021
Showing 1 - 1 of 1 results