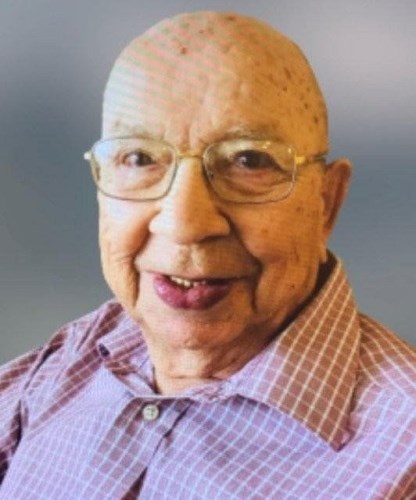 Born in Lykens, Sept. 21, 1924, a son of the late Theodore "Frank" and Mary Boburka Tiazkun. George was a graduate of the former Lykens High School. He was an Army World War II veteran.

George was the retired manager of the former Alfa Laval, Lykens. Following retirement he began his own business, DraCool of Lykens.

He was a lifelong active member of the former Holy Ascension Orthodox Church, Lykens. He was also a member of the Gratz VFW, Williamstown American Legion and had served on the board of the Lykens Water and Sewer Authority.

George will be remembered for his strong work ethic, his love for his town of Lykens, where he enjoyed volunteering and giving back to the community. His family was the center of his world, he was extremely proud of his grandchildren.

Services will be held at 11 a.m. Saturday, Dec. 11, 2021, from the Chapel of the Dimon Funeral Home Inc., Tower City. Burial with military honors will be held in Sacred Heart Cemetery, Williamstown. Visitation will be from 10:30 to 11 a.m. at the chapel. In lieu of flowers, donations should be made to the Friends of Lykens, payable to the Lykens Chamber, P.O. Box 202, Lykens, PA 17048 or the Williamstown American Legion, 123 W. Market Street, Williamstown, PA 17098. To send condolences to the family visit www.dimonfuneralhome.com.