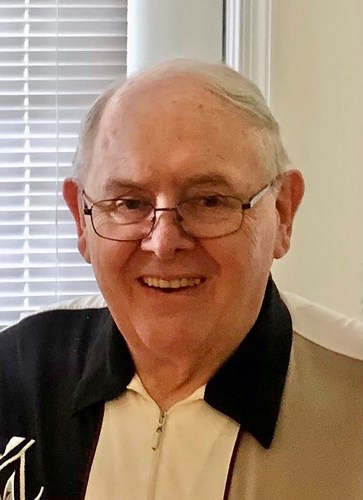 Harry was raised in Heckscherville and attended St. Kieran Catholic School and Cass Township High School, where his father was the school principal. Harry continued his education at Moravian College and Kutztown State College, earning an undergraduate degree in secondary education (social studies and English). He went on to earn a master's degree in education at Western Maryland College. He spent the majority of his career teaching junior high school history and government in the Montgomery County, Md., public school system. Many of the teachers who crossed paths with Harry throughout his career became lifelong friends.

Harry and Charlotte retired to Pottsville and eventually moved to Williamsburg, Va., to be closer to family. Harry spent his retirement years traveling, volunteering and closely following the exploits of his daughter's Air Force family. In fact, Harry's first ride on an airplane was to visit his daughter and son-in-law in Texas. Subsequent visits took Harry and Charlotte to Alaska, Texas, Alabama and Virginia. Even though his granddaughters were stationed at a distance, fostering a close relationship with Anna and Katie was always a top priority. He was very proud of their accomplishments, both large and small. Harry relished the weekly phone call updates from his granddaughters, which continued into their adulthood. Their dedication to stay connected was a testament to their love for their "Pop Pop."

Harry was an avid sports fan and enjoyed conversations with friends and family about national, college and local high school sports. He also had a strong connection to the people, communities and history of the Irish Valley and Pennsylvania coal region. During his travels, which included two trips to Ireland, he never failed to find someone connected to the area in which he grew up. He was proud of his Irish heritage and never missed Heckscherville's Annual Irish Weekend. Harry attended St. Kieran Church, Heckscherville; St. Patrick Roman Catholic Church, Pottsville; and St. Olaf Catholic Church, Williamsburg, Va.

A memorial service will be held at a later date with inurnment in St. Patrick Calvary Cemetery, Pottsville. Online condolences may be shared at www.nelsenwilliamsburg.com.

To plant trees in memory, please visit our Sympathy Store.
Published by Republican & Herald from Jan. 23 to Jan. 24, 2021.
MEMORIAL EVENTS
No memorial events are currently scheduled.
To offer your sympathy during this difficult time, you can now have memorial trees planted in a National Forest in memory of your loved one.
GUEST BOOK
0 Entries
Be the first to post a memory or condolences.