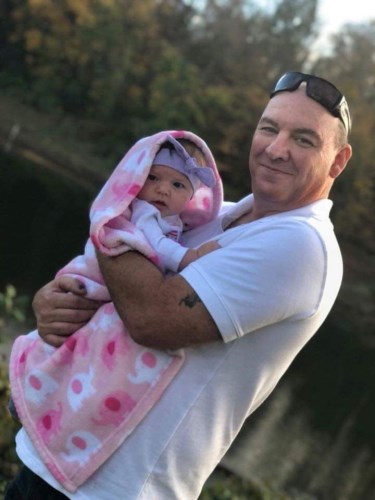 Michael Gene Smith, 47, of Minersville, formerly of Texas, passed away on Saturday, Aug. 14, in Blythe Twp. due to injuries sustained in a motorcycle accident.

Born on Feb. 20, 1974, in Abilene, Texas, he was a son of Anita Jackson, Albany, Texas, and Danny Reeves (spouse, Janice), Abilene, Texas. He was a 1992 graduate of Hope (Arkansas) High School. He was employed as a truck driver by J.B. Hunt, working with Mission Foods in Mountain Top.

Michael was a devoted Christian and a loving father to his kids.

Published by Republican & Herald on Dec. 5, 2021.
To plant trees in memory, please visit the Sympathy Store.
MEMORIAL EVENTS
To offer your sympathy during this difficult time, you can now have memorial trees planted in a National Forest in memory of your loved one.
MAKE A DONATION
MEMORIES & CONDOLENCES
1 Entry
In loving memory of a great and wonderful person. Will love you and miss you always.
Cyndi Hranchock
December 5, 2021
Showing 1 - 1 of 1 results