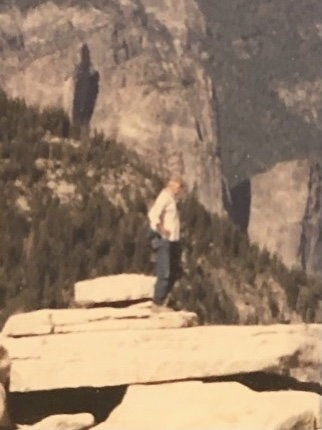 He was born March 4, 1930, in Pottsville, a son of the late Alfred R. and Catherine Schwerkiet Thornburg.

He was a 1948 graduate of Pottsville High School, where he participated in football and track and field, earning the nickname "The Flash"

He was a Navy veteran, having served during the Korean War and later worked at Homestead Airforce Base.

Warren was a member of Black Diamond Navy Club, Minersville. Throughout his life, Warren enjoyed hiking, especially at Sharp Mountain.

He was preceded in death by two brothers, Richard and Melvin Thornburg.

Services and interment are at the convenience of the family. Arrangements are under the care of James E. Humphrey Funeral Home, Pottsville. Please share your memories and condolences with Warren's family by signing the guest book at www.jehumphreyfuneralhome.com.

Published by Republican & Herald on Nov. 27, 2021.
To plant trees in memory, please visit the Sympathy Store.
MEMORIAL EVENTS
To offer your sympathy during this difficult time, you can now have memorial trees planted in a National Forest in memory of your loved one.
Funeral services provided by:
James E. Humphrey Funeral Home - Pottsville
MAKE A DONATION
MEMORIES & CONDOLENCES
Sponsored by James E. Humphrey Funeral Home - Pottsville.
7 Entries
Warren was a good father and grandfather always there for his kids and grandkids . He loved Volunteering at Rotary Field taking pride cutting the grass and marking the field To look like a major league ball park which was so nice for the kids and their parents. I always remember him as a great conversationalist and someone who always was more interested in you and not talking about himself I can always remember seeing him doing his walks (which probably contributed to his 91 years on this earth). Lynn, Mike ,Dave ,and Dan your pop was a good man and all of you turned out to be wonderful people with the guidance from Warren and Betty Jean. I know it’s last couple of years or tough for him and now he’s in a better place
Mike Flynn
Friend
November 29, 2021
So sorry to hear of your loss. I will be thinking of you and praying for you.
Joan Adolphson
November 29, 2021
Condolences to the family of Warren Thornburg. Remember him from living in Mechanicsville and also attending Pottsville High School. Great athlete
and a really nice person. Rest in Peace Warren
Alfy Burch
Classmate
November 28, 2021
Thoughts and prayers with the Thornburg family as they go through this sorrowful time while laying their father to rest
Dave McKeon
Family
November 28, 2021
Hello Lynn and family
I am sorry for your loss of your father and grandfather. My sympathy to your brothers and families also.
You may remember me as working with you at Dr. Croley's office in Sch. Haven many years ago. I have many fond memories of those days and working with you. I wish you well in your grieving process and your future in Florida. I would love to meet with you if you are in Pottsville and available, just give me a call anytime.
Charlotte (Doolin) Grauf
Coworker
November 28, 2021
Lynn Mike David and Dan and Families.
Hard to watch your love one lose the life they once loved. Warren will find peace now as you will with the great memories you have of your dad and grandfather. We pray for everlasting rest in peace. Our thoughts are with you.
Kevin and Marie Thornburg
Family
November 28, 2021
To all the Thornburg family, know that you are In our thoughts and prayers.
Dave McKeon
Family
November 27, 2021
Showing 1 - 7 of 7 results