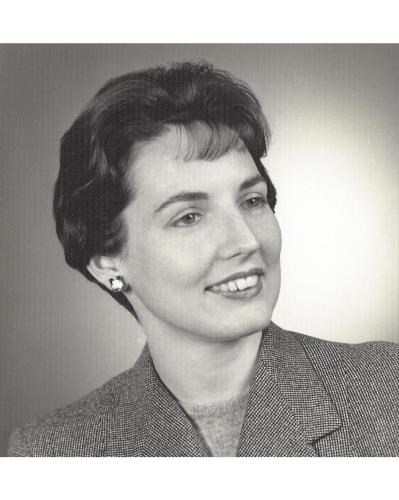 BORN
1933
DIED
2021
FUNERAL HOME
Gilbertson Funeral Home and Cremation Service - Stanwood
27001 88th Ave NW
Stanwood, WA
Stanwood - Frances Rush passed away peacefully in her sleep surrounded by family and friends on the evening of May 30, 2021. She is survived by her daughter Toni Rush of Camano Island and her daughter and son-in-law Terri and Christopher Snider of Stanwood. Frances is also survived by her brother Fred Thompson of Edmonds and two nephews Bob Thompson of Bellingham and Greg Thompson in Bend, Oregon. She was preceded in death by her parents, her nephew Phil Thompson, and her sister Judy Balk.

Frances was born to Dona Brannon and Hancel Thompson in Cordova, Alabama in 1933. During the Great Depression, her family traveled throughout the US looking for work. She lived in Utah, Washington, and New Mexico, before returning to Mobile, Alabama, where her family settled. She attended the University of Alabama and became a radiologic technologist, working in the medical X-ray field for 52 years until her retirement in 2005. Frances married Johnny E. Rush in 1953 and they divorced in 1987. She remained contentedly single after that.

Frances loved to travel. She visited Japan in the late 1950s and Brazil in the early 1960s. She was a member of a civilian cultural exchange to the USSR at the outset of Détente in 1970, visiting Moscow, Kiev, and St Petersburg. She went to the UK and France with her daughters and son-in-law in 2000 and continued traveling throughout her life. She visited every state in the union along with most Canadian provinces. She also lived in several states including South Carolina, Illinois, Washington, California, and Alaska. She and her family survived the great Alaskan Earthquake of March 1964, the largest earthquake in North America to date.

Frances had many hobbies and interests, passing on her passions to her children. She enjoyed spending time in nature and could identify birds by their songs. She loved to grow both produce and flowers in her garden and cooked up a mean pot of collard greens. She was a great seamstress and tailor, creating clothing and household items while teaching her daughters about the fabric arts. She taught herself personal finance and loved reading about investing.

Frances was a happy person and truly enjoyed the company of people. She liked learning new things and spending time with others doing the same. She was quick with a joke and could always make people laugh.

In her youth, Frances played clarinet in marching bands and Mardi Gras parades. She believed that music education led to a more fulfilling life. In her memory, donations can be made to the Education Program of the Skagit Symphony.

A Celebration of Life service will be announced at a later date.
Published by Stanwood Camano News from Jun. 22 to Jun. 23, 2021.
To plant trees in memory, please visit the Sympathy Store.
MEMORIAL EVENTS
To offer your sympathy during this difficult time, you can now have memorial trees planted in a National Forest in memory of your loved one.
Funeral services provided by:
Gilbertson Funeral Home and Cremation Service - Stanwood
MAKE A DONATION
MEMORIES & CONDOLENCES
2 Entries
Frances was a lively friend who many enjoyed very much!! She always had fun stories to tell and made new members to the "Lunch Bunch" mass muster before getting her approval to join the group!! Frances was an exceptionally smart woman and a kind one. Rest In Peace Frances!!!!
Lynn White
June 27, 2021
I am grateful to know more of what a grand set of accomplishments and interests she had, besides knowing the wonderful daughters she raised. I am also grateful to have visited with her in her home in Stanwood, and during her visit to Los Angeles. Thank you to the family that cared for her.
Bill Reynolds
June 27, 2021
Showing 1 - 2 of 2 results