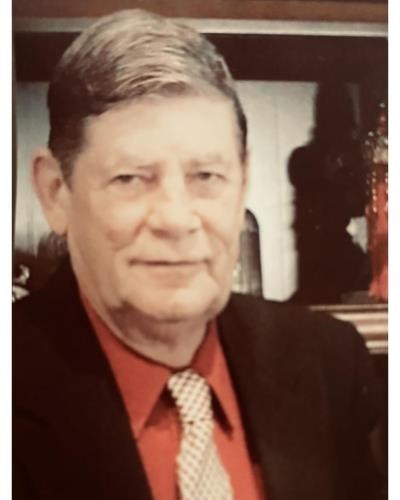 Visitation will be held from 10 AM until the time of service on Thursday, June 24, 2021 at First United Methodist Church in Lake Providence, Louisiana.

Interment will be held at the Northeast Louisiana Veterans Cemetery in Rayville, Louisiana.

Services are under the direction of Cox Funeral Home of Oak Grove and Lake Providence.

George passed away peacefully in his home with his beloved companion, Becky Love at his side.

George was born Feb. 8th, 1944 in New Orleans, LA, the 5th and last child of Albert & Cleo Reyer. George enlisted in Coast Guard in 1962 and was stationed in Bremerton Washington. George served his country till 1966 and then he pursued a career in the electrical field for the next 20 years working for Consolidated Electrical Distributors, INC. After CED he opened a Marine store on Camano Island, WA., there he retailed boats, fishing supplies, and was a mechanic of all engine types. He was close to the water and that made him happy.

George loved to fish and crab and be out on the water, wherever that may be.

In 2010, he met the last love of his life, Becky and he moved back to his birth state of Louisiana to retire on the lake with her.

He is survived by his three children, Jesse (Karen), Jennifer (Jeff) and Jodi, his four grandchildren, Emily, Zachary, Alexie and Ronan, of Washington State. His brother Alfred J. Reyer, Jr.(Bonnie), of Jacksonville, NC, sister Jo Ann Hahn (James) of Fort Wort, TX, sister Cleo Schexnaydre of Kenner, LA, and sister-in-law Carmen Reyer of Houston, TX. He is proceeded in death by his parents, Alfred and Cleo, brother Robert and his first wife the mother of his children, Gwendolyn. In addition to his own children and grands, George was surrogate uncle and grandparent to several young adults and children all of whom are too numerous to mention.

A celebration of life and service will be on Thursday, June 24,2021 at First United Methodist Church in Lake Providence, LA. George will be laid to rest at the Northeast Louisiana Veterans Cemetery in Rayville, LA.

Memorials may be made to First United Methodist Church of Lake Providence, or to the charity of your choice.
Published by Stanwood Camano News from Jul. 13 to Jul. 14, 2021.
To plant trees in memory, please visit our Sympathy Store.
MEMORIAL EVENTS
To offer your sympathy during this difficult time, you can now have memorial trees planted in a National Forest in memory of your loved one.
Funeral services provided by:
Cox Funeral Homes
MAKE A DONATION
Please consider a donation as requested by the family.
MEMORIES & CONDOLENCES
0 Entries
Be the first to post a memory or condolences.