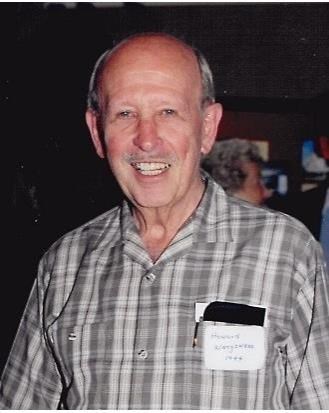 BORN
1925
DIED
2021
FUNERAL HOME
Gilbertson Funeral Home and Cremation Service - Stanwood
27001 88th Ave NW
Stanwood, WA
Everett Howard N Wangsness December 8, 1925 - July 4, 2021 Howard Wangsness, a Stanwood, WA native who lived a full and happy life of 95 1/2 years, passed peacefully into the loving arms of his Savior in the early hours of the morning of July 4, 2021. A fitting day for a World War II Coast Guard veteran who had circled the globe at least twice. Howard was born in Stanwood, WA to Manser and Sigrid Wangsness. He was the oldest of 3 children. His heritage being Norwegian, he never met a stranger. Anywhere he went, he would strike up a friendly conversation. He is survived by his loving son, Norman Wangsness, and his children, sons Elliott Howell and Brent Wangsness (Raquel) and their sons Killian and Rohan, and daughter Brita (Austin), along with his bonus daughters Dee Dee Sytsma (Andy) and her children Ashley (Lance) and Kelsie (Kevin), and Teresa Carlson (Steve), and their children Sarah (Bern) and their boys Tannen and Birk, and Maegan (Dustan) and their children Zayne and Brystol, his sister Shirley Mae Danielson and his special nieces and nephews, David, Susie, Carl, Karen, Julie and spouses, Mark, Kurt, Heidi and Jill, and spouses. He was proceeded in death by his wife Dena Wangsness, his sister Carlene Garrison, and his bonus son Steve Fudula and 1st wife Winnie, along with many cousins and friends. Howard did not want a big funeral, so a graveside service for Howard will be held on Saturday, July 24, 2021 at 1:30PM at Our Saviors Lutheran Church Cemetery, on Pioneer Hwy in Stanwood, conducted by Gilbertson Funeral Home. All are welcome to join there. Reception to follow. For those that wish, in lieu of flowers, memorial donations can be made to Providence Hospice and Home Care of Snohomish County See Full Obituary at Gilbertsons Funeral Home- https://www.gilbertsonfh
Published by Stanwood Camano News from Jul. 20 to Jul. 21, 2021.
To plant trees in memory, please visit our Sympathy Store.
MEMORIAL EVENTS
Jul
24
Memorial Gathering
WA
Jul
24
Graveside service
1:30p.m.
Our Saviors Lutheran Church Cemetery
Pioneer Hwy, Stanwood, WA
Funeral services provided by:
Gilbertson Funeral Home and Cremation Service - Stanwood
MAKE A DONATION
MEMORIES & CONDOLENCES
2 Entries
May your hearts soon be filled with wonderful memories of joyful times together as you celebrate a life well lived.
Kathy Nelson
Coworker
July 27, 2021
Our deepest condolences on the loss of your father Norm. He lived a very active and long life. I believe he came into our shop once and Aaron and I met him. He liked our gas station/americana theme. May he rest in paradise.
Sue James (Glasstech)
Acquaintance
July 18, 2021
Showing 1 - 2 of 2 results