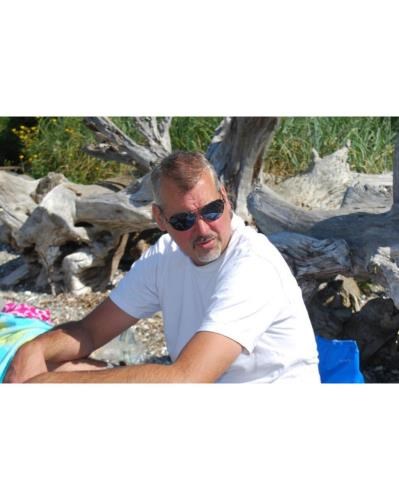 He leaves his Father, Bill Kappel and Mother, Cathleen (Kate) Kappel, His sister Colleen Gabel l and her husband Jeff Gabel, His brother Bill Kappel and his wife, Veronica and several

Nieces and Nephews.and one Grand Nephew He also leaves several Aunts and Uncles.

Jeff graduated from Cascade High School in Everett Wa in 1986.

Jeff's dream was to work for the airlines, in some capacity and he did achieve that goal, working for Swissport at Seatac Airport in Seattle, as a refueling agent for several different airlines.It was his dream come true.

Services information may be obtained thru Gilbertson Funeral Home Stanwood WA.at WWW.gilbertsonfh.com
Published by Stanwood Camano News from Aug. 17 to Aug. 18, 2021.
To plant trees in memory, please visit the Sympathy Store.
MEMORIAL EVENTS
To offer your sympathy during this difficult time, you can now have memorial trees planted in a National Forest in memory of your loved one.
Funeral services provided by:
Gilbertson Funeral Home and Cremation Service - Stanwood
MAKE A DONATION
MEMORIES & CONDOLENCES
5 Entries
Seeing this brings back a lot of great neighborhood memories. I still can picture the tree fort we built in his back yard. I remember his dad not being super happy with all of us for using his lumber from the side of there house. The clubhouse was crooked, leaning, unsafe and awesome. Rest In Peace Jeff!!!
eric reykdal
August 18, 2021
It´s hard to look at this and know what to say. So many feelings and words I want to express. I´ve known Jeff since 3rd grade. He was my first friend in the old neighborhood. I moved away soon after high school and tried to keep in touch. We would talk on the phone and always laugh at the ole days. Some fond memories I can share.....kick the can, hide and seek with everyone in the neighborhood. Playing street football with his dad and him. Rod runs with my parents. Me trying to row to the big island in a blow up dingy across the sound at the beach when his mom used to take us. His mom was so mad!!! Playing REO Speedwagon everyday to learn the words. Walking to the pool singing doo wa diddy, and driving to our 10 year reunion in his convertible camaro. Just to name a few. So many more memories. RIP my friend. I´m sorry I didn´t call more
Sean Carmody
August 16, 2021
Jeff was a good friend growing up in Silver Lake Terrace. My condolences to your family.
Christi Cea Aguilar
August 16, 2021
So, so many good memories. Talking to Jeff on the phone, it was, hard to get a word in, then if I said something, he'd say "hey, shut up I've known you forever". Or "hey, stop giving me your courtesy laugh. Lol He was a good guy with a heart of gold. I'll miss you my friend. xoxo
Sherie Barron
August 16, 2021
So sorry. I know you´re hurting so much. I think of Jeff when he was younger. A great guy. Love Mary Ann
Mary Ann McDowell
August 15, 2021
Showing 1 - 5 of 5 results