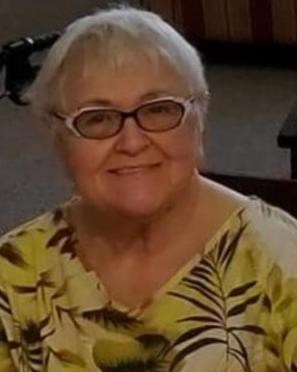 BORN
1939
DIED
2021
Yuma - Joann Huffman entered the Kingdom of Heaven on July 8, 2021. She was surrounded by loved ones while Amazing Grace was sung and filled the room.

Hearts Heavy as she took her last breath, but spirits filled knowing that this is not the end but the beginning.

Joann was born in Sioux City, Iowa in 1939 to Mary and Victor Stoneberg.

She was raised in a large family and brought up in the church. After falling in love with, Kenneth Huffman she became a wife and a mother of three.

Later to retire and move to Yuma, Arizona where Joann was happy as can be. She enjoyed it along the side of her husband. She loved being surrounded by their close friends. Playing Games, riding on the dune buggy, and visiting Mexico were just a few of her favorite things.

Joann was gifted with love, compassion and a sweetness that could only be compared to her home-made pies. She was a soft-spoken woman and a strong-willed fighter. Her faith was the driving force in her life, a prayer warrior indeed.

She will be cherished and remembered by many including her husband, Kenneth Huffman. Her 3 children and in laws Roxann & Howard Huffer, Kim & Lori Huffman, and Perry & Jolene Huffman. Along the side of 7 Grandchildren and 15 Great Grandchildren. She impacted each and everyone one of our lives and for that we are forever grateful.
Published by Stanwood Camano News from Aug. 3 to Aug. 4, 2021.
To plant trees in memory, please visit the Sympathy Store.
MEMORIAL EVENTS
To offer your sympathy during this difficult time, you can now have memorial trees planted in a National Forest in memory of your loved one.
MAKE A DONATION
MEMORIES & CONDOLENCES
1 Entry
Watched the Celebration of Life today...what a beautiful way to remember Joann and Ken. Have some nice memories....RIP.
Ray Elliott (Ken´s cousin) and Spouse Joan Elliott of Scottsdale, AZ
Family
September 11, 2021
Showing 1 - 1 of 1 results