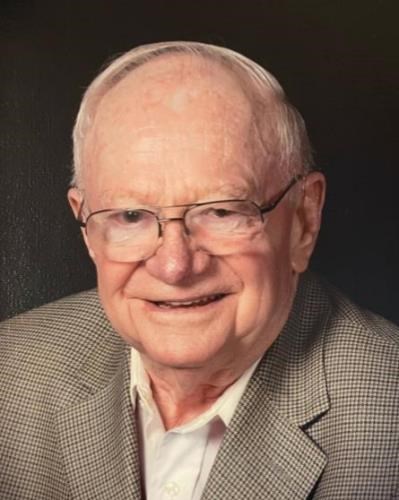 BORN
1929
DIED
2021
Stanwood - Ray Armintrout was born on June 24, 1929 to parents Ira and Nola Armintrout. He passed away on June 19, 2021. He was raised in Stanwood, Washington and graduated from Twin City High School. He served in the Air Force in Germany as an Aircraft Mechanic.

On September 11,1954 he married Ilene Louise Klett of Cedarhome at Our Saviour's Lutheran Church in Stanwood. They had four children, Kevin, David, Laurie and Jim.

Ray worked as a gas station owner, a metal machine shop mechanic and in 1967 started Northway Products, a machine shop with Leroy, "Bud" Kirkendall, in Ballard Washington. Northway Products was a family business, and all members of Ray's family worked there, with sons Kevin and David eventually taking over ownership and operation of the business.

Memorials may be given to Providence Hospice Everett, or to a charity of your choice.

Published by Stanwood Camano News from Jun. 29 to Jun. 30, 2021.
To plant trees in memory, please visit our Sympathy Store.
MEMORIAL EVENTS
To offer your sympathy during this difficult time, you can now have memorial trees planted in a National Forest in memory of your loved one.
MAKE A DONATION
Please consider a donation as requested by the family.
MEMORIES & CONDOLENCES
7 Entries
I can't say enough about my fond memories of Ray. He always had a smile and very good since of humor. From working at his house (when he lived in the south Edmonds area), the shop in Ballard, and the present shop in Mukilteo. He has just a great family. I haven't Ray in at least 6 years since I retired and move to Camano Island. Our condolences to his wonderful family....RIP
Mark Matuska
Work
July 23, 2021
Your family was an important part of ours. Even though we were miles apart, I thought of each of you often and still do. You are all in my in my prayers.
Nancy Gibson
Friend
July 2, 2021
There are many people in our lives that make a positive, loving difference. Ray and Ilene are those at the top of the list that gave that to us. Not only the poster couple for neighbors, but the very best of friends. My gratitude for all of the caring, adventurous, and fun activities with all of our kids, is never-ending. Ray’s laughter will stay in my heart, as is Ilene’s, as close as any sister.
My heartfelt sympathy to the family.
Jean Hays
Friend
June 24, 2021
Our deepest sympathy to The Armintrout family. Especially to Kevin and Monica, Katie and Jamie. Thoughts are with you.
Love, The Dumas Family...Mike and Cori, Danielle,Lee and Charlie, Alex, Maggie and Mercer,Hannah, Caleb, Sam and Evelyn, Tessa and Trista and Jack.
Cori Dumas
Friend
June 23, 2021 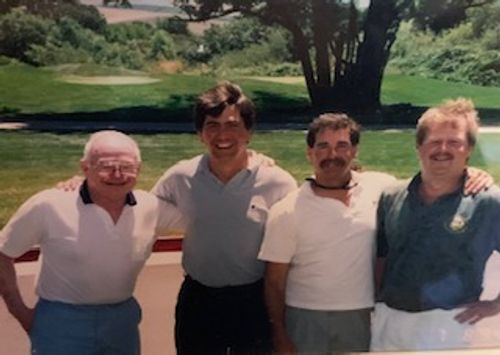 Playing golf with my friends Ray, Jim & John. Always lots of laughs & not only from our golf games. Ray looked forward to bringing out his alcoholic concoction around the 2nd hole. Don't know what was in it but we all did the same contorted face after a swig. Best laugh in the whole world! RIP with your lovely bride Ilene.
Rick Ratusz
Friend
June 23, 2021
Great Uncle Ray had a laugh unlike any I've ever heard. It was one of kind and so was he. I'm grateful my Grandma DeFayne is now in the company of her beloved brother, Ray. Sending the Armintrout family love and laughter as you celebrate and remember Ray... and his infectious laugh!
Holly (Daugaard) Hairell
Family
June 23, 2021
My uncle Ray was the kindest, funniest, most caring man who I will forever be grateful to have had in my life. God blessed me with wonderful uncles, and he was one of them. Rest in Paradise Uncle Ray
Dana Arentzen
Family
June 23, 2021
Showing 1 - 7 of 7 results