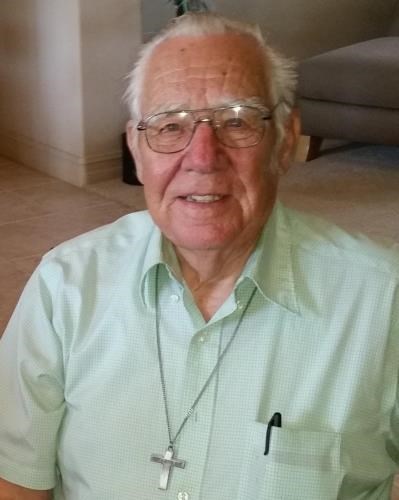 Born in Hebron, Nebraska, Wayne followed his love for Christ and passion for ecumenical study attending Wartburg Seminary in Iowa. Throughout his career he pastored Lutheran churches in Iowa, Nebraska, Washington, California, Oregon, and New Mexico. Wayne and his wife of 53 years, Carol, also served as ministry staff for the Gray's Harbor County Seamen's Center.

Wayne pastored the Camano Island Lutheran Church from 1966 to 1973 and a two-point parish on south Whidbey Island, St. Peter's Lutheran, Clinton and Trinity Lutheran, Freeland from 1973-1977.

Wayne loved music and travel. He led his young family on cross country singing tours, driving long hours, and sightseeing along the way. He was always full of energy and ready to help in any circumstance. He stayed healthy and active through his final years.

In memory of Wayne, donations may be made to Pioneers.org, Missionary Account 100973 - Tim and Jada Smith.
Published by Stanwood Camano News from Aug. 22 to Aug. 25, 2021.
To plant trees in memory, please visit the Sympathy Store.
MEMORIAL EVENTS
To offer your sympathy during this difficult time, you can now have memorial trees planted in a National Forest in memory of your loved one.
MAKE A DONATION
MEMORIES & CONDOLENCES
0 Entries
Be the first to post a memory or condolences.