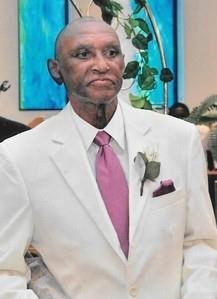 Mr. George Stanford Davis, the son of the late Clyde and Gertrude Davis was born July 26, 1941 in Sumter, South Carolina. He passed away peacefully on Monday, November 16, 2020 after an illness.

He later moved to Florence, South Carolina and attended Wilson High School where he became a star football player. He continued to further his education at Morris College in Sumter, South Carolina where he majored in Biology.

George was drafted into the United States Army and served in the Vietnam War. After he was honorably discharged he worked for the United States Postal Service for several years and several other prominent businesses.

He later joined the House of God Keith Dominion Church in Florence, South Carolina where he received the Baptism of the Holy Ghost under the leadership of the late State Elder Elijah Green. George met and married Ms. Rebecca Mack in 2013. He then moved his membership to the House of God Keith Dominion Church in Bishopville, South Carolina. He was a faithful member who served as the Sunday Bible School Superintendent, Trustee Board Member and sang with the Inspirational Choir until his health declined.

He was preceeded in death by his parents; two brothers, Harold Davis and William Clyde Davis; and a sister, Mrs. Sarah D. Brewer.

He is survived by his wife, Minister Rebecca Mack-Davis of Bishopville, South Carolina; five stepsons, Kelvin Mack and Keith Mack both of Brownsville, New York City-Brooklyn, New York and Darvin Mack, Darren Mack, and Charlie Jr. Mack all of Newark, New Jersey; one stepdaughter, Ms. Lizzie Mack of the home; two stepgrandchildren, Jermarre Rembert and Zariah Rembert both of the home; a neice, Mrs. Gertrude Hines of Atlanta, Georgia; one nephew, Mr. John Brewer, Jr. of Rockville, Maryland; a special friend and adopted brother, Elder Eston Wells, Jr. of Florence, South Carolina; and a host of nieces, nephews, other relatives, friends, and a loving extended Church Family.
To plant trees in memory, please visit our Sympathy Store.
Published by SCNow on Nov. 22, 2020.
MEMORIAL EVENTS
Nov
23
Graveside service
2:00p.m.
Florence National Cemetery
803 East National Cemetery Road, Florence, South Carolina
Funeral services provided by:
Smith's Funeral Home Of Florence Llc
GUEST BOOK
3 Entries
Condolences to the family. May God continue to give you strength. WHS Class 61
Retha Brunson Ross
November 23, 2020
My prayers are with the Davis family concerning their loss. Bro. George was an awesome man of God. I´ve learned a lot from him and he´s truly gonna be missed. May the peace of God that surpasses all understanding be upon this family.
Deacon Rondal Briggs
November 22, 2020 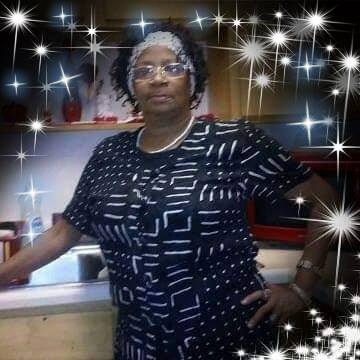 I will always remember the times we shared together you helping me with many things take your rest
Patrice Washington
November 21, 2020