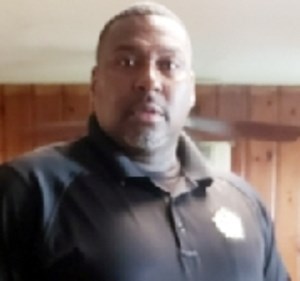 Funeral service for Lieutenant John Stewart will be 11 AM Friday in the Florence Center. Burial will be in the Florence National Cemetery directed by Bacote-Eaddy Funeral Home.

On Friday, September 17, 2021, the world lost a hero. Lieutenant John Stewart, 48, born on November 30, 1972, in Bronx, New York gave the ultimate sacrifice. John lost his life in the line of duty while upholding his oath to protect and serve the community of Lake City, SC. He is remembered as an amazing storyteller, for his love of service, community, and family. John was a beloved son, father, brother, uncle, and friend.

Lieutenant Stewart graduated from Willingboro High School in Willingboro, New Jersey. He served in the United States Marine Corps and then graduated from the South Carolina Police Academy. He served several police agencies within his twenty-one years of service. In the last 13 years, he proudly served the community of Lake City, SC.

A pillar of strength, you could always rely on John when you needed him most. He was a light in the darkest of times and a hero to all who knew him. He was a compassionate man with a lot of love for the people around him.

With his extraordinary charm and genuine smile, John never failed to make a lasting impression anywhere he went. John was an honest man, showing respect to everyone he met and exhibiting patience to all those in his life and line of work. He was strongly devoted to his family, valuing every moment he spent making memories.

He was the son of the late William and Claretha Stewart and was preceded in death by his brother Jimmy Goodman.

His legacy is uniquely rich and will not be forgotten.
Published by SCNow on Sep. 23, 2021.
To plant trees in memory, please visit the Sympathy Store.
MEMORIAL EVENTS
Sep
24
Funeral service
11:00a.m.
the Florence Center
SC
Funeral services provided by:
Bacote-Eaddy Funeral Home
MAKE A DONATION
MEMORIES & CONDOLENCES
Sponsored by Bacote-Eaddy Funeral Home.
2 Entries
Liberty Call Marine. I'm sorry I didn't get a chance to know you. Rest in Peace, Semper Fi
Wallace Lockhart
September 23, 2021
My Most Deepest & Sincere Sympathy Goes Out To The Family!!! Thanks For Serving Our Country & Our State Of South Carolina!! Sleep Peacefully!!! You Service Down Here On Earth Was Well Done!!!
Wilma Scott
Other
September 23, 2021
Showing 1 - 2 of 2 results