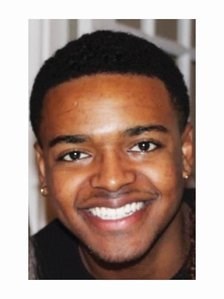 He graduated from The Carolina Academy in 2018 as an honor graduate. He served on the Student Council for four years and served as an officer and member of the Beta Club for several years. Morris Edward served as President of the Spanish Honor Society and Vice President of Beta Club in his senior year. He played football as a freshman and enjoyed running track in both his Junior and Senior years. Morris Edward was a Junior Marshall, a member of the Spanish Honor Society, Florence County Junior Leadership 4H Program. He was the Vice President of Dramatic Coffee Beans, Inc. in 2018. Morris Edward was a member of First Baptist youth group. He was a member of Wesley Chapel United Methodist Church youth group, choir, and usher board. He also had the opportunity to work at the Moore Farms Botanical Gardens in the summer of 2018 as an Assistant Marketing and Events Coordinator.

Morris Edward was a senior at the University of South Carolina where he was on the Dean's List. He majored in Public Health and was looking forward to serving his community.

Morris Edward had great satisfaction in giving back to his community. One of his most memorable summers was spent at Camp Burnt Gin as a Summer Camp Counselor, where he worked with young individuals with mental and physical disabilities.

The simplest pleasures in life brought Morris Edward great pleasure. During school breaks, Morris Edward often enjoyed exploring nature and found beauty in the surrounding greenery. His pleasant personality was contagious to everyone he met. What started off as an interest in plants, blossomed into his co-owning a successful nursery business.

Morris was predeceased by his maternal grandfather, Austin Brabble.

Funeral services will be 11:00 AM, Saturday, September 18, 2021, at The Carolina Academy, with burial to follow at Sandhill Memorial Cemetery.

Memorials may be made to Dramatic Coffee Beans, 2530 Trotter Road, Florence, SC 29501.
Published by SCNow on Sep. 17, 2021.
To plant trees in memory, please visit the Sympathy Store.
MEMORIAL EVENTS
Sep
17
Visitation
6:00p.m. - 8:00p.m.
Carolina Funeral Home
215 E. Hwy. 378 Bypass, Scranton, SC
Sep
18
Funeral service
11:00a.m.
The Carolina Academy
351 South Country Club Road, Lake City, SC
Funeral services provided by:
Carolina Funeral Home
MAKE A DONATION
MEMORIES & CONDOLENCES
Sponsored by Carolina Funeral Home.
10 Entries
Morse and Bonnie, my heart goes out to you and your family. My prayer is for GOD to cradle you in His bosom and sustain in this storm. Love Shawn
Shawn Pinner Youman
Friend
September 19, 2021
My deepest sympathy to the family
Lillie Smith
September 17, 2021
May our Lord bless and comfort you and your family during this time of grief. Please accept our sincere condolences.
Pearlyn and Clara Glasscho
Other
September 17, 2021
Dr. Brown and Mrs. Brown you and your family have our deepest and sincerest sympathy. We will forever keep your family in our prayers.
Wayne & Tonya Wallace
September 17, 2021
"Earth has no sorrow that Heaven cannot cure". I am praying for you all as you go through this trying time! May God give you strength as you do something that no parent want to do-say Goodby to a loving son! I love you all and if it is the will of God I will be here for you! Love you all, Queen Wallace
Queen E. Wallace
Friend
September 17, 2021
We want to send our deepest and sincere condolences to the Brown family. I remember when Morris Edward was born in the summer of 2000. He was such a good baby and his parents loved him unconditionally. Being the first boy in the family, his three sisters just adored him. We will always remember his smile! God be with you until we meet again.
Eric and Anna Stevenson
Friend
September 17, 2021
Dr and Mrs. Brown, Please accept my deepest condolences in the in the sudden of your dear son. Please know that we are praying for God to comfort you and your family during this most difficult time and He will.
Reginald Thomas
September 17, 2021
On behalf of the Dolly Williams and Family, we would like to send our condolences and may God continue to Bless you at this time, our prayers are with you. Dolly, Lisa, Love, Lucky, Addie, and Gloria.
Gloria Sessoms
Family
September 16, 2021
We extend our condolences to the entire family during this difficult time in your lives. Our love and thoughts are with you as we continue to pray for you.
Miles & Wanda King
Other
September 16, 2021
Dr. Brown and family please accept my sincere condolences on the loss of your precious son! He was always so nice and friendly and always smiling!!! I have you in my heart and prayers!
Debbie Morris
Other
September 16, 2021
Showing 1 - 10 of 10 results