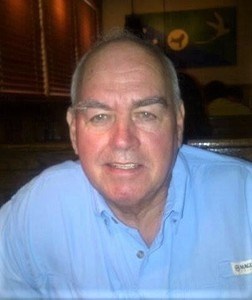 Thomas Willard Ridgill, age 69 of Murfreesboro, TN passed away on September 17, 2021. He was born in Manning, SC, to the late James Willard Ridgill and Iva Lawrimore Ridgill.

Mr. Ridgill was a beloved son, brother, husband, father, and grandfather. He served in the United States Air Force and was a graduate of the University of South Carolina. He worked as a contractor and retired from the United States Postal Service in 2004. Most of all, he had a strong faith and love for the Lord.

A Celebration of Life will be held at a later date in Manning, SC.

An online guestbook is available for the family at www.woodfinchapel.com

Woodfin Memorial Chapel
Published by SCNow on Sep. 20, 2021.
To plant trees in memory, please visit the Sympathy Store.
MEMORIAL EVENTS
To offer your sympathy during this difficult time, you can now have memorial trees planted in a National Forest in memory of your loved one.
Funeral services provided by:
Woodfin Funeral Chapel - Murfreesboro
MAKE A DONATION
MEMORIES & CONDOLENCES
Sponsored by Woodfin Funeral Chapel - Murfreesboro.
6 Entries
To Tom Ridgill and Family
My deepest condolences to you and the family. May God continue to bless and keep all of you in his care. God will be your comforter during these sad times. Continue to trust in him. Be blessed.

Your Co-worker, Gloria Minick
US Postal Family
Gloria Minick
Friend
October 2, 2021
While I didn't personally know Thomas, my love, thoughts and prayers go out to Joyce, Chad, Nikki and all his family at this time.
Carolyn Harrup
Other
September 22, 2021
Our sincere condolences and prayers.
Michael Ridgill
Family
September 22, 2021
So sorry to hear about your loss, Melissa. Henry and I remember taking you to Erskine when you were in high school. Your favorite phrase at the time was, "That's terrible." We still think of you when we say that. We know that this IS a terrible time for you but with so many children and grandchildren I am sure you are surrounded by love. I was your librarian at McClenaghan.
BettyAnne Smith
Acquaintance
September 21, 2021
I was saddened to hear of Toms passing. He was a good person. He contracted my house. We will be praying for the family Coke.
Coke Dent
September 21, 2021
Let me fill you in on the wonderful and loving person who will always be known to me as my baby brother. He had such a memorable sense of humor; he could tell a joke or story in such a way that you would not realize that he once again had caught you in his web of fun and frolics Among his many talents was his gift of gab inherited from our father, his gentle spirit from our mother, his wonderful ability to witness and his love for family and friends. No amount of words come close to describing the love and admiration he portrayed to his loving wife, his boys, his grandchildren, his sister and brother, all of his family and all who were blessed to have known him. Tommy, I will miss you today, tomorrow and forever.
Ruby Simon
Brother
September 21, 2021
Showing 1 - 6 of 6 results