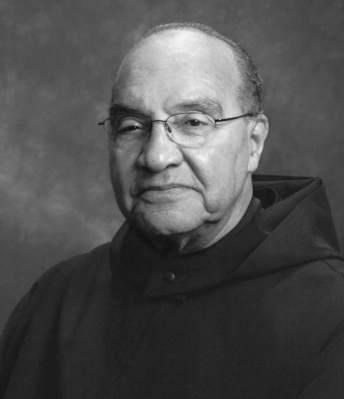 Allen Paul Tarlton was born in Louisville, Kentucky, on December 4, 1927, to James and Ruth Estella (Jackson) Tarlton. When he was four years old his parents separated. His mother married William Smith, and Allen gained a half-sister, Wilma, and a half-brother, Ronald. Allen grew up in Cincinnati where he attended Holy Trinity School from 1933 to 1942. When he was in the third grade he chose to become a Catholic, was baptized on Holy Saturday, and received his first communion on Easter Sunday. As a sixth grader Allen expressed a desire to become a priest and began writing letters to various orders requesting information.

Allen began his secondary education at Woodward High School in Cincinnati in 1942. In his junior year Allen wrote a letter to the Trinitarian Fathers in Philadelphia hoping to be accepted into their seminary. When they discovered he was African-American his application was rejected. Allen was devastated, but a week later he met a priest from Trinidad who had visited St. Paul, Minnesota. This black priest told him about Saint John's Abbey in Collegeville and the monastic community there. Allen wrote to Abbot Alcuin Deutsch, OSB, and told him about being rejected elsewhere due to his race. In response Abbot Alcuin wrote, "The fact that you are colored will in no wise be a hindrance to your becoming a priest and a member of the Order of St. Benedict, provided all other qualifications are met." Abbot Alcuin's response was so accepting and open that Allen transferred to Saint John's Preparatory School in September of 1944.

After graduation in 1946 Allen began college at Saint John's University as a priesthood student. While in college he played viola in the orchestra, sang in the glee club, and participated in theater productions. Allen applied to the novitiate at Saint John's Abbey in 1948, selecting the name Gilbert after the Benedictine monk Father Gilbert Winkelmann, OSB (1889-1947) whom he met and befriended on a train trip to Cincinnati. It was during the funeral of her son in 1947 that Mrs. Winkelmann volunteered to pay the tuition for Allen for two years of college, adopting him as her priest-son in place of Father Gilbert. Gilbert resumed his baptismal name Allen after the Second Vatican Council. He professed vows as a Benedictine monk on July 11, 1949 and began theological studies. After completing his studies Allen was ordained a priest on June 4, 1955.

In 1965 Father Allen began a period of exclaustration in his home town of Cincinnati, Ohio, and Louisville, Kentucky, doing a variety of jobs, including parish ministry. Returning to Saint John's in 1973 he taught English and was the drama director at Saint John's Preparatory School until 1991.

Father Allen suffered from health problems, including alcoholism and diabetes, and faced limitations later in life because of his deteriorating health. He moved into the Saint Raphael Hall retirement center at Saint John's Abbey in his later years, where he observed the monastic horarium as he was able.

In the last twenty-five years of his life he faced several allegations of sexual abuse and, as a result, lived with restrictions on his activities.

Father Allen valiantly fought racism throughout his life. He was delighted beyond measure at the election in 2008 of Barack Obama as the first African-American president of the United States. Commenting at the time of the election about racial isolation on the Saint John's campus in the 1940s, Father Allen observed in an article in the student newspaper, The Record, "For a long time I think I tried to be as white as I possibly could. I would never say black. When we had watermelon in the dining room I didn't eat it. I loved watermelon, but I didn't want to be identified with it."

Published by St. Cloud Times on Jan. 28, 2016.
To plant trees in memory, please visit the Sympathy Store.
MEMORIAL EVENTS
To offer your sympathy during this difficult time, you can now have memorial trees planted in a National Forest in memory of your loved one.
MAKE A DONATION
MEMORIES & CONDOLENCES
4 Entries
He was a dear friend during my second year (1963-64) of my two years of teaching art at St. John's University. In the evenings I would often be in my studio for a while before having coffee in my office. And then sometimes there would be a knock on my door and he would be there and we would have coffee and cinnamon rolls together and talk about everything/ anything in the whole world.........finally I would then be off to my rented room in St Joe. A good and memorable man. Bless him.
Robert Cronin
Friend
May 27, 2021
A good man! All he wanted to do was to educate! May you rest in peace Father Tarlton!
Chris Kokesh
January 22, 2017
He was a great teacher of literature!
Chris Kokesh
April 22, 2016
I loved participating in the plays you directed and I learned a lot from you at SJP, Fr. Allan. Rest in peace, forever, and forgiven. Judy
Judy Doty
January 28, 2016
Showing 1 - 4 of 4 results