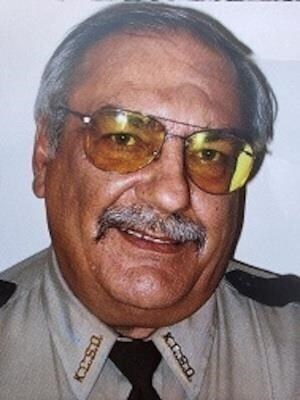 Daniel was born on October 28, 1951 in St. Cloud, Minnesota to Robert and Patricia (Skumautz) Honer. He served his country in the United States Army as a Green Beret and continued serving as Park Ranger, Smoke Jumper and as a Deputy Sheriff with Kanabec County.

Dan enjoyed, hunting and fishing. Most often you would find him with a book or two in his hand along with a cup of coffee.

He is survived by his son, Adam (Jesse) of Andover; three grandchildren, Kristen, Kaitlyn and Abigal; his mother, Patricia of St. Cloud; sister, Jean (Doug) Pierce of Cohasset; and nieces and nephews.

Per Dan's request there will be no services.


To plant trees in memory, please visit our Sympathy Store.
Published by St. Cloud Times from May 12 to May 21, 2021.
MEMORIAL EVENTS
No memorial events are currently scheduled.
To offer your sympathy during this difficult time, you can now have memorial trees planted in a National Forest in memory of your loved one.
MEMORIES & CONDOLENCES
Sponsored by the St. Cloud Times.
2 Entries
RIP dear friend! Will never forget the fun times we shared at the Sheriff’s Office. Hugs and peace to Patricia, Jean and Adam and family!
Joanne Nelson
Friend
May 16, 2021
So very sorry to hear about the passing of Dan. He was a wonderful man and I'm proud to have been his friend. We had many good times playing cards with the group at the Nelson's in Mora, showing him how to groom Kelli his schnauzer and seeing him around Mora. My deepest sympathies for his family he indeed will be dearly missed by many.
Kp
Friend
May 15, 2021