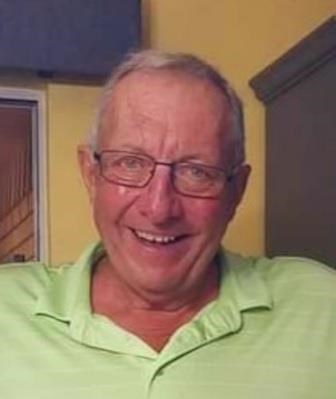 It is with great sorrow that we announce the passing of a great man, husband, father and grandfather Douglas Phillip Mayer on the evening of May 4th, 2021 at MD Anderson Cancer Hospital in Houston, TX with family at his side.

Doug was born in St. Cloud, MN on October 18th, 1944 to Norbert and Irene Mayer where he was raised with his four sisters. He graduated from St. Cloud Tech High school in 1962. On April 23rd, 1966 he married Norma Jean Raden and they started their family by having two boys Christopher and Jason. Doug was employed by Western Electric Telephone Company/AT&T for much of his working career along with a stint in the Army National Guard. This career brought him and his family out to Columbus, OH for three years in the earlier 80's before bringing him back to Minnesota and settling down in Elk River. In the late 80's Doug met Laura Schweickert and they wed in July of 1990. Doug and Laura then made the bold and adventurous decision to accept an early retirement offer from AT&T and purchased Little Boy Resort in Longville, MN in 1992. With much blood, sweat and determination Doug and Laura built a thriving business while growing roots in the Longville area and creating many special memories for their guests, many of whom became long lasting friends, who truly appreciated the hard work and effort put forth to make their vacations special. After selling the resort in 2004 the two remained in the Longville area before selling their home and traveling the countryside visiting friends and family in their fifth wheel. These travels culminated in them buying a place in Mission, TX where they spent their winters and a seasonal lot in Walker, MN for their summers.

Those that knew Doug know that he loved his family, loved the outdoors, loved playing golf (somedays better than others) and was always looking for a good time whether it was playing cards, socializing with friends or dancing with his wife Laura.


Published by St. Cloud Times from May 7 to May 8, 2021.
To plant trees in memory, please visit our Sympathy Store.
MEMORIAL EVENTS
To offer your sympathy during this difficult time, you can now have memorial trees planted in a National Forest in memory of your loved one.
Funeral services provided by:
Cremation Society of Texas
MAKE A DONATION
MEMORIES & CONDOLENCES
Sponsored by Cremation Society of Texas.
7 Entries
Worked (and played) with Doug for many years. Simply a GREAT guy and always "a party waiting to happen" Sitting here with a smile thinking of this guy and his big smile and heart. He was never shy to pitch in and help a friend. RIP big guy!!
Mark Campbell
Work
July 15, 2021
Buddy we are going to miss you for as long as we live. You were the best! So much fun we had with you and Laura.
Rest In Peace?
VICKI an Bob Mayberry
Friend
May 17, 2021
Sending our sympathy..
Louis & Lillian Mayer
Family
May 16, 2021
This is a sad day in the Ford household. We enjoyed being in the company of Doug and Laura, they made any occasion super fun. Our deepest and most sincere to you Laura, and the rest of Doug's family. He was the real thing!
Brad and Mel Ford
Friend
May 11, 2021
Doug was a kind generous person and a great cook. We truly enjoyed our golf outings and happy hours.
Rose and Tim
Friend
May 9, 2021
Bette and I are sure going to miss him.Doug was a great friend and neighbor,always willing to lend a hand or offer advice on a subject....and always just a fun guy!!! We'll see you at a "happy hour" down the road good friend. We're very sorry for your loss Laura.Your in our thoughts and prayers....hope to see you soon.
Tom and Bette Lang
Friend
May 9, 2021
An awesome beautiful man who never knew a foe. Hospitable, kind, generous, talented, fun, always a huge smile! Loved by all that met him! Rest In Peace our awesome friend damn we are going to have to learn how to carry on without you!
We will take care of your awesome wife Laura! There was unconditional love you shared! Miss you Buddy!
Vicki Mayberry
Friend
May 8, 2021
Showing 1 - 7 of 7 results