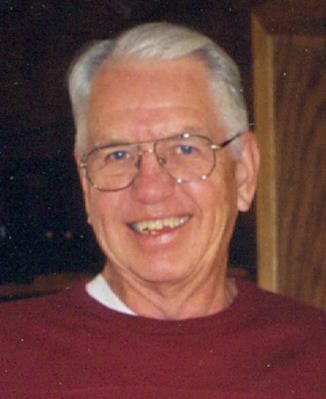 Sartell - Memorial services will be 12:30 p.m. Saturday, July 17, 2021 at Williams Dingmann Family Funeral Home in Sauk Rapids for John Elmer Robinson, age 88, of Sartell who died Tuesday at Country Manor Health Care and Retirement Center in Sartell. Rev. Greg Tomhave will officiate and burial will be on Monday, July 19, 2021 at Noon at MN State Veteran's Cemetery near Little Falls. Visitation will be one hour prior to the services on Saturday at the funeral home in Sauk Rapids.

John was born April 1, 1933 in Rush City to Elmer & Jessie (Emanuelson) Robinson. He served his country in the United States Army from 1953-1955. He married Carol Letourneau on October 12, 1957 in St. Paul. The couple lived in Minneapolis, New Brighton, Virginia, Melrose and Sartell. He owned and operated Robinson Dental Lab in Virginia and also worked for the City of Virginia in Public Works, retiring in 1995. He was a member of Our Saviors Lutheran Church in Virginia, where he was chairman of the men's club and decoration Committee. John was past president of Kiwanis Club and past governor and secretary - treasurer of Moose Lodge 1117. He had been a host family for A.F.S. student from Austria. John was also a member of St. Paul's Lutheran Church in Melrose, Melrose Lions Club and Melrose American Legion Post 101. He enjoyed fishing, golfing, bowling, camping, traveling, playing cards and cribbage. John had a great sense of humor and loved spending time with his family.