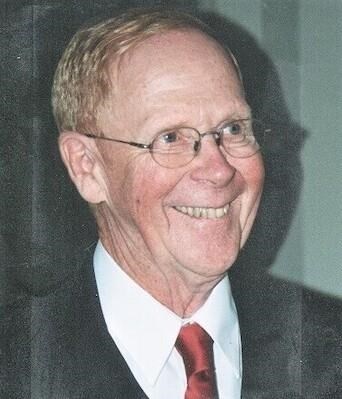 On June 6, 1979, Norman married Billie Reaney in their home on Big Watab Lake near St. Joseph, MN. Billie survives her husband of 42 years, and currently resides in their winter home in Sun City, Georgetown, TX.

Norman's career was in education. He taught Biology a St. John's University in Collegeville, MN for thirty years, beginning in 1967. He earned his PHD in Ornithology at University of Michigan that same year. Norm retired as Professor Emeritus in 1998. His skill as a teacher was formally recognized in 1998 when the University presented him with the Robert L. Spaeth Teacher of Distinction Award. "For more than thirty years, Norm has called his students to a more perceptive understanding of their world."

In 2015 St. John's University alumni inaugurated the Norman L. Ford Science Literacy Lecture Series to recognize Norman's contributions to and the encouragement of students and the public to become more conversant in science.

Norman was an outdoors person. He enjoyed gardening and fishing, especially fishing for walleye in Big Watab Lake. But best of all was hunting for pheasants and other upland game birds with his beloved dog, Sally. Every autumn, the two of them could be found successfully hunting with long-time friend and fellow hunter, Dan Steck.

Within a year of his retirement, Norman and Billie adopted a winter home in Georgetown, Texas in a new Sun City retirement community. In this community of eager learners, Norman helped to form a special interest birding group which he led for a decade, lecturing and leading group bird walks. This group is still active.

Noman's ashes will be returned to Minnesota for a family memorial later this year.

Anyone wishing to remember Norman may make gifts in his memory to the Nature Conservancy.


Published by St. Cloud Times from Jul. 7 to Jul. 11, 2021.
To plant trees in memory, please visit the Sympathy Store.
MEMORIAL EVENTS
To offer your sympathy during this difficult time, you can now have memorial trees planted in a National Forest in memory of your loved one.
MAKE A DONATION
MEMORIES & CONDOLENCES
Sponsored by the St. Cloud Times.
7 Entries
Dear Billie and the rest of the Ford family, I want you all to know how very sorry I am to hear of Norm's passing. Norm was a fantastic professor. He had such enthusiasm for his work and research, and that enthusiasm was easily passed on to his students. I had the good fortune of being hired by Norm to assist in his yellow warbler research for 3 years. I learned so much about nature and ecology as well as ornithology from him during that time and will be forever grateful to him for that knowledge and experience. He was a great mentor to me in my pursuit of a degree in veterinary medicine. To this day I am an avid bird watcher and always think of Norm when I hear a yellow warbler song. I know you all have your own special memories of Norm and I hope those happy memories will help you through this difficult loss. With sincere sympathy, Therese Schneider, DVM
Therese Schneider
School
August 8, 2021
Dr. Ford was one of my favorite professors as a biology major at CSB. He introduced me to the joys of bird watching for which I will be forever grateful. I still have the Peterson Field Guide that I used during his class. He was a talented teacher and it was a pleasure to be in his classroom and on field trips with him. My sympathy to his family.
Theresa Smith MD '81
School
July 18, 2021
Dear Ford Family: It is with great sadness and a heavy heart that I read today of Norms passing. I was a student of his way back in 1980. It was during spring semester of my senior year when I "had to" enroll in his invertebrate biology course in order to fulfill the required distribution needed to earn my biology degree. I distinctly remember being none too happy about it as I didn't think this was a course that would be of much interest to me. Talk about being a live changing experience! Truly. Norm introduced me to a whole new world. I had absolutely no idea of the variety and beauty of birds present right there in our own backyard at St. Johns. To this day I so enjoy birdwatching......and think of him often while doing so. I'm forever grateful to him for being the one who opened my eyes to something I might well have otherwise missed. To this day, I think of him whenever I see or hear one of his beloved yellow warblers. :) May he rest in peace and may all of you find comfort and joy in all the very fond memories you must hold of time spent with him. God's peace, Sue Flesch - Former grateful student
Susan Flesch
School
July 15, 2021
Dr. Ford is fondly remembered...He introduced all of us college students who took his class in ornithology to the glories of 6 AM nature walks!! I still think of him with delight when I can identify a bird in my backyard, 30 years later! A great man and a great professor I had the privilege to know, A true blessing!
Kimberly Reuter Berg, MD `92
July 15, 2021
Norm was a terrific biology professor. I have many fond memories from his Vertebrate Natural History course, particularly the early-morning bird walks. I learned a tremendous amount of biology and natural history from him, for which I am grateful. My condolences on his passing.
Kelly Wolfe-Bellin
School
July 15, 2021
Norman was one of the reasons I was so grateful to have decided to stay close to home and attend St. John's. My main interest as a Natural Science student was plant science, but Dr. Ford made the world of animal science so very interesting and accessible, that his classes were some of my most memorable. I can remember still, 43 years later, specific lectures and nature walks from his courses. His sense of humor and his genuine warmth when meeting in my post college years were also what gave him such standing. I've missed seeing him since his move. Thank you, Norman.
Kevin Benedict Doyle
School
July 12, 2021
Norm was one of my favorite professors during my time as a student at CSB. I remember well studying for f his comparative anatomy exams, determined to do well because he was such an excellent teacher. When I later returned to work in the biology department, my respect for him was so great that it was difficult for me to call him Norm instead of Dr. Ford. I valued his encouragement and support so much; he will be sorely missed.
Carol Eikens Jansky
School
July 12, 2021
Showing 1 - 7 of 7 results