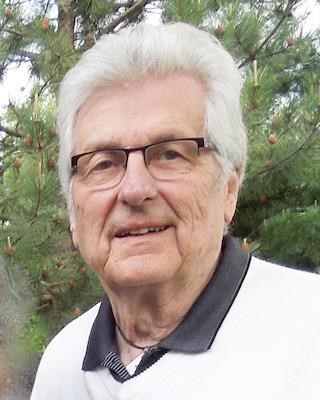 Funeral services will be held Wednesday, June 16, 2021 at 2:00 PM at Bethlehem Lutheran Church, St. Cloud, MN. Visitation will be one hour prior to the service at the church. The service will be live-streamed on the Bethlehem Lutheran Church website, www.bethlehemlutheran.org/stream. Burial will be in Concordia Cemetery, Fertile, MN. Funeral arrangements were made by Benson Funeral Home, St. Cloud, MN.

Owen attended Moorhead State and received a BS in Education in 1957. He went on to earn an MS in Education from State Cloud State University in 1961. Owen continued his education at Columbia University NYC and completed his Degree of Doctor of Education and Educational Administration in 1966.

In 1957 Owen began his teaching career in Alexandria, MN and Campus Lab School at St. Cloud State College. After obtaining his Masters and Doctorate degrees he became a professor of education at SCSU in 1964. Owen went on to become chairman of the department and ultimately the dean of the College of Education. From 1968 to 1969 Owen was selected to participate in the Tri-University Post-Doctoral Project in Higher Education and Social Studies Education at the University of Washington. He also served as Director of International Studies at St. Cloud State University and was field director for programs in Denmark, England, China and Japan. In 1972 Owen was awarded the National Danforth Foundation Association Fellowship, a program aimed to improve quality of human relations on campus.

Owen was a member of many professional education organizations and served on numerous educational committees at the local, state and national levels. He was a published author, juried artist, musician, world traveler, photographer and avid cyclist. Owen and Norma biked in all 50 states during the year of their 50th wedding anniversary. He also enjoyed hunting, fishing, woodworking, and decoy collecting. Most importantly Owen enjoyed singing, playing games, laughing, joking and creating meaningful memories with his family.

The family would like to extend a special thank you to Brighton Hospice and the staff at Eagan Pointe Senior Living for the loving and compassionate care they provided.

We are so sad to hear of Owen’s passing. We were honored to have known Owen and enjoyed his friendship over the many years working at SCSU. Owen was a blessing to every person who knew him. May you be comforted by the outpouring of love surrounding you during this difficult time of loss.

We will never forget him. May God continue to bless your family.

We are saddened by Owen's death and send our deepest sympathy to you and your family. Owen was a true gentleman in every sense of the word and was highly respected by his colleagues at St. Cloud State. Our prayer is that God's love will give you strength and comfort in your sorrow.

A favorite memory is how Mr. Hagen could - at times - be “convinced” by the students that it was more important to go outside to play softball than to study Spanish. But all in all, he is at the top of my list of favorite - and best - teachers.

He made a huge impact on my life, and I’ve been forever glad for that!
Mark Nordling
Student
June 11, 2021
It is with great sadness that I heard of the death of Owen Hagen. I was a student of his in his sixth grade class in 1959-60 at the Campus Lab School in St. Cloud. Few teachers had as much impact as did Mr. Hagen as we knew him back then.
1958 was the centennial of Minnesota statehood. As a class project, we built a log cabin in our classroom. We went out into the woods owned by the parents of one of his students and cut down trees. As much as possible, the log cabin simulated the log cabin many Minnesota immigrants lived in in 1858.
It was a unique and wonderful learning experience. That was Owen Hagen. He was a unique and wonderful teacher who will be greatly missed.
Darryl Paulson
Student
June 11, 2021
Showing 1 - 9 of 9 results