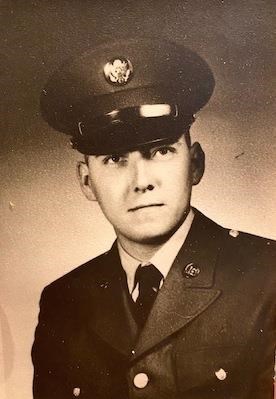 Raymond "Ray" Frank Novak died peacefully on November 27, 2020, at the age of 81. Ray is survived by his children, Denise Jorgensen (Mark), James Novak (Amy), Barb Atkinson, Frank Novak, and many grand- and great-grandchildren; siblings, Dorothy Frank, Dolores Herzog (Ray), Art Novak; and countless nieces and nephews. He is preceded in death by his wife, Avis Novak; siblings, Ervin Stock, Al Frank, Pam Novak; step-children, grandchildren, and many others whom he has loved and lost.

Ray was born on January 1, 1939, in Albany, MN to Frank and Martha Novak (Stock). Growing up in Stearns county, he knew of those who were part of Minnesota 13, picking up stories he would later tell his grandchildren. Though school was never his strong suit, he did answer the call when the United States Army so graciously volunteered him for service. In a twist of fate, he was headed home after discharge from Dallas on the day Kennedy was assassinated. He settled back in Albany, and later Rogers and married Judy. The marriage resulted in 4 children. Ray found his career in masonry at Halverson Concrete (and a member of the Masonry Union). With a second chance at love and after an 11-year courtship, Ray married Avis in 1987 who brought 4 more children into his life. They lived in Albany though finally settled in Big Lake, MN where he could live out his lavish Christmas light display obsession. With great pride, he won the local light display contest for 10 straight years, only stopping when he had to be moved to Honorary Mention so that others could have a turn. It was years later before his family would learn that "driving around seeing the Christmas lights," truly meant "scoping out the competition."

Ray was accomplished at building dollhouses and toys out of clothespins, inadvertently teaching his children German curse words, and fixing any broken item his children brought to him. A simple man, Ray was also a proud American whose house was littered with American flags and eagle figurines. He was a cordial individual who loved to greet visitors with a displeasing, "what the hell are you doing here?" Ray was passionate about WWE and "Gunsmoke" much to the dismay of his children. He was an avid collector of thermometers, clocks, and extension cords, and was also widely known to have a love of pickled herring, head cheese, popcorn, and watching the 10 pm news with a bowl of ice cream. He had a supreme hatred of olives and throwing away anything, ever.

In his later years and during the end-of-life care of his wife, Avis, Ray volunteered often at the local hospital. It was something he did well and gave his life purpose - aside from Pop-Tarts and Braunschweiger. He will be so very greatly missed.

Due to COVID-19 restrictions, we are unable to have the funeral a legacy such as his deserves though a small gathering will follow at a later date. The family would like to thank the caregivers and hospital staff for their care and dedication in the last years of his life. 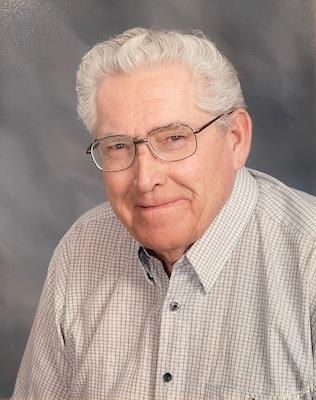 Published by St. Cloud Times from Nov. 30 to Dec. 6, 2020.
To plant trees in memory, please visit the Sympathy Store.
MEMORIAL EVENTS
To offer your sympathy during this difficult time, you can now have memorial trees planted in a National Forest in memory of your loved one.
Funeral services provided by:
Peterson-Grimsmo Chapel - Monticello
MAKE A DONATION
MEMORIES & CONDOLENCES
Sponsored by Peterson-Grimsmo Chapel - Monticello.
1 Entry
Ray was a funny guy when it came to visiting with him.you never knew what was going to come out of his mouth next! He would always make a joke out someone he liked! He will be missed by many. Prayers to the family of Ray!
Paul Heidgerken
Friend
December 9, 2020
Showing 1 - 1 of 1 results