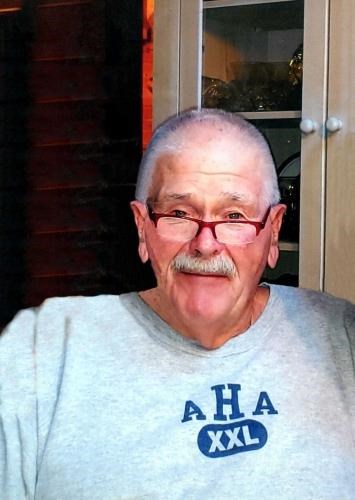 Ted was a graduate of Winnacunnet High School with the class of 1961, Bates College in 1965, and received his master's degree from Middlebury College in 1967.

Ted taught environmental studies and biology and also coached three sports at the Hotchkiss School, a private boarding school in Lakeville, Conn., for 31 years. In addition, he was a board member, instructor and active EMT with Salisbury Ambulance Service in Connecticut for 26 years. After retiring and returning home to Hampton in 1998, again he began coaching football, wrestling, track, and lifeguard training on a part-time basis at Phillips Exeter.

Ted was a communicant at Our Lady of the Miraculous Medal Church and was a very active member of the Hampton Area Lions Club, receiving the clubs highest national award, the Melvin Jones Fellow award. He also served as the first chairman of the board for the WHS Alumni Association.

Ted shared 39 years of marriage with his wife Betsey A. (Squire) Davis.

Due to Covid-19, a mass of Christian burial will be celebrated at a later date in Hampton. In lieu of traditional remembrances, donations may be made to the Salisbury Ambulance Service, P.O Box 582, Salisbury, CT 06068, or the Hampton Area Lions Club, P.O Box 1088, Hampton, NH, 03843.

To plant trees in memory, please visit our Sympathy Store.
Published by Seacoastonline.com from Jan. 2 to Jan. 5, 2021.
MEMORIAL EVENTS
No memorial events are currently scheduled.
To offer your sympathy during this difficult time, you can now have memorial trees planted in a National Forest in memory of your loved one.
Funeral services provided by:
Remick & Gendron Funeral Home
MAKE A DONATION
MEMORIES & CONDOLENCES
Sponsored by Remick & Gendron Funeral Home.
6 Entries
It is with deepest sympathy to Betsey and Ted's family that I express my sorrow on your loss. He was a very good roommate, teammate, and probably the hardest working student I knew at Bates. May God rest his soul and may your fondest and happiest memories of your time with Ted help you through this difficult time. Jim Callahan '65.
Jim Callahan
Classmate
January 22, 2021
Ted Davis was always kind to me. He had a great laugh and smile, and a warm comforting way.

I knew him since I was a young child and always looked to him with great respect.

I am saddened by this loss!

Lauren Stone
Lauren Stone
Friend
January 10, 2021
Incredible accomplishments. Ted was a great friend to my family, especially my dad (Richard). He helped all kinds of people in so many ways. A very inspirational life.
Kevin Sawyer
Friend
January 9, 2021
May the love of friends and family and your memories bring you peace, Betsey, I'm sorry. Love, Cindy
Cindy (Brown) Morrissey
Friend
January 5, 2021
May the memories of this special man be a blessing to his family. My love to Betsey and the family! Lana Powell, Tampa, Fl.
Lana Powell
Friend
January 4, 2021
So sorry to hear of Ted's passing, he was a great guy and excellent role model for the young people he coached. May you find comfort from those who surround you during this difficult time. Your fond memories hopefully will bring smiles to your faces in the days ahead. Rest In Peace Ted.
Roy E Morrisette
Exeter High School Wrestling
Roy E Morrisette
Friend
January 3, 2021
Showing 1 - 6 of 6 results