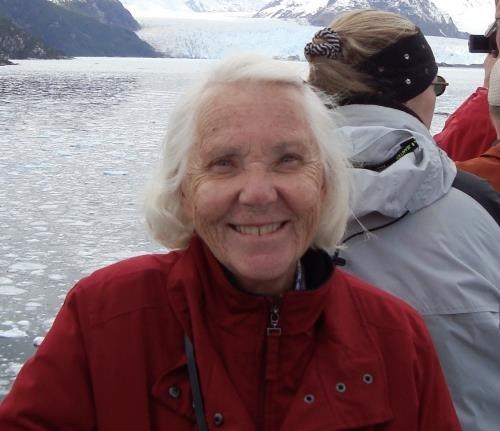 Genevieve was born in Boston, Mass. on July 11, 1933, the daughter of the late Daniel A. and Genevieve E. Hartigan.

She graduated from the College of Mount St. Vincent in Riverdale, N.Y. in 1956 and that same year married her husband, Gerard K. Green while he was in the U.S. Air Force. Genevieve devoted her time to raising her growing family. She volunteered with the PTA at St. Augustine's School in Andover, Mass. and with the Girl and Boy Scouts of America.

Genevieve grew up in Andover, Mass. and moved back to Andover with her husband and five children in 1966. Rye had been Genevieve's summer residence since 1940 and she and Jerry moved there full-time in 1987. They relocated to Hampton in 2014.

Genevieve was a communicant and Eucharistic Minister at St. Theresa Church, Rye Beach. She was also a member of the Portsmouth Yacht Club where she enjoyed club activities especially those involving sailing and traveling.

Family members include her husband, Gerard K. Green, her daughter Genevieve L. Finnerty of Dover, N.H., her sons, Daniel C. Green and his wife Maureen of Windham, Maine and Stephen K. Green of Lee, N.H., her nine grandchildren and her five great grandchildren.

Genevieve was predeceased by her son, Donald G. Green in 1992 and her daughter, Kathleen A. Smith in 2015.

SERVICES: Family and friends may visit from 10 to 11 a.m. on Wednesday, May 29, 2019 at the St. Theresa Parish Church, 815 Central Rd., Rye Beach. A Mass of Christian Burial will follow at 11 a.m. in the church and burial will be at 2 p.m. in St. Mary's Immaculate Conception Cemetery, Lawrence, Mass. The family requests that flowers please be omitted. If desired, donations may be made to Crossroads House, 600 Lafayette Road, Portsmouth, NH 03801.