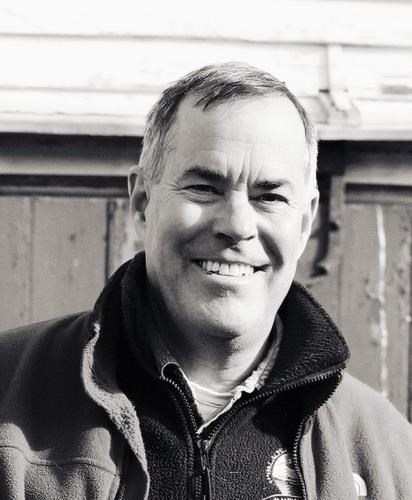 RYE - On Sunday, August 27, 2017, Stephen White, 71, beloved husband, father, grandfather, and friend passed away peacefully at his home with loved ones at his side.

He is survived by his wife of 49 years, Mimi White, his sister Anne Gwynne; his daughters Abby White and Rachel White; his sons-in-in law Christopher Curtis and Jonathan Mansbach; his grandchildren Caleb Mansbach, Dory Mansbach, Will Curtis and Noah Curtis, and his dogs Scout and Butter.

Known as Steve to friends and "Geeka" to his grandchildren, he was an avid fly fisherman and hiker. He was also a skilled card player. In the final months of his life, he became an American Contract Bridge League Life Master.

Born on February 24, 1946 in Boston, Mass., Steve was the youngest child of Abraham and Millicent White. A graduate of Rensselaer Polytechnic Institute, he took a job as an engineer at the Portsmouth Naval Shipyard in 1968 from which he retired in 2001.

A longtime resident of Rye, Steve was a dedicated steward of the land where he and Mimi made their home. In 2007 he and Mimi co-founded the Rye Energy Committee to help the town lower its carbon footprint.

Steve was a calm and gentle presence, with a dry wit. Although he was a man of few words, he was quick to laugh and took great pleasure in sharing the things he loved-fishing, hiking, and playing games-with those he loved. In his later years he and Mimi traveled to many places to fish and explore, most recently to Alaska earlier this summer.

SERVICES: A service for families and friends will be held at the Seacoast Science Center on Thursday, August 31, at 11 a.m. The family will also receive condolence visits between 10 a.m. to 1 p.m., on Friday, September 1, at their home. In lieu of flowers, the family requests that people take action directly or through donation to combat climate change, the most urgent issue of our time for Steve. Charitable gifts may be sent to the Southeast Land Trust, Trout Unlimited, or an environmental organization of choice.

Published by Seacoastonline.com from Aug. 29 to Sep. 1, 2017.
To plant trees in memory, please visit our Sympathy Store.
MEMORIAL EVENTS
Aug
31
Service
11:00a.m.
Seacoast Science Center
MA
MAKE A DONATION
MEMORIES & CONDOLENCES
8 Entries
We are heartbroken to hear about Steve and his dry humour and wit. Much love from Laura and Maz
September 8, 2017
Mimi, Kathy just notified me Steve had passed and sent me his obituary. I remember when I saw you at Elliot's that Steve had learned of his illness. Thank God you had a blessed marriage that has sadly ended too soon. Please accept my sincere condolences for your profound loss. I am truly sorry for you and your family.
Eleanor Clark Tunny
September 4, 2017
Sorry to here about Steve. I worked with Steve in the Nuclear Engineering department and remember having fun with him at the Christmas gatherings in Portsmouth.
He was a great guy to work with and know. My deepest sympathy to his wife and family.
Don Morse
September 1, 2017
I'm so sorry to hear about Steve from Marguerite. I was shocked to hear it. I extend my best thoughts to him for an easy passing and to you and the kids for the great loss this is.
Jewel Davis
August 31, 2017
Mim, I was so shocked and saddened to read of your loss. I can still see Steve in our Yoga class at the Y. Please know that I am thinking of you at this difficult time. Most fondly, Louise Hirshberg, Kittery
August 31, 2017
I am so sorry to hear of Steve's passing. He always seemed so gentle. My heart is with his family.
Merrilyn San Soucie
August 31, 2017
I only knew Steve through playing against him at bridge. He was always a formidable opponent but always kind. I will miss seeing him and admired him for the way he handled his illness. He had many friends at the bridge table. Sincerely, Lynn Reinhard
Lynn Reinhard
August 31, 2017
I was sadden to read that Steve had passed. I worked with Steve in the Nuclear Engineering Department at PNSY for several years. For a time he was my supervisor in the Reactor Engineering Division. Steve was a quiet man but I found him to be very smart and a good listener. I enjoyed working with him. He was a good guy who will truly be missed by the Nuclear Engineering Department family. I offer my deepest sympathy and condolences to his wife and family.
Bob Fiandaca
August 30, 2017
Showing 1 - 8 of 8 results