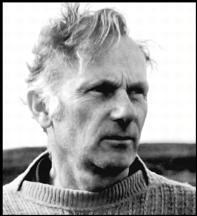 After weeks of rain and clouds the skies cleared and the freshly snow covered Northwest mountains called Allen Grant Oakley home on February 12, 2018. He died from complications following a heart attack almost a week prior. Family surrounded Allen during that last week and in his final moments. He was 91.

Born in 1926 in Leominster, Massachusetts to Florence and Leonard Oakley, he was the middle of three children. He joined the Navy at seventeen and served in Saipan. With his good grades, the GI bill and ROTC, he attended Rensselaer Polytechnic Institute and earned his Civil Engineering degree. It was in college that he developed his passion for hiking, climbing, and skiing. One summer he and his climbing buddies hitchhiked to Jackson Hole and climbed in the Tetons and worked in a sawmill to support themselves.

Following college he entered the Army Corps of Engineers. While stationed in Washington DC, he went on a blind date to play tennis and two months later he married Harriet Beasley. After leaving the Army, Boeing recruited him and Allen and Harriet drove across the country with their infant daughter, Karen. His career there spanned 34 years of testing aircraft and other structural components to ensure safety. He was well respected by his fellow engineers: "When we have a particularly difficult problem to solve, we give it to Al."

Allen took his children camping and then backpacking, as they grew old enough, eventually taking them climbing on the Northwest peaks and volcanoes. Winters were for skiing, spending every weekend at Snoqualmie Pass where Allen taught skiing. He coached, refereed, umpired, and cheered on his children and grandchildren's sporting interests. Later he was able to join his adult children on their own adventures from climbing in the Cascades to birding in the Aleutian Islands, and flying into Aialik Bay in Kenai Fjords National Park.

Always civic minded and supportive of education, Allen served on the Bellevue School Board for two terms in the 1970s. He regularly volunteered his time, in polling places, at schools, or for golfing tournaments. Allen was a 20-year docent at the Woodland Park Zoo where he loved taking his grandchildren to see the elephants.

Allen retired early to sail the seas on friends' vessels. He sailed up and down both coasts, through the Panama Canal and the Caribbean, and across the Pacific. Harriet joined him for many of these adventures where they had the time of their lives, especially in the Sea of Cortez.

Allen and Harriet raised their family and lived in Bellevue until 2010, when they moved to Merrill Gardens in Kirkland. The family is grateful for the loving care they received there especially from Cindy, Mia, Terri, and Linda.

He is survived by his children Karen (Steve), Lisa (Thede), Randy (Shellie) and Andrew; his grandchildren, Jeffrey (Michelle), Seven, Douglas, Erik, and Lucy; great-grandchildren Micah, Talia, and Miriam; and his sister Mary Anderson, and nieces Christine (Bruce) and Sue. He was preceded in death by his wife Harriet Beasley Oakley and his brother Robert.

Memorial donations may be made to the Audubon Society, the Woodland Park Zoo or The Mountaineers.
A celebration of his life will be held Saturday, April 28, 2018, 2 pm, East Shore Unitarian Church,12700 SE 32nd St., Bellevue.
To plant trees in memory, please visit our Sympathy Store.
Published by The Seattle Times from Feb. 20 to Feb. 21, 2018.
MEMORIAL EVENTS
No memorial events are currently scheduled.
To offer your sympathy during this difficult time, you can now have memorial trees planted in a National Forest in memory of your loved one.
MAKE A DONATION
MEMORIES & CONDOLENCES
Sponsored by The Family.
4 Entries
Though we lived miles apart, he was always my loving brother who called me early in the morning on my birthday. When we lived together, through high school, he often went out of his way to support me. Allen was a really nice person and i'm happy to claim him as my brother.
February 23, 2018
Through his daughters, I met Allan (and Harriet) more than forty years ago. His welcoming spirit, sense of humor, and wide-ranging knowledge always have lifted my spirits. Ave, Allan Oakley!
Polly Hessing
February 22, 2018
Oh, I am so sorry to hear of Mr. O's passing. He and Harriet were my second set of parents during my high school years. Without a second's hesitation, they opened their home to me my senior year. Mr. O even built us a study room in the basement. Their generosity was unmatched by anyone or anything I have known since. How lucky we were to have him on the school board, even if we were embarrassed to have him hand us our diplomas. Thank you, Allen Oakley, for being such a great role model. My condolences to the family.
Chris Meserve
February 21, 2018
I had the pleasure of knowing him during the years that I taught Karen and Lisa. He was a kind, passionate father and it showed in his children. May he rest in peace and may his family find comfort in the wonderful memories of him. Laura St. George [email protected]
Laura St. George
Friend
February 21, 2018
Showing 1 - 4 of 4 results