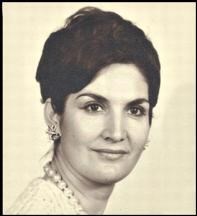 Aurora Ayala-Pena Pittle, a prominent restauranteur in Seattle and Bellevue in the 1970s and 1980s, died Saturday, May 19, after a long illness. She was 86.

Mrs. Pittle's foray into being a restauranteur started a simple way. In the early 1970s, she opened a booth during Fat Tuesday in Seattle's Pioneer Square neighborhood. Patrons raved about how she flavored her food with a unique blend of spices. Her salsa, which became her trademark dish, was reviewed multiple times as the best in Seattle.

With the success of the booth, Mrs. Pittle founded her first full-service restaurant, Aurora's of Mexico, on what was then called Empire Way (Dr. Martin Luther King Jr. Way) in south Seattle. Other restaurants followed in Bellevue's Crossroads Mall, and in Seattle at 4th and Stewart and at Greenlake.

She was a frequent guest on local television shows. She would show viewers proper Mexican cooking techniques. She eventually joined with Consolidated Restaurants and then with a Consolidated executive, who bought out Consolidated's interest.

Mrs. Pittle considered the exact blends of her spices a trade secret. She never shared the mixtures of spices she used. Once a week, she would close the kitchen to everyone while she made her spice combinations. She simply referred to them by numbers that gave no hint of their ingredients.

Mrs. Pittle's Mexican heritage remained important to her. In the 1970s and 1980s, she was an active supporter of El Centro de la Raza.

Mrs. Pittle retired from the restaurant industry in the mid-1980s, but not from cooking. In 1987, she and her husband, Ralph, opened Aurora's La Residencia, a bed and breakfast standing alone on a forested hilltop outside Redmond. The home occupies a beautiful, peaceful setting where visitors often see deer grazing along the driveway.

The B&B was named the most romantic B&B in Washington in a book that rated and ranked B&Bs. Mr. Pittle would welcome guests at the door only to hear the visitor ask, "What's that wonderful smell?" Mr. Pittle would then walk the guests to the kitchen to meet Mrs. Pittle, who would be hard at work over the stove.

Mrs. Pittle was born in San Antonio, TX, to Victoria Pena and Enrique Ayala. Before she turned 2, though, her family moved to their ancestral home in San Nicolas de los Garza, near Monterrey, Mexico. She was nearly 17 when the family returned to Texas. Mrs. Pittle credited growing up at her grandmother's heels for her love of preparing authentic Mexican cuisine.

Mrs. Pittle was also an artist. She began her working life as the colorist for San Antonio's top portrait photographer. In the age before color photography, she would expertly add oil paints to the large format black and white photos he had taken. Her work became popular for adding warmth and realism to the photos.

Mrs. Pittle is survived by her husband, Ralph, and her children, Charles Villegas (Jody) and grandson, Joseph, and Laura Villegas and granddaughter, Christina; as well as her step children, Suzanne Nelson-Pittle and David (Mary) Pytel and their children, Sofie and Henry. Mrs. Pittle is also survived by her sister, Roz Nodarse (Dr. Rafael) and their daughters, her brother, Ricardo Ayala (Sue) and their son. Mrs. Pittle would also have wanted to acknowledge her Aunt Min Pena who contributed much to her life and her cousin Adrienne Williamson, whom she helped raise. Mrs. Pittle was preceded in death by her oldest son Rene Villegas (Robin and son James).

Rabbi James Mirel will officiate at a special memorial service at 1:00 p.m. Sunday, June 17, at Aurora's La Residencia, Ralph and Aurora's home at 5355 - 204th Place NE in Redmond. Her friends and loving customers are welcome.

In lieu of flowers, contributions to the Alzheimer's Association, Washington Chapter in memory of Aurora are appreciated.
To plant trees in memory, please visit our Sympathy Store.
Published by The Seattle Times on Jun. 10, 2018.
MEMORIAL EVENTS
Jun
17
Memorial service
1:00p.m.
Aurora's La Residencia, Ralph and Aurora's home
5355 - 204th Place NE, Redmond, WA
MAKE A DONATION
Please consider a donation as requested by the family.
MEMORIES & CONDOLENCES
Sponsored by The Family.
0 Entries
Be the first to post a memory or condolences.