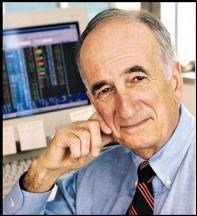 Brooks Geer Ragen, investment banker, civic leader, historian and author, died peacefully at his home of congestive heart failure on April 15, 2018 with his wife at his side. Despite a diagnosis of cardiac amyloidosis three years ago, he remained full of intellectual vitality until his last morning. He was a man of principle and purpose who enjoyed every one of his 84 years.

Born in Portland, Oregon on July 6, 1933, Brooks developed a lifelong attachment to the Pacific Northwest. After graduating from Lincoln High School, he journeyed east by train to New Haven. As the only public school graduate on the Yale squash team, Brooks was initially ignored by his teammates. Through determination, intelligence and understated charisma, he gained their respect and was elected captain as a senior. His devotion to racquet sports carried on with fiercely competitive twice weekly tennis games until his last year. At Yale, Brooks thrived academically and developed a love of history of the American West, a passion he nourished throughout his life.

During his sophomore summer, he had the incomparable good fortune to meet Suzanne Munk, then in high school, on a blind date. When Brooks met Susie at her house in Portland, he was taken aback when he saw Susie's mother, on the front porch speaking Czech, brandishing a BB gun and taking aim at marauding crows who were bothering her songbirds. Brooks and Susie drove with two other couples and a chaperone in a wood-sided station wagon to the Oregon Coast. At Hug Point, Brooks and Susie hiked to the top of a mountain. There Brooks announced to Susie, much to her incredulous amusement, that one day she was going to be his wife. After Brooks went back to Yale in the fall, hundreds of letters went back and forth between Portland and New Haven, preserved in neat bundles in a rattan and leather trunk to this day. When Susie went to Mills College, Brooks chose to attend Stanford Law School so that he could be near her. The week after their graduations in 1958, his prediction at Hug Point proved true and they were married in Portland. For the nearly sixty years of their devoted partnership, he delighted in saying, "The best decision of my life was to marry Susie."

The young couple moved to New York where Brooks attended NYU Business School and worked as a research analyst with Dominick & Dominick. In 1961, Brooks opened a Seattle office for Dominick and the couple relocated permanently to the Pacific Northwest. He co-founded two investment firms, Cable Howse & Ragen in 1982 which incorporated into Ragen MacKenzie in 1987, and McAdams Wright Ragen in 1999. Brooks led the successful merger of McAdams Wright Ragen with Robert W. Baird & Co in 2014. Deeply gratified by the merger and the collegial atmosphere of the firm, Brooks continued as a Vice Chairman of Baird, working in the office until this past February, seeing clients and friends in his home until the day before his death.

For more than 50 years, Brooks embraced roles of civic leadership. He served as board president of many Seattle institutions, including ACT Theatre, The Bush School, The Seattle Foundation, Seattle Bond Club, UW Medicine, Seattle Cancer Care Alliance and the Seattle Art Museum. He also served on the boards of the Washington chapter of the Nature Conservancy, the Bloedel Reserve and The High Desert Museum in Bend, Oregon. UW Medicine named their outstanding service award after Brooks. He was a Sterling Fellow at Yale and a devoted alumnus. Two years ago, Brooks received the Rupple Citzenship Award, given to the Baird associate who demonstrates the highest level of commitment to his or her community. He and Susie were generous benefactors to a wide array of charitable institutions, especially those focused on the arts, education, medicine and land conservation.

After years of funding the scholarship of others, Brooks embarked on a major history project of his own in 2008. Over five years, he found and mapped the route taken by a pioneer Geer ancestor on the ill-fated 1845 "Lost Wagon Train" hiking through the high desert of eastern Oregon. In 2013, the University of Washington Press published Brooks' book, "The Meek Cutoff" to critical acclaim. In a baccalaureate address, the president of Yale praised Brooks' research as an example of the "extraordinary ability" of Yale graduates who "move from one passion to another." "Our intrepid banker decided to find the route, and he engaged a geologist, an archaeologist, two museum curators, an aerial photographer and a gold prospector to work with him."

Devoted to his family, Brooks relished organizing multi-generational family adventures. With Susie, their three children, spouses and nine grandchildren, Brooks and Susie travelled to Croatia, Montenegro, the Czech Republic, the Galapagos, Mexico, Italy, Greece, Hawaii and Mackinac Island. He enjoyed many Ragen family reunions at Black Butte Ranch in Oregon. At family gatherings at Pile Point on San Juan Island, he loved leading character-building walks through blackberry thickets, meadows and bogs, culminating in breathtaking views from the bluffs to scan for orcas.

He is survived by the joy of his life, his wife Suzanne, his children Matthew Ragen (Amy), Lisa Ragen Ide (Arthur) and Cameron Ragen (Tori) and grandchildren: Jake and Josh Ragen, Maisie, Tessa, Roscoe and Nellie Ide, and Jackson, McKenna and Carly Ragen, his brother Ron Ragen (Lee), sister Janis Harrison (Bob), many wonderful nieces and nephews and his beloved dogs, Emma and Sherman.

There will be a gathering to remember Brooks Ragen at the

Memorials suggested to Seattle Art Museum, 1300 First Avenue, Seattle, WA 98101 or the Ragen Endowed Scholarship at UW Medicine, UW Medicine Advancement, Box 358045, Seattle, WA 98195-8045.
Published by The Seattle Times from Apr. 22 to Apr. 23, 2018.
To plant trees in memory, please visit the Sympathy Store.
MEMORIAL EVENTS
May
3
Memorial Gathering
4:00p.m.
Olympic Sculpture Park Pavilion
WA
MAKE A DONATION
MEMORIES & CONDOLENCES
Sponsored by The Family.
4 Entries
Today I was referring the book Brooks authored to a friend of mine. I'm so sad to read this news. He was a wonderful mentor and hired me at Cable, Howse and Ragen and I was able to buy my first home. A couple years ago I was so happy to run into him downtown on the way to his office. Also it was great to run into him at Indian Wells for tennis. Rest in peace dear man. Cindy Skinner
Cindy Skinner
May 14, 2020
Cindy Skinner
May 14, 2020
Suzie (as he was wont to call you), I last saw Brooks in December 1957 when he beat me (again) at one of our almost daily ping pong challenges in the basement at Crothers Hall. He was a good friend and law school study partner. I was thinking of him just two days ago (sixty years later!) and saw his name this morning, sadly, in the Spring issue of the SLS magazine. Yes, I remember him with fondness and the fondness with which he spoke your name. God bless and keep him, and you.
Martin Drobac
June 30, 2018
When giants leave the planet, their footprints remain. We deeply valued his warmth, his enthusiasm and his leadership during our wonderful years at the Bush School. We send our love to Sue and the family.
Les and Nancy Larsen
Les and Nancy Larsen
May 13, 2018
Showing 1 - 4 of 4 results