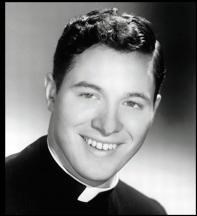 The family of David Jaeger sadly announces his death on July 22, 2014 from the complications of Alzheimer's disease. David was born July 27, 1943 in Seattle to Peter & Lorrayne Jaeger and was raised in the Green Lake area with his three younger sisters Marilyn Jaeger Veomett, Patti Jaeger Quinn, and Debbie Jaeger Knaub. He attended St. Benedict's school and Blanchet High School before entering St. Edward's Seminary in Kenmore as a sophomore in high school. David was ordained a priest for the Archdiocese of Seattle on May 19, 1969. He served as associate pastor in Vancouver, Wa and Everett and then in several administrative positions. His final assignment was directing Archdiocesan ministries to Gays and Lesbians as well as heading the Catholic AIDS ministry. He resigned from ministry in 2005 and then worked as the manager of the Helpline Call Center at the headquarters of the Society of St. Vincent DePaul until his retirement in 2012. He has resided at Gaffney House on First Hill since September 2013 due to the progression of Alzheimer's disease.

David was preceded in death by his father Peter in January, 2003 and his mother Lorrayne in November, 2011. He is survived by his longtime partner Steve Knipp and his loving sisters and their spouses, 11 nieces and nephews, and 5 great nieces and nephews. His family and friends are very grateful for his loving presence in our lives.

In lieu of flowers memorial gifts may be made to: The Society of St. Vincent de Paul of Seattle/King County, 5950 4th Ave S, Seattle, 98108