David R. Nank, age 79, of Edmonds, WA, died April 22, 2018. Born and raised in Michigan, he graduated from Princeton University in 1960, and the Columbia University College of Physicians & Surgeons in 1964. He took a surgical internship at the University of Washington Hospital, then served a year as a resident in general surgery. He interrupted his training in 1966 and served two years in the U.S. Air Force. He then returned to Seattle and spent four years in residency in orthopedic surgery at the University of Washington Affiliated Hospitals. Upon completion of his training in 1972, he joined Edmonds Orthopedic Associates and enjoyed the private practice of orthopedic surgery for thirty years.

David is survived by his sister Connie Morgan of Gaithersburg, MD, and by his two children: his daughter Elizabeth Nank Winquist resides in Lake Forest Park with her husband Matt and their two children. His son Timothy David Nank lives in Alexandria, VA, with his wife Beth and their three daughters. David is especially grateful to his dear friend and neighbor Susan Van Every, who has given her time and care so generously during his illness.

Remembrances are suggested to PAWS of Lynnwood, WA, Forget Me Not Animal Shelter of Republic, WA or to Pasado's Safe Haven of Sultan, WA.
Published by The Seattle Times on May 1, 2018.
To plant trees in memory, please visit the Sympathy Store.
MEMORIAL EVENTS
To offer your sympathy during this difficult time, you can now have memorial trees planted in a National Forest in memory of your loved one.
MAKE A DONATION
MEMORIES & CONDOLENCES
Sponsored by The Family.
6 Entries
Thank David for being there for me when my dad, your brother, Paul died. Your kindness throughout the years was truly appreciated. May you rest in peace and prayers for the family to take comfort in their memories.
Michele Goddard
Family
November 1, 2020
Having moved to Florida eighteen months ago, and facing the challenges in selecting new doctors, my wife and I were chatting about physicians we have known in our lives and of course the name of Dr. Nank came up. A truly stellar doctor and one who treated both my wife and me for many years until he left his practice. He was extraordinarily knowledgeable and extremely personable as well.
Of course I was prompted to look him up and found, sadly, that he had passed away last year. He gave so much of himself to so many people-we were blessed that our paths had intersected.
May he rest in peace.
Dan and Lynda Phillips
July 10, 2019
I was a neighbor of Gail, Libby and Tim's in Laurelhurst, having rented the cottage next door to the Nank family home for a couple of years. I later married David's brother in law, Brian Miles (affectionately called Brain by Tim.) Something recently compelled me to look up the Nank family, only to find this sad news. Please accept my belated condolences and heartfelt love.
Margaret Van Vliet
February 22, 2019
May your hearts soon be filled with wonderful memories of joyful times together as you celebrate a life well lived.
M B
May 28, 2018 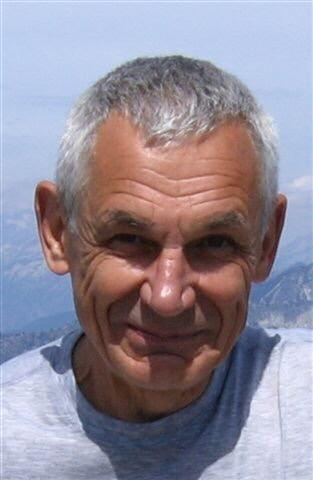 Connie Morgan
May 3, 2018
Was a great neighbor on capitol hill. Remember when his kids were born. And his cool corvette. Respectfully, Mike Grow.
Michael Grow
May 2, 2018
Showing 1 - 6 of 6 results