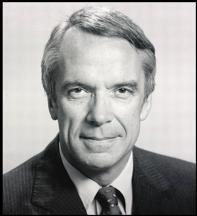 Bainbridge Island, died peacefully in his sleep on June 30, 2016 at home overlooking his beloved Puget Sound. He died content, sure of the love that surrounded him, and satisfied with a life rich with adventures and friendships.

Mr. Marsh was an international banker who lived and worked much of his career in Asia and New York, and was an active member of the Seattle area business and foreign affairs communities since 1977.

He served in the U.S. Army from 1951-53 with the 201st Armored Field Artillery Battalion at Dachau, Germany. He graduated from University of Michigan in 1955 with a degree in economics. Employed with JP Morgan from 1957 to 1976, Donald was instrumental in expanding American banking services to finance the development of Japan in the 1960s and 1970s. In 1977, he joined Rainier Bank as head of the International Division, and later was employed by Burlington Northern Inc., as Vice President International. From 1989-1994, Donald directed The Aspen Institute's Asia Program, where he facilitated seminars comparing western and Japanese values and helped establish the Aspen Institute's presence in Japan. In later years, he taught international business and economics at Seattle University and the University of Washington.

Donald's other lifelong passions include his family and friends, sailing, skiing, international travel, and the exchange of great ideas. He is remembered as a fervent advocate of Libertarian philosophy and causes.

Donald was born April 7, 1930 to Ruth Reppert Marsh and Donald Excell Marsh of Beaver Falls, Pennsylvania. In 1960, he married Josephine Roberts of Utica, New York, with whom he had three sons. Following their divorce, Donald married Takako Satoh, of Numazu, Japan in 1981,

with whom he enjoyed countless travels and adventures.

Donald is survived by his wife Takako Satoh of Bainbridge Island; sons, Duncan of Washington, D.C., Tobin and his wife Natasha, of Seattle, Kevin and his wife Erika, of Pocatello, Idaho; sister Dorothy Curren of Port Townsend, Washington; and grandsons Danil and Micah.

I am sorry for the loss of Don and sad not to have got to see him one more time. He was always a great and special man who lived a full life.

We can rejoice in fond memories and thank God for the chance to know a special soul.
May his memory always be a blessing!
Pablo Stanfield
July 16, 2016
Takako, we are sorry to hear of Donald's passing. We send our condolences, we so enjoyed talking to him. We wish you and the family our love.
Paul and Mickey Sagdahl
July 11, 2016
Don was on the World Affairs Council board with me for several years, along with another Don, Don Marsh. People jokingly called us "The 3 Dons." He was a real asset to the Council and the community.