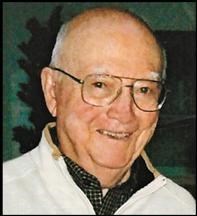 Don was born on June 17, 1920, the youngest son of Julio and Sara Soltero in Moore, Montana. His early years were spent in Lewistown where he was a star football athlete for Fergus High School. He left for California to attend Stanford University. In 1944, he went on to graduate from Marquette Medical School in Milwaukee, Wisconsin. Don served as a Lieutenant in the US Navy and then returned home to start his Medical career and be with his family. Don did his fellowship as an anesthesiologist at the Mayo Clinic, then moved to Seattle, Washington where he practiced Anesthesiology for 34 years at Swedish Hospital. He was a retired member of the King County Medical Society and the American Society of Anesthesiologists.

Don was an avid golfer and relished the friendship of his golf companions. He was a member of the fourth degree of the Knights of Columbus.

He was married to Mary Steigerwald for 69 years and had six children. He was a devoted husband who loved his family. He is survived by his wife Mary Soltero, his six children, Donald John Soltero DDS of Issaquah, Michael James Soltero MD of Santa Clarita, John Raymond Soltero of Sherman Oaks, Sara Ann Gore of West Linn, Julia Ann Linker of Bend, and Kathleen Mary Soltero of Denver. He is also survived by 11 grandchildren and 9 great grandchildren.

A reception will follow the service at Sunland Golf and Country Club.

The family suggests in lieu of flowers that memorials be sent in Don's name to the Alzheimer's Association either online or at 100 West Harrison St. N200, Seattle, Washington, 98119.
Published by The Seattle Times on Dec. 28, 2014.
To plant trees in memory, please visit our Sympathy Store.
MEMORIAL EVENTS
Jan
9
Rosary
10:15a.m.
Saint Joseph's Parish
121 East Maple Street,, Sequim, WA
Jan
9
Memorial service
11:00a.m.
Saint Joseph's Parish
121 East Maple Street,, Sequim, WA
MAKE A DONATION
Please consider a donation as requested by the family.
MEMORIES & CONDOLENCES
Sponsored by The Family.
1 Entry
When I was a surgery resident at Swedish he was always calm and great with patients and staff, and always informative.
Bill Korbonits
April 24, 2015
Showing 1 - 1 of 1 results