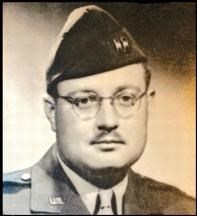 Active in the Democratic Party since 1958. Served as District Chairman, delegate to King County and State executive boards and delegate to the National Democratic convention in 1972.

Held two patents and endeavored to produce his invention.

Studied history, political science, economics, business, anthropology, the American Revolution and Sasquatches. He had researched information for a book to be titled "The Making of Modern Man".

Service to be held Wednesday, July 30th at 11:00am at Tahoma National Cemetery in Kent, WA. Online obituary, www.funerals.coop
To plant trees in memory, please visit our Sympathy Store.
Published by The Seattle Times on Jul. 27, 2014.
MEMORIAL EVENTS
Jul
30
Service
11:00a.m.
Tahoma National Cemetery
, Kent, WA
Funeral services provided by:
The Co-op Funeral Home of People's Memorial
MAKE A DONATION
MEMORIES & CONDOLENCES
Sponsored by The Family.
1 Entry
So sorry for the lost of your dear love one. May the "God of all Comfort" be with you during this difficult time. 2Cor 1:3
July 20, 2015
Showing 1 - 1 of 1 results