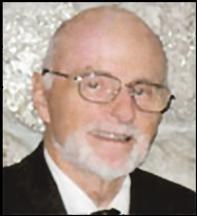 On April 12, 2016, Dr. Earl Busby (Buz) Hunt, 83, died peacefully in his sleep in the arms of Mary Lou Hunt, his wife of 61 years. A brilliant scientist, devoted husband, father, grandfather and valued friend and colleague, Buz leaves a legacy that will live on through his children, grandchildren and the many people whose lives he touched for the better. He is succeeded by his wife Mary Lou, sons Bob and Steven, daughter Susan, and eight grandchildren. He is joined in afterlife with his son Alan, who passed away in 2012.

Buz was born in 1933 in San Francisco, California to Robert and Beryl Hunt. He was raised mainly in Santa Barbara, when not following his father from base to base during World War II. During this time he developed a love of the outdoors, hunger for learning and an impressive game of tennis. A math prodigy, he attended Stanford where he was a member of ROTC and graduated with "great distinction" as a Phi Beta Kappa with a Bachelor of Arts in Sociology & Psychology. While at Stanford he met Mary Lou Smith, whom he married shortly after graduation.

Upon graduation, Buz joined the Marines where he served for 3 years before being honorably discharged as a Captain. After his service, he completed a PhD at Yale in 1960 studying "complex mental processes" and "learning, mathematical models and computer applications." This marked the beginning of a brilliant and impactful scientific career that would span 6 decades, where he became known internationally for his research studying the mechanics of human intelligence, cognition, and learning, and the development of mathematical and computer models of human behavior. Buz believed the job of a scientist is to describe the world as it is even if it is not always how we might want it to be, for that is the only way to truly understand and improve the world around us. Buz's balanced perspectives coupled with his vast knowledge and considerable critical thinking ability made him a widely respected and sought after contributor to programs focused on using psychological science to improve society.

During his career he served as a professor at Yale, University California, Los Angeles (UCLA), University of Sydney and the University of Washington (UW). He also held visiting professorships at Cambridge, Oxford, University of Texas and University of California, Santa Barbara. He spent the bulk of his career at UW where he co-founded the Computer Science department and spent 8 years as chair of the Psychology department. Buz was known for his ability to describe complex ideas on intelligence and cognition in ways that could be easily grasped by the nonscientific world and he was often sought by the press to discuss his research on intelligence and learning. He published ten books and authored hundreds of articles in leading psychological journals, and presented at leading academic conferences around the world. His book "Will we be smart enough: a cognitive analysis of the coming workforce" received the American Psychological Association's William James book award and his book the "Mathematical modeling of human behavior" was recognized as a Scientific American book club entry. Buz was Fellow of the American Psychological Association, Fellow of the American Association for the Advancement of Science, President of the International Society of Intelligence Research (2011), served as Editor of the Journal of Experimental Psychology, Journal of Mathematical Psychology, and Cognitive Psychology, and was a member of the Council of Editors of the American Psychological Association. He received several awards of distinction including a "Lifetime achievement award for contributions to the scientific study of intelligence" from the International Society of Intelligence Research and the Association for Psychological Science's "James McKean Cattell Award" for lifetime contributions to Psychological Science. One of Buz's proudest achievements was advising and mentoring numerous doctoral students, many of whom have subsequently gone to renowned careers of their own in psychology and computer science.

In addition to his prodigious scientific career, Buz was a devoted husband, father and grandfather. His wife Mary Lou was his best friend and stood by him as his compass, confidant, collaborator, encourager and love of his life. When he was not away on work, he and his family were inseparable. He found time to be actively involved in each of his children's lives and weekends and vacations were always devoted to family activities; particularly hiking, tennis, skiing, theater, travel or some other active pursuit. Buz read widely and his diverse knowledge spurred on many animated family conversations mixing together obscure historical facts, stories from literature, sports and art, scientific insights, and a healthy dose of humorous comments and word play. He shared his love of adventure with all of his kids and grandkids through trips that took the family to every continent except Antarctica.

Buz was a wise, caring and supportive father who encouraged learning, critical thinking and doing your best along with appreciating the wonders of nature and the meaning that is found through embracing life experiences. Through him, all his children share a love of travel, history, learning and witty puns. Most of all, Buz was a man of extraordinarily high character and a role model of integrity, giving, humility, hard work and respect. These traits defined him and we honor his memory through our efforts to emulate them in our lives and pass them down to our children. Mary Lou, the children and grandchildren will miss Buz tremendously, but we rejoice in the life he shared with us and shall move forward with inspiration and gratitude for the man he was. Buz left this world surrounded by love and the love he gave will always be part of us.

or the Alan J. Hunt Memorial Lecture fund at the University of Michigan: https://leadersandbest.umich.edu/find/#!/give/basket/fund/796858/tributee/Dr.%20Alan%20J.%20Hunt/type/memory

To plant trees in memory, please visit our Sympathy Store.
Published by The Seattle Times from Apr. 23 to Apr. 24, 2016.
MEMORIAL EVENTS
No memorial events are currently scheduled.
To offer your sympathy during this difficult time, you can now have memorial trees planted in a National Forest in memory of your loved one.
MAKE A DONATION
MEMORIES & CONDOLENCES
Sponsored by The Family.
2 Entries
Dear Susan, it was a great privilege to read about your father. What a guy! And what a childhood you enjoyed! You and your family will be in our prayers as you make this large adjustment. Good to know you will see him again at the end of your journey.
Pam Hay
April 28, 2016
I am so sorry for your loss. I hope Jeremiah 29: 11, 12 brings you some comfort during this difficult time.
April 27, 2016
Showing 1 - 2 of 2 results