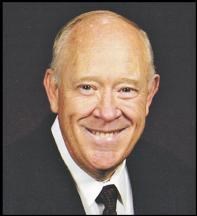 Jerry attended Lincoln High School in Seattle, Washington, and graduated in 1959. He then attended Seattle Pacific College, graduating with a Bachelors Degree in Economics and Business in 1963. After college, Jerry was drafted into the Army and served for two years during the Vietnam War. Upon his completion of military service, Jerry married Kathi, and rejoined the family business, Vitamilk Dairy.

Quality Always. This was the slogan of Vitamilk Dairy, and for Jerry, "Quality Always" reflected much more than a business philosophy, but a way of life in family, friendships, faith, and business.

Jerry's business savvy, compassionate managerial style, and troubleshooting abilities ensured his rise within Vitamilk. Jerry began work at Vitamilk at age 12 in facilities maintenance. He worked in the plant through college, often 16 hours a day, learning the business. After serving in the Army, Jerry rose quickly into management at Vitamilk, soon overseeing production and distribution. In 1974 Jerry was named President and General Manager of the company and led the growth of Vitamilk for 30 years. Jerry's reputation throughout the business community was one of honesty and integrity. Jerry was hands-on and exacting. He took great pride in the quality and integrity of Vitamilk products, and their high level of customer service. Even when annual sales reached $50 million, Jerry never forgot the human side of business. He treated his employees with respect and concern. He ate lunch with them and wasn't afraid to get his hands dirty. Jerry was a leader nationally in the dairy industry, serving on boards including Quality Chekd Dairies, Inc. He also served his local community as a member of Shoreline Rotary for more than 30 years.

Jerry brought the same level of passion, integrity and commitment into his family. Jerry and Kathi Teel were lovingly married for 52 years. They raised three daughters, partnered in business, built community and traveled the world. Their marriage is marked with great love, fun laughter, deep friendships, generosity, and adventure. Their home was always warm and open, welcoming friends, facilitating relationships, and loving those around them. Jerry supported his children in all of their endeavors and showered them with love, resulting in close friendships with each as adults.

Above all, Jerry loved Jesus. He followed Christ all of his life and gently welcomed others to join him. He loved to invite friends and neighbors to Church and help them get plugged into the Sunday School Class that was just right for them. Jerry and Kathi were active participants and leaders in the Samaritan Class at First Free Methodist Church for more than 50 years, serving Jesus, raising their families together, and growing the Kingdom of God. Jerry served on the Board of Trustees at FFMC for many years. He gave generously to all those in need who crossed his path and prioritized people over all else throughout his life. He loved well.

Jerry believed deeply in the mission of Christian Higher Education. He served and supported his alma mater, Seattle Pacific University, all of his adult life, serving on the Board of Trustees, founding the E. Gerald

and Katherine Teel School of Economics and Business Scholarship Endowment, coor-dinating a partnership between SPU and the Teel Charitable Foundation, sponsoring sporting events such as SPU Basketball's Vitamilk Classic, etc. Jerry and Kathi were named Seattle Pacific University's Alumni of the Year in 2006.

We will miss "doing" life together.

In lieu of flowers, please direct gifts to the Seattle Pacific University School of Business.
To plant trees in memory, please visit our Sympathy Store.
Published by The Seattle Times from Jan. 24 to Jan. 28, 2018.
MEMORIAL EVENTS
Jan
28
Memorial service
3:00p.m.
First Free Methodist Church
3200 3rd Ave W., Seattle, WA
Funeral services provided by:
Purdy & Walters at Floral Hills
MAKE A DONATION
MEMORIES & CONDOLENCES
Sponsored by The Family.
11 Entries
Dear Kathi, I have wonderful childhood memories of you, Jerry and the girls. Christmastime always meant catching up with your family at the Frederick & Nelson brunch. I fondly remember Jerry's laugh, your warm smile and the accordion player belting out Christmas carols. Please tell Kim, Molly and Julie hello for me. I wish all of you peace and strength. Jerry was such a kind, caring man.
Vicki Erickson
January 29, 2018
My dad was pals with the Teels since before I was born. Jerry and his family were the funnest people to have come around! He always seemed sincerely happy to listen to the ridiculous stuff that was important to me as a kid. My sister and I always looked forward all year to spending Christmas day at the Fredrick & Nelson brunch with their family. 100% of my many memories of Jerry and his family are joyful, that's truly rare :) Thanks for taking the time to listen to me when most of the other adults were blowing me off. Farewell Jerry, and thank you!
Todd Erickson
January 29, 2018 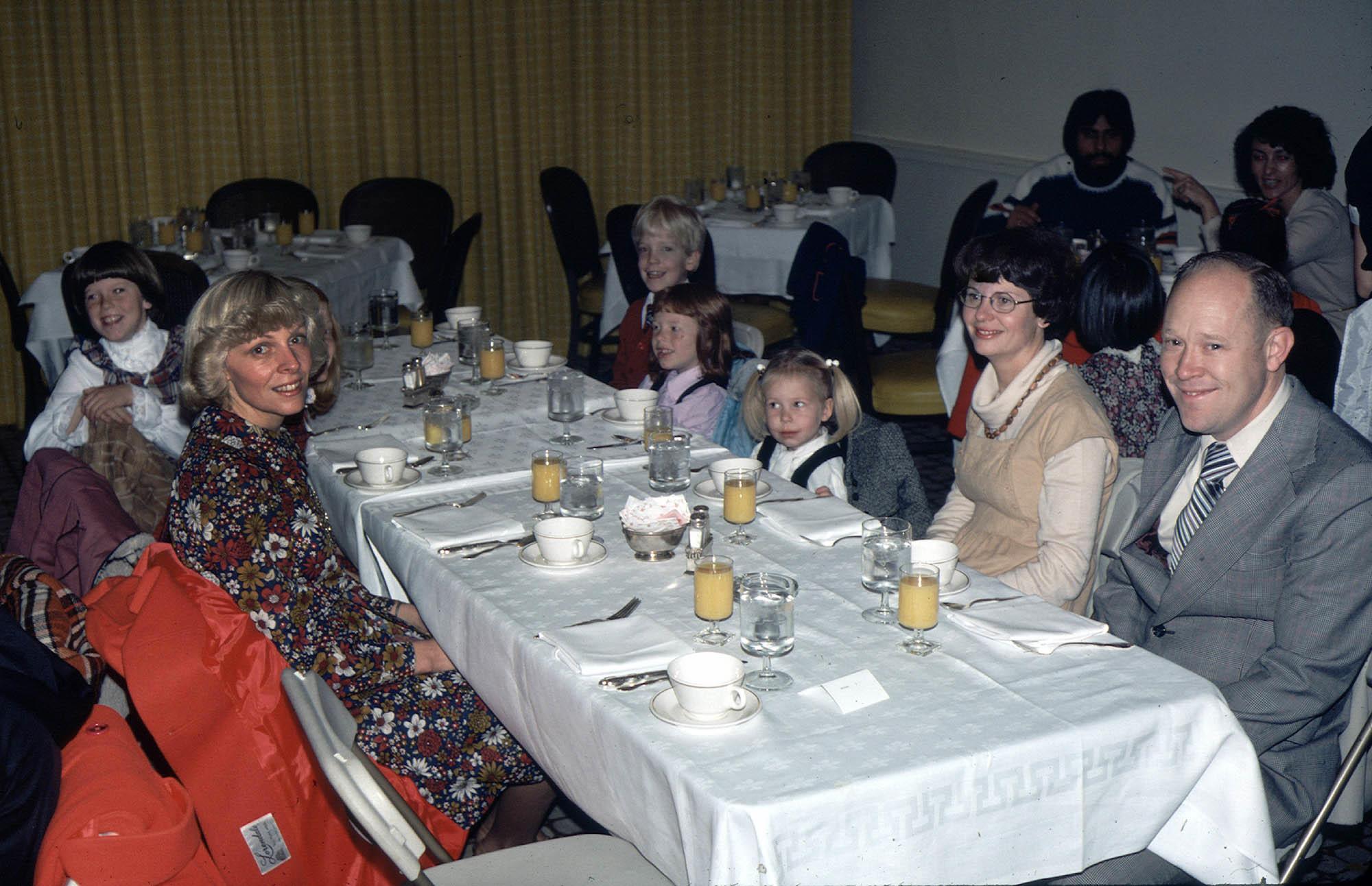 Todd Erickson
January 29, 2018
I didn't know Jerry well, but my memories are that he was kind with a sense of humor.
Julie Bolt
January 29, 2018
So very,very sorry to hear of Jerry's passing.I had huge respect for Jerry. In the 30 years that I spent at Vitamilk I have never worked with a finer man and his family and the Vander Pol and Madden families. Jerry always had time to talk with you and help you work out any problems you may have had. His honesty and integrity were to be admired. WE worked side by side helping the farmers during their time of need during the floods and many other situations with them. My heart goes out to Kathy,Kim,Polly and Julie and their families. I miss you all.
Mike Marty
January 28, 2018
Ted & Roma Walters
January 28, 2018
Remembering Jerry's time spent with Uncle Cliff and me in Edmonds if free time from studies in college. Remembering the wedding of Kathi and Jerry In Harrington where grandparents were pioneer families. Remembering their first home at 777 N. 203d and other sweet memories. Time
passes but memories last forever. Elaine
Elaine Teel
January 26, 2018
My condolences to the extended Teel family. I worked in the Vitarich ice cream department from 1989 until the close of the dairy in December of 2004. My memories of Mr. Teel are of a man who really cared about his employees. He always asked how I was doing whenever our paths crossed. I always appreciated that and was one of the reasons I stayed at Vitarich instead of going back to work at Carnation Dairy when I was recalled back to work after a layoff. It was a decision that I never regretted. Thank you Mr. Teel for being such a great man. May you rest in peace.
George Carlin
January 26, 2018 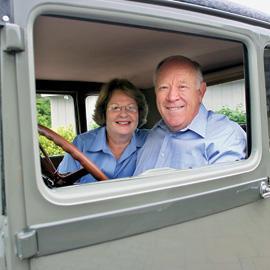 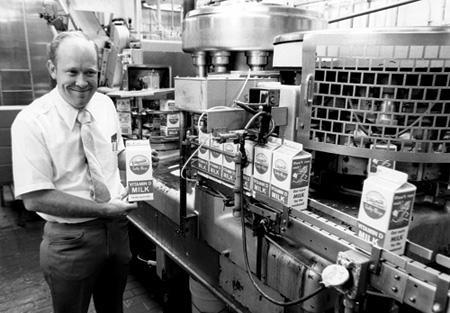