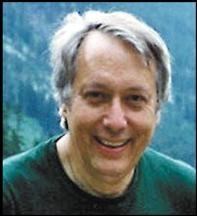 Eric passed away peacefully at home, surrounded by his loving family after a battle with cancer. Eric was born to Virginia and Chris Jensen and grew up in Fargo, North Dakota. His enlightened parents -

Virginia was a music teacher and Chris was an agricultural scientist -

provided wonderfully stimulating environment where their three children Eric (oldest), Peter, and David could flourish. They introduced their children to classical music and encouraged them to engage in vigorous intellectual and creative endeavors. Eric was recognized as a prodigy early on and received nourishing support from his community. He graduated from Fargo Central High School and was chosen as a National Merit Scholar. He was fortunate to have had great music teachers including Sigvald Thompson, a renowned cello and composition teacher and music director of the Fargo-Moorhead Symphony Orchestra in Fargo, and Leonard Rose, a world-renowned cellist in New York City. He performed as a cello soloist with Fargo-Moorhead Symphony Orchestra. He attended Meadowmount School of Music one summer. The humanity and pedagogy of violin master Ivan Galamian at the school left an indelible impression on Eric. He earned his B.A. (1965) and Master of Music degree (1969) from Yale University. He trained with virtuoso cellist Aldo Parisot. He then moved to University of Iowa and earned a M.A. (1970) and a M.F.A. (1971) and a PhD in composition (1977). while continuing to compose and give musical performances on campus and on tour. He was cellist with the Center for New Music at the University of Iowa. Friendships formed through these studies and performances had a life-long influence on Eric's development as an artist. He joined the faculty of the Grinnell College and taught music theory, composition and electronic music, and performed for several years there. At Grinnell, he directed the experimental electronic music studio. His involvement with modern experimental music through composing and improvisation using various electronic instruments grew deeper during this period.

Eric travelled to the Pacific Northwest on his vacations and was deeply moved by the pristine beauty and vitality of the environment with potential for new possibilities and decided to move to Seattle permanently in the mid-1970s. His focus then began to shift away from securing an academic career to living more independently as an artist and educator. He taught briefly at a local college as a music faculty while continuing to teach privately. He became active in the local avant-garde arts scene including the And/Or arts organization as a professional cellist and composer. He became a member of the improvisational music ensemble, "First Avenue," with Jim Knapp and Denney Goodhew. The integral part of their work grew out of artistic collaboration with the American Contemporary Dance Company / Skinner Releasing dance ensemble. This group successfully recorded an album, "First Avenue," with the ECM recording company in the 1980s. The album has since become a collector's item. Natural leader, pioneer and inventor at heart, Eric began to build a family of electric bowed musical instruments he designed in 1983, with help from local artisans, becoming one of the first such makers in the world. He established his own company, Eric C. Jensen Musical Instruments. He designed, assembled, and sold his custom-made electric violins, violas, cellos, cellobasses, and basses to musicians of diverse genres, including classical, jazz, rock, pop, country, traditional ethnic, and new progressive music in the U.S., Canada, Europe, South America, and Asia. His designs were widely praised as most advanced among electric bowed instruments for successfully integrating beauty with ergonomic comfort and for their ability to produce superior sound quality. Eric's instruments were featured in Strings and the Strad magazines, and his business was featured in the Puget Sound Business Journal in January 1993. The Canadian premier of American composer John Adams' composition for solo electric violin and orchestra, "the Dharma at Big Sur," was performed by the Vancouver Symphony Orchestra in November 2005 on Eric's custom-ordered electric violin.

To Eric, his wife Julia (Airyang) and son Soren were the light and love of his life. Eric's long-lasting marriage to Julia was based on their mutual respect, shared quest for truth and appreciation for the universality of humanity and spirituality of embracing life on earth holistically. Their partnership was that of two trees merging into one and helped keep up their shared passion for good work and life. Their travels to Europe and Asia refreshed their interest in their respective heritage and world cultures including his Danish roots. Eric travelled to his ancestral place in Denmark with their son Soren in 2006 to share this appreciation.

His on-going communication and loving relationship with his two brothers has had an important influence on all three men in their creative lines of work; Peter as a cinematographer, writer, and inventor, and David as a harpsichord and electronic organ maker.

Eric was a Renaissance man, ardent lover of nature, good father, loving son, husband, and brother, and beloved friend to many people. He leaves behind a legacy of an American original who believed in the merit of living an authentic life that is independent, creative, and honest. His kind, brilliant, and wise presence will live in the hearts and minds of his family and friends forever.

He is survived by his wife Julia Park and son Soren Jensen of Seattle, his brothers and sisters-in-law, Peter, Gayle, David, and Janet, and their children and grandchildren.

A private Celebration of Life will be held among family and friends in August 2017. He received loving and attentive care from the Kaiser Permanente Hospice Care in the last months of his life. Those interested may consider a donation to the organization in his memory.
Published by The Seattle Times from Aug. 8 to Aug. 9, 2017.
To plant trees in memory, please visit the Sympathy Store.
MEMORIAL EVENTS
To offer your sympathy during this difficult time, you can now have memorial trees planted in a National Forest in memory of your loved one.
MAKE A DONATION
MEMORIES & CONDOLENCES
Sponsored by The Family.
5 Entries
I still play my Jensen Violin professionally to this day. Eric is missed from the music scene.
Vincent Calcaterra
Other
August 2, 2021
I would like to add my condolences to the family of Eric. I never met him in person, but I commissioned a five string Violin from him that I play every day. I am sorry that I missed the opportunity to meet this fine man.
Vincent Calcaterra
August 27, 2018
I am sorry to say I never met Eric, but his Mother was my music teacher at Hawthorne Elementary in Fargo, ND. She let me borrow a violin from her so I could take lessons and I was allowed to play in Orchestra in 3rd grade. I have enjoyed playing ever since thanks to her. She was a great inspiration, as she obviously must have been for Eric. I am sad to hear of his passing and wish I could have met him and told him I too am now performing and teaching , remotely sharing the legacy of his mother of possessing a passion for string music. I am pleased to see his accomplishments, and it is by chance I came to read about him. I am playing a 5 string acoustic/electric violin I have had for 35 years and I look forward to researching more about Eric's recordings and instruments he designed. Although we never met, I feel a connection through our shared influence from his mother Virginia and coming from the fertile arts community here in Fargo instilling a lasting love of Music from childhood on to a lifelong pursuit. I am inspired by his story and send my sincere condolences to his family, from a fellow string player from Fargo, ND.
Loy Larson
November 7, 2017
To the family of Eric Jensen:

Condolences to the family of Eric Jensen. I was sorry to learn about his passing. I took cello lessons from him for a couple of years in the mid-1980s. I was new to the cello, but 45 years old. He gathered material for me to learn on that would be meaningful for me, yet teach me techniques I needed. I then was away from Seattle for a few months and didn't take lessons after that, although I still play actively, some 30 years later sometimes practicing using music he gave me.

He had his students give a recital at the end of the school year in his home. My daughter was visiting, from music school, and was shocked that I wasn't going to warm up at home before I went. That was all new to me. At the recital I basically froze and it sounded terrible, but Eric was compassionate he'd seen that before I'm sure.

One time he wasn't there for my lesson. He said he would come to my house for the next lesson. I said he didn't have to do that, but he insisted. An added bonus was I had just bought a Macintosh computer and had a program in which a song was recorded, but you could silence one of the parts and play along with the computer. He was interested in that technological advance and we tried it out. Later, of course, he made electric cellos.

I am grateful for Eric's help in improving my cello playing and laying the groundwork for 30 years of fun and satisfaction.
Bruce Finlayson
August 11, 2017
My condolences to your family in this time of grief. I'm so excited for the time soon when God will do away with death forever (1 Corinthians 15:26)
Darcy R
August 8, 2017
Showing 1 - 5 of 5 results