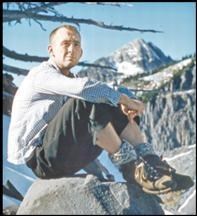 On March 22, 2020, Frank C. Fickeisen passed away peacefully. We remember him as an energetic and passionate husband and father.

He was a Seattleite through and through. His family arrived in Seattle before the great fire of 1889. He was the second child of a teacher, and a jeweler. His father passed away when he was young and his mother brought up he and his brother, Henry, throughout the great Depression on a school teacher's salary. He grew up in the Rainier Valley near Seward Park. He attended Franklin High School and graduated early in 1944. He briefly attended classes at The University of Washington before enlisting in the Navy where he trained in radar. When he returned to Seattle he finished his B.S. and Masters in electrical engineering. He went to work for Boeing, and had a long and varied career working first with the BOMARC, a defense missile, and then moving on to their commercial division, where he worked on the 707, 747, and 767. He worked to certify twin engine jets to fly longer worldwide routes as part of the ETOPS program and travelled the world helping airlines and governments adopt safety measures needed to safely operate these routes. He was among the first group of Technical Fellows named by Boeing in 1989. He "retired" on April 1st 1993. Which turned out to be a great joke! He then continued to travel and consult with numerous air safety agencies throughout the world, his real retirement came more than 10 years later.

He was a dedicated skier and climber, often heading to Sun Valley or into the Cascades to back country ski. He joined the Mountaineers, and served as Climbing Committee Chair and President. He led climbs of Mt Waddington in 1960 and to the St Elias area. He helped with the exploration of what would become Crystal Mountain. He was so concerned with protecting the natural beauty and resources of Washington state that he became an active voice in conservation organizations like the Olympic Park Association, the North Cascades Conservation Council, and as president of the Federation of Western Outdoor Clubs. He worked for several years with the American Friends Service Committee to support the rights of Native Peoples to use ancestral lands.

He married Margaret Post in 1962 and had 2 children. Together, they loved to travel and ski and hike around the world. He and Margaret enjoyed listening to opera and classical music and many trips were made to Europe to enjoy concerts. In his later years he could be found reading and "researching" in his library next to the fireplace with the family cat on his lap. He loved baking breads and cooking breakfast.

He leaves behind his wife and 2 children and numerous cousins, as well as many old and new friends who will remember and cherish his memory.

A memorial will be scheduled at a later time. In lieu of flowers, donations in his memory may be made to the conservation organization of your choice. 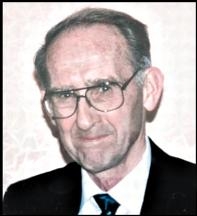 To plant trees in memory, please visit our Sympathy Store.
Published by The Seattle Times on Jun. 21, 2020.
MEMORIAL EVENTS
No memorial events are currently scheduled.
To offer your sympathy during this difficult time, you can now have memorial trees planted in a National Forest in memory of your loved one.
MAKE A DONATION
MEMORIES & CONDOLENCES
Sponsored by The Family.
17 Entries 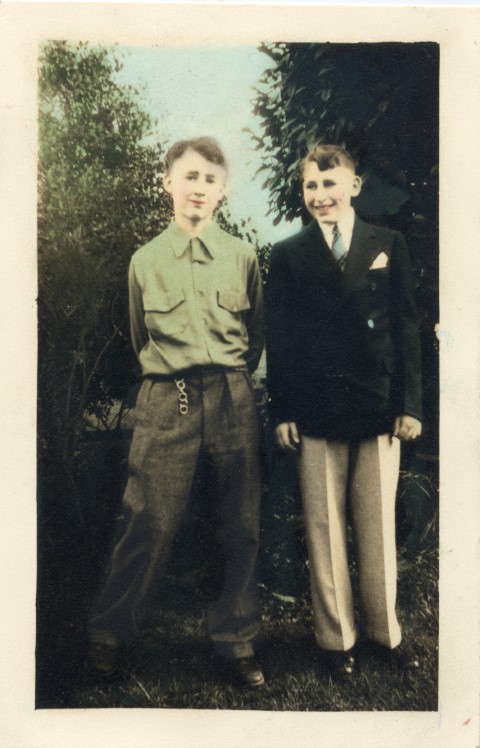 I met Frank in Kindergarten, in about 1932. We went on to go to Whitworth Elementary School (see grade school graduation photo, Frank on the left, I am on the right), and Franklin High School.

We lost touch over the years, but reconnected in about 2004. I was looking at a used car that year, and it turned out that Frank and Margaret lived next door.

We started, what would become a decade and a half tradition of eating breakfast out once every other week. Most of those times at Burgermaster at University Village.

We would sit and discuss the local and world affairs of the day. It was something I always looked forward to and now greatly miss now that he is gone.
Robert Buchanan
Friend
July 5, 2020
met Frank in 1956 and we did many climbing and skiing trips together.
He was always full of life and good humor.
I also worked with Frank at Boeing.
My wife Antje and I were personal friends with Frank and Margaret. Frank came to our wedding in 1961.
I'll never forget Frank and all that he added to our lives.

.
Keith Gunnar
Friend
June 27, 2020
Dearest Margaret, I hold close the memory of meeting you and Frank and working with you to install the treasures of your travels at your home. Through my work with collections I have met many interesting people, but I will always remember Frank and you as two of the most genuine and fascinating people I've ever had the chance to know. Frank's tales of climbing and Boeing and your travels in New Guinea were amazing, but it was the true kindness and caring that I really treasure. Godspeed to Frank, and my love and best wishes to you.
Jamie Hascall
Acquaintance
June 25, 2020 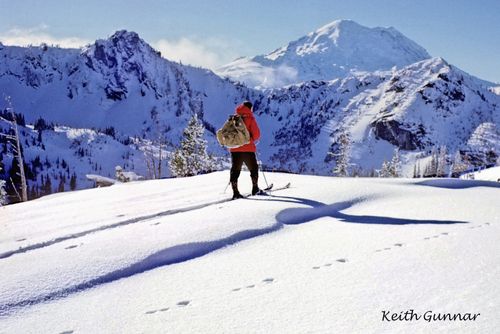 Margaret Fickeisen
Spouse
June 22, 2020
As a new Boeing engineer in 1980, I remember Frank as an example of great leadership for me and other engineers on the 757/767 program.
Bill McKenzie
Coworker
June 22, 2020
I worked with Frank on the 747 and 767 programs. I have the same memories of Frank that many have: he was a highly competent technical engineer who bore in on analyzing and solving problems like a Sherlock Holmes. Above all, he was a gentleman and a pleasure to work with; always willing to help us new, young engineers with our problems. My condolences to his family.
Jeff Ohlson
Coworker
June 22, 2020
I am sorry I never met Frank. My father ,Leo Azose worked with Henry Fickeisen in 1914 at Joseph Mayer jewelry factory. Henry trained my father to do diamond setting .My father worked with a jeweler named Richard Endres. My father showed me the house that he helped build in Seward Park. just off Ferdinand street. Young Henry would come into the shop to see Mr Endres and my father, and he knew them by name .Mr Fickeisen was a very fine jeweler, and he taught my father to be the same. I have heard so much about him, I feel I almost knew him personally.
Please accept my deepest sympathy.
Solomon Azose
June 22, 2020
I got to know Frank and Margaret through volunteering on the Mountaineers History Committee. I appreciated Frank's warmth, quiet wisdom and good humor. My thoughts are with Frank's family and friends at this time.
Lowell Skoog
Friend
June 22, 2020
Frank was responsible for my career at Boeing. He called me to work for him and guided me for decades, long after he retired. Frank was also my inspiration to start running for exercise to enable more hiking and climbing. Stories of his kids adventures were always inspiring. And my parents remember the Fickeisen bakery.
Daryl Heinzerling
Coworker
June 22, 2020 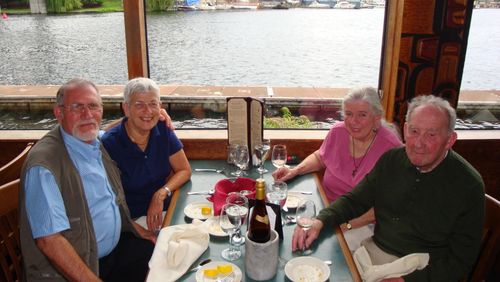 We have wonderful memories with our visits with Margret and Frank at the aviation conferences (International Federation of Airworthiness) and our visit to Seattle. May his memory be blessed.
David and Ruthi Elazar Rishon LeZion, Israel
Friend
June 22, 2020
Frank was President of the Mountaineers when nearly all of the climber members knew each other. He was of the finest character and the world is worse off for the loss of him.
N.Michael Hansen
June 21, 2020
I enjoyed working with and knowing Frank for years. He was an extraordinary engineer and gentleman.
He is missed!
Ron Robinson
Coworker
June 21, 2020
Frank was very thoughtful and had an amazing life. So glad to have met him
John zehren
Friend
June 21, 2020
Frank was a good friend and fellow engineer at Boeing. He made many contributions to the company and the industry and his family must be very proud of him.
Robert Davis
Coworker
June 21, 2020
I was very sorry to hear of Franks passing. He was a kind, smart and funny fellow.